Home
Television
Can All Elite Wrestling ever catch up to WWE? 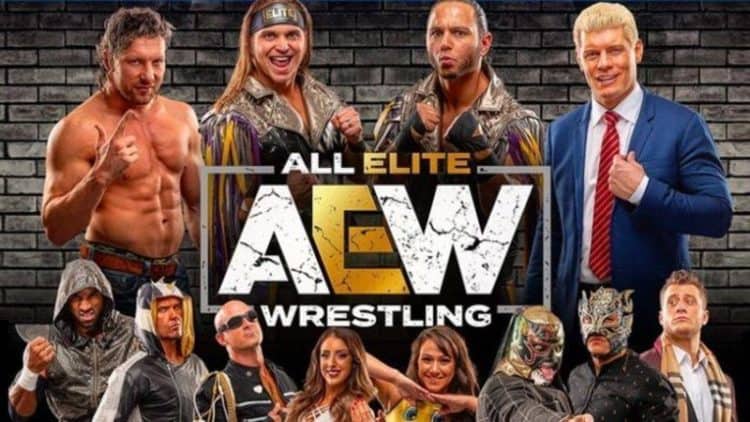 Following this success, Cody and The Young Bucks decided to expand their ambition, and with the help of billionaire Tony Khan, they founded the All Elite Wrestling (AEW) promotion on January 1st 2019. The two-hour weekly show will commence on October 2nd 2019 on TNT. The announcement created an enormous wave in the pro wrestling industry as many fans felt that a wrestling promotion founded by world superstars could finally give WWE some serious competition. However, the question many have been asking is “can All Elite Wrestling ever catch up to WWE?” Here are a few ways that Ell Elite Wrestling is revolutionizing the wrestling profession.

Over the years, WWE ratings have been dwindling, and at the end of 2018, the event recorded the lowest scores in their 26-year history. According to Forbes, fans labeled the 2018 WWE the worst ever due to its weak storylines. All Elite Wrestling is, however, expected to be exciting as Cody Rhode’s father, Dusty Rhode, is scheduled to play a creative director role in the show’s management. Notably, Dusty Rhodes is one of the most acclaimed 1980’s wrestlers. His influence is expected to give confidence to AEW’s on-screen scripts and make the show a legit competing force.

One of WWE’s most significant setbacks is that the event does not recognize wins or losses. It is a constant phenomenon for WWE’s titleholders to lose their titles to any wrestler provided the fighting roster has given one the platform to fight a titleholder. It’s challenging to comprehend WWE’s fighting roster criteria, and this is something that All Elite Wrestling is drafting to transform. AEW has made it clear that a serious roster ranking of its talent will be used to determine who is given chances in title matches. It will also stimulate a sense of unpredictability in the program and emphasize to each wrestler that wins and losses matter. Such changes will create an atmosphere of suspense among the fans throughout the show and make it feel more real like professional sports, something that WWE has been lacking.

For a long time now, WWE has been shirking their tag team divisions, and airing tag teams matches only occasionally. With tag team The Young Bucks as part of the executive, the federation is setting up a program that will ensure tag teams are prioritized and in full display. The competition will start by initiating the first AEW tag team tournament and award the first AEW tag team champions. The step will plant a new degree in professional wrestling and help distinguish All Elite Wrestling from World Wrestling Entertainment.

AEW’S executive vice president Cody Rhodes has hinted that his main objective is to transform wrestling to operate as the film sector where labor unions insure stars. According to Wrestling Inc., AEW President Tony Khan has stated that the company will provide health insurance and full employment to persons substantially contributing to the federation whether in or out of the ring. These initiatives are likely to make AEW an enchanting option for talents who feel they are not being given better roles and treatment in WWE.

Former WWE stars such as Jim Ross and Chris Jericho have already defected to AEW with wrestlers like Sasha Banks and Dean Ambrose refusing to renew their contracts at WWE. Reasons behind wrestlers WWE leaving are cited as unhappiness with their given on-screen characters, lack of health insurance benefits and poor creative directions. With a few more signings, AEW will pull more of WWE fans who will follow their wrestling stars. Eventually, AEW will attract a broad audience, translating to more revenue for the company, thus elevating their competing status.

Keen on standing out and diversity

In 2013, Total Non-stop Action (TNA) held their most significant event of the year, and only 3000 people showed up in an arena capable of holding up to 15000 people. What went wrong? TNA was trying to be like WWE as it started by signing WWE’s abandoned wrestlers such as Booker T and Kevin Nash. As much as AEW is bringing in WWE’s stars, the company is also keen on promoting potential upcoming leads by giving them significant roles and providing fans with a second option that is not as similar to WWE. Such measures help AEW stand out and avoid being another version of WWE, thus placing them in a competing position.

AEW is also letting their fans know that they are a company of diversity away from the traditional wrestling companies. The company has recently announced the signing of Nyla Rose, who is from the LGBTQ+ community and plans of bringing a Chinese act in front of American screens are ongoing. The move is opposed to WWE which has reportedly had a strained relationship with the LGBTQ+, and some of its casts have bashed gays. The fact that AEW is ready to embrace them displays that the company will be launching a wrestling series which is open-minded, something WWE does not seem to be doing.

AEW has also landed a major TV deal with TNT thus making it the first leading company with a strong financial base to take a shot at WWE. This put AEW on a spotlight to be able to compete with WWE since TNT has been seeing an increase in their market viewers share. All Elite Wrestling can take a swing at World Wrestling Entertainment and even overtake WWE as the best wrestling program that is not entirely for kids. According to ESPN, Cody Rhodes aims to give the people a more authentic show.