Home
Entertainment
A Brief History Of The Webby Awards 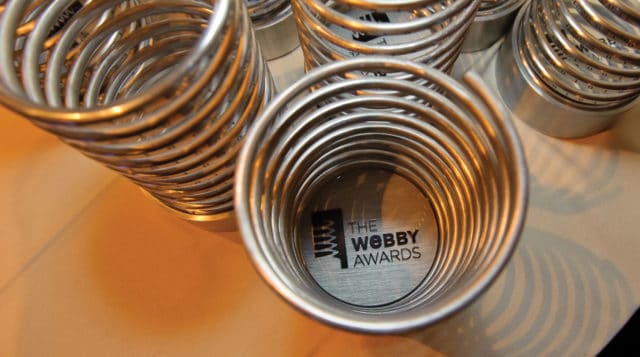 We are all aware of the many different award shows that grace us each year. The list of these shows has ever increased as time has gone on, of course, allowing us to see some of the most clever and genius people being honored for their presence in our society. One of these award shows that not many are aware of is that of the Webby Awards, which help to honor all of the iconic internet newcomers that make their way into our hearts each year. In this article, we are going to give you a brief history about the Webby Awards, and how they became such a prominent award show throughout the years. Let’s get started.

The Webby Awards first made their inception back in 1996, when the age of the Internet was still at its infantile stage. Back when the first award ceremony took place, it only held fifteen categories that were honored. The Webby Awards were able to show their imminent success throughout the years, even during its most humble of beginnings. In fact, the Webby Awards were still able to be held even when IDG temporarily closed The Web back in 1998, because they were so unique and successful in their mission. The Webby Awards has clearly been able to reflect their rise in popularity as an example of the rise that the Internet itself has made in our society as well, which is truly a one of a kind comparison.

As the Webby Awards have gained their status throughout the past two decades, we have seen progressive milestones be hit time and time again. It was the Webby Awards who first instilled the honors of Work in Mobile and Apps, as well as Online Film and Video, even before the iPhone was released back in 2007. This progress and recognition of intuition allows for everyone to realize the power of interactive media and the Internet itself. Throughout this time, the Webby’s has also been able to open up other celebratory actions for the interactive media and internet. The team that is behind the Webby’s also established the beginning of Internet Week New York, which began back in 2008, and the festival, if you will, has gone global ever since, reaching all corners of the world to celebrate the all that the Internet has done for us throughout the years.

It is no surprise that the Webby Awards have been able to take the world by storm throughout these past two decades. In fact, the show itself has received thousands upon thousands of nominations in the last couple of years, from various countries all across the globe. The show has also been able to find a number of fantastic marketing sponsors and partners to help bring the show to life time and again. Even with all of this success, the team behind the Webby Awards shows no signs of stopping in the future, and are planning to make the next decades to come even more amazing, allowing for the world to see the importance that the Internet and interactive media has on our society today. If you would like to find out more information about the Webby Awards, and see any past honorees that have been named, you can find all the information you need on their website.