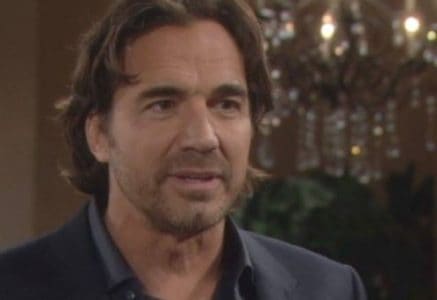 The Bold and the Beautiful fans want to know if there is something in the works for Ridge and Quinn yet again. He is going out of his way to make sure that Sheila is not a problem for Quinn, and we wonder what that all means for him and the future of their lives. He’s working on seducing her so that they can move on with their lives, but what is going to happen when it happens? They have some serious issues to work through right now, and we think that Quinn and Ridge might not be done with one another.

She was already in love with him before her marriage came crashing down, and now things are making a big change. He is going out of his way to spend time with a woman he hates so that he can help the woman he lives maintain her marriage to his father. We think this could end up being a recipe for disaster.

Is that the case? Is there a chance they might have a problem like this one on their hands forever? Is there a chance they might have to fight their feelings for one another for the rest of their lives? Is this going to bring them even closer together and completely negate all the work they are doing to keep her marriage to Eric intact. It’s not good for either of them, but they can’t seem to help themselves.