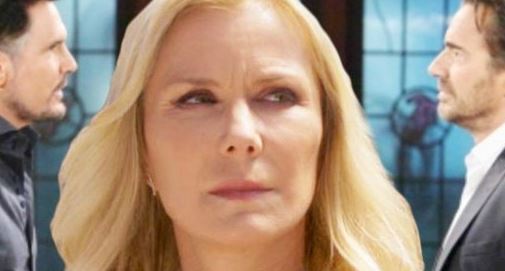 The Bold and the Beautiful fans are going to see Ridge punch Bill in the face for what he did. It doesn’t make things any better for Bill when he tells Ridge that he loves Steffy and he wants to be with her. Bill may think saying this to Ridge will make things better, but it’s only going to make it worse for Ridge. He will be infuriated by this admission, and he will punch Bill right in the face.

We think there is a chance Brooke might show up and put a stop to thinks like this, though. She’s not at all calm about how Ridge felt when he found out about his daughter and Brooke’s own husband, and this is not good news for anyone. He might just lose his mind enough to want to kill this man, and that won’t make Brooke happy. We think there is a chance Ridge might even accuse his new fiancÃ© of protecting her husband by showing up.

This could cause all kinds of problems, and they are not the kind of problems we think Ridge can get over. In fact, we are sure this will affect him in more than one way. That’s not one of the things we like to hear about him, but we think there is a chance he could end up making some progress in the coming weeks. He won’t forgive Bill for this, but it’s not like they were friends at all before this happened.