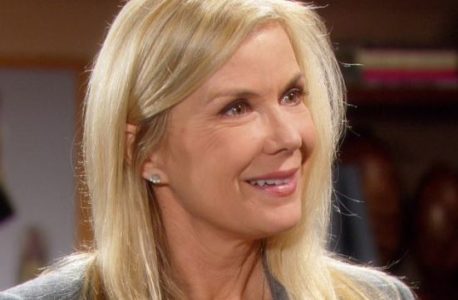 The Bold and the Beautiful fans know that Brooke is, once again, leaning on Ridge when she is down. She left her husband and has decided to end her marriage. She cannot be with an arsonist who almost killed a young woman just because he wanted the land on which her building was located. She can’t handle that, and she is fully on the side of her stepson Liam. She wants him to know she supports everything that he is doing and all it means for them, and she’s not happy that things are where they are.

So she turns to her ex. She doesn’t seem to think there is anything wrong with that, but she’s the kind of woman who simply cannot be alone. This is not going to end well for her, we imagine. For one, he is also hung up on Quinn and fixing her marriage to his father.

He’s a serial cheater and a man who is instantly bored the moment he “wins” the heart of a woman, which means that this will not go well. We don’t know what to say about that other than to say that this is going to end up hurting her again, and we think that will end up being the moment she goes back to Bill. She can’t make up her mind anyway, so why not just flip-flop between them for the time being? It’s what she does best.