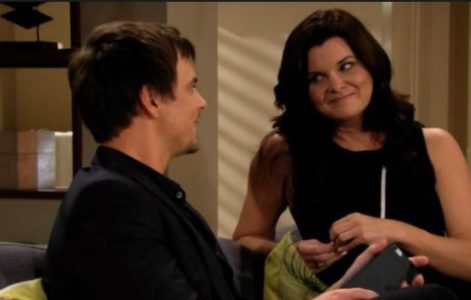 The Bold and the Beautiful fans will see Katie and Wyatt make a very big announcement and have a good time with it, but we can’t help but wonder what is going on. They are facing some serious issues, and they know they’ve been together such a short time. Surely they are only announcing they are engaged because it is part of a bigger plan that might help them get what they want from Katie’s custody issue situation, right? There is no way they are going to make this happen for real.

They want to be together, but we just don’t see it working out. Their marriage won’t work when his entire family hates it, even if Quinn is keeping her mouth shut about it so she’s not the next Bill in her son’s life. She won’t like it, and we can’t imagine she’s going to allow this to happen and see her son marry a woman she hates. It’s not like we don’t all know Katie has a big crush on her husband, so that might be something worth mentioning, too. And we think this is some sort of setup in some way.