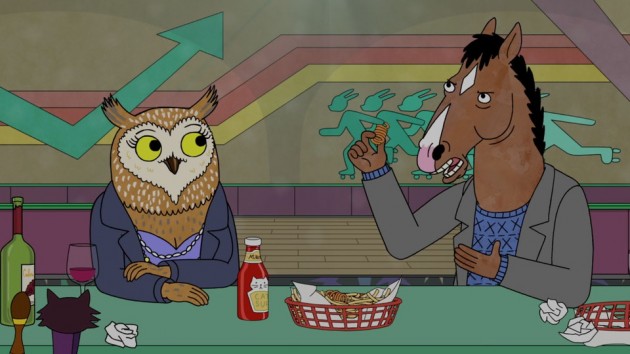 “Yesterdayland” may not have the existential reflections of BoJack Horseman‘s greatest episodes, but it’s a fine example of everything the series does well when running at full tilt. From the subtle background jokes to the show’s ability to merge four or five different stories in hilarious ways, “Yesterdayland” isn’t one of the show’s most ambitious half hours, but undeniably one of its most enjoyable.

The fact “Yesterdayland” is a Todd-heavy episode naturally lowers its expectations; throughout the first season, he was a cipher of randomness, his goofy array of personality traits held thinly together by his overarching plot of trying to write a musical. Yet “Yesterdayland” uses Todd’s new plan as more of a framing device for the episode than anything else, allowing room to introduce a new character – Wanda Pierce, voiced by Lisa Kudrow – and build out BoJack’s attraction to her, finding room for some character exploration not usually found in Todd stories. This is often a winning formula for BoJack, and “Yesterdayland” neatly finds that balance, using Todd’s story as an accentuating device, rather than the heart of the episode.

It does so by picking up on a lot of season one threads: BoJack’s loneliness, Todd’s reckless ambitions (and his tumultuous friendship/business partnership with Mr. Peanutbutter), and Diane’s moral debates with herself are all on the table, all swirling around Todd’s Disneyland, which becomes a legal establishment after it is revealed that Walt Disney made a mistake on his copyright forms, trademarking the name “Diisneyland” instead (a wonderful little homage to last season’s “Hollywoo” stories). And while they’re all familiar, “Yesterdayland” explores the wrinkles brought about by conflicts from the end of season one in interesting ways, be it Diane falling into a married routine (having eaten at the same sub place 80 times in a month with her husband) or Todd attempting to break out on his own after his issues with both BoJack and Mr. Peanutbutter in season one.

Being the second episode of the season, there’s more introduction than resolution to be found here, led by the introduction of Wanda, a network executive who spent the last thirty years in a coma, effectively bypassing her maturity into middle age and the heyday of BoJack’s career, the perfect combination for him, right as he’s realizing all this new found attention may not exactly be what he wants anymore. That crux is really the connective tissue between all these stories; there are pings of regret in nearly every conversation, from Diane’s implied reluctance to settle into married life to Pinky and Wanda’s careers in network television, which looks to be this season’s running commentary on entertainment culture (that is, the impending death of network television and its regressive approach to everything). While much of “Yesterdayland” is wrapped up in the humor and excitement of BoJack’s new relationship, there are very ominous tones throughout, none more obvious than Wanda and BoJack embracing after rashly deciding to move into together, Todd’s park burning brightly as a backdrop for their embrace.

These possible emotions and moments are only subtly alluded to, however: most of “Yesterdayland” is just concerned with being funny, throwing us into the deep end of BoJack‘s strange, surrealist universe. There are moments, mostly with BoJack, where “Yesterdayland” begins to take on a more serious tone – but even in those scenes, BoJack hides its darker notes under its humor, like when BoJack is stalking Alex, another thirty-year coma victim that becomes interested in Wanda (bringing his bag labeled “Spy S***” along with him, of course). That moment, out of context, is a pretty dark thing, revealing BoJack’s instability and utter lack of trust for any creature around him – in the episode, however, it takes on a much lighter tambor, given the events around them.

That balance is important for BoJack; it has to indulge its absurdities, or it will cease to be a comedy, and rather an animated study in depression. Yet those comedic extremes have to serve a purpose, something many animated shows and live-action comedies alike forget; if the humor doesn’t stem organically from its characters personality and inherent flaws, then the reality of the show’s world is broken. Everything in “Yesterdayland,” from the tiniest details of the “worker bees” to the more macro construction of the episode’s stories, is invested in maintaining that reality; and despite not having the emotional ambitions of the show’s definitive episodes, demonstrates just how beautifully BoJack Horseman has mastered its craft.

– After “a perfectly normal time for a horse BoJack’s age,” Wanda laments her long coma: “That was fantastic… Of course, I haven’t had sex in thirty years… I hope!” BoJack is such a dark show sometimes.

– best visual gag of the episode goes to the jury of 11 antelope, clearly frightened by the one lion seated amongst them.

– “You’re missing the irony here, because Alex is literally a sleeper agent sent from Russia to destroy America!” 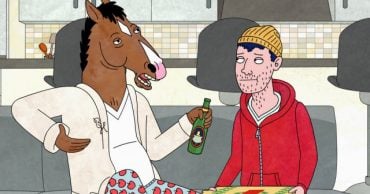 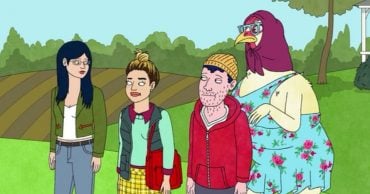 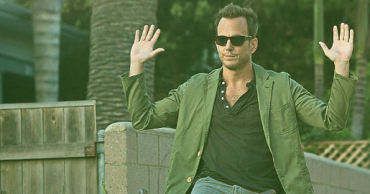 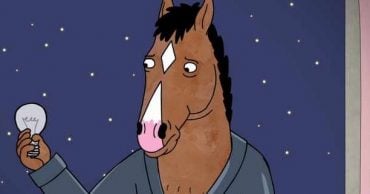