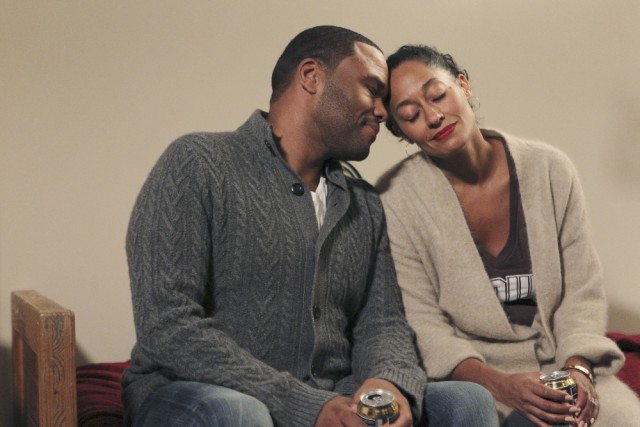 There are a lot of ideas shoved into the first five minutes of “Charlie in Charge,” which begs the question why Black-ish would ultimately settle into a Charlie-centric episode built around an Amber Rose guest appearance. Be it Dre trying to get his daughter to attend a historically black university, or the difficulty of seeing a child go to college 3,000 miles away from home, there is plenty for Black-ish to explore when Dre, Bow, and Zoey travel to Brown (both Bow and actress Tracee Ross’ alma mater) for Zoey’s first college visit. Why it decides to spend most of its time with Charlie convincing a woman he’s someone else so that she’ll sleep with him is beyond me – to say it makes for one of the more dissonant episodes of the show is a severe understatement.

As much as I love Charlie’s character, his random assemblage of personality traits only works inside the office walls. Outside of his eternal feud with Diane, there’s not a lot to see whenever Charlie leaves the office, and isn’t inside the four walls of his own home (“Dad?” = the single funniest joke in this episode). So it’s no surprise I’m not into a plot where Jack and Junior try to help Charlie fool his ex-girlfriend into thinking he’s rich and successful (while Diane cackles in the shadow) – and boy, does this episode commit to that story, giving it an entire arc, and allowing it to completely overshadow the real meat of this week’s Black-ish, which is on the other side of the country with Zoey’s first college visit.

It’s hard not to enjoy Deon Clark impersonating D’Angelo, but these weightless moments can only go so far; spending a good ten minutes on his attempts to delude an ex into “settling for him” ends up a pretty unfunny and surprisingly depressing affair. And it makes the kids of the house into cyphers for his comedic punchlines: I don’t really think Junior in his right mind would be cool with this plan, just as I’m finding it hard to believe Charlie would find anything in Dre’s closet that fit him appropriately. Plus, with all those pictures of Dre and his family around the house, how long would his ex actually be confused? Although, Blacki-ish doesn’t go out of its way to actually make her “smart” or “resourceful,” another disappointment.

The whole endeavor is a failure from every angle, and when you consider how it completely fragments and marginalizes the more important story of the episode, it turns “Charlie in Charge” into pretty disappointing fare. Hell, Dre’s fear of flying gets priority over Zoey’s search for the right college, as do his attempts to prevent her from wanting to attend Brown after Bow’s successful on-campus pitch. Black-ish tries to tie in this copacetic ending where Dre tells his daughter he’ll support her wherever, as long as he has a bunch of drugs to fly across the country with. What a sweet father/daughter moment, right?

The tacked-on ending is hardly the root of the many problems in “Charlie in Charge,” but it certainly reveals where the episode’s real priorities lie, reducing the more intriguing, potentially rewarding story of the episode to the background, instead highlighting a farcical attempt to get a woman in bed with Charlie. When Dre’s family members show up in the office, it usually highlights the eccentricities of Black-ish; when the reverse happens and Charlie shows up in Dre’s home, “Charlie in Charge” takes a turn for the slapstick it never really attempts to recover from, tacking on an ending to a story so underdeveloped (why is Bow riding in first class without Dre?), it begs the question of why it was included in the first place. 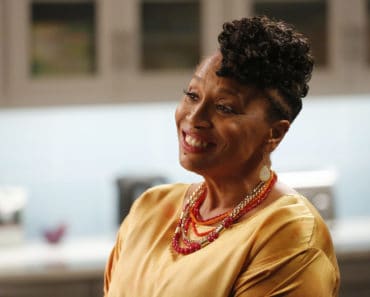