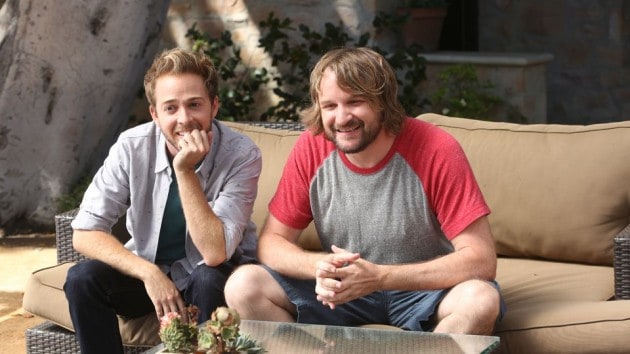 I love how Big Time in Hollywood, FL refuses to slow down, even in a pair of transitional episodes like “Separate But Equal” and “What Dreams May Come,” breaking and reinforcing the relationship of the show’s central siblings over the space of an hour. The way this show burns through plot is impressive, to say the least. Like a dramatic tower of Jenga, Big Time continues to build and re-arrange pieces of itself to create new and intriguing forms with each episode, not only shifting its genre homages from week to week, but moving between points of view and relentlessly upping the ante on itself to think of a crazier (though still logical) plot twist.

Those series of plot twists are beginning to weigh on Big Time‘s fabric of reality, as well – and what really sells me on the show is how openly “What Dreams May Come” embraces this idea, with moments like Darla getting smashed by a mack truck and walking away with nary a scratch, or Alan’s constant shifts between sex dreams and reality in the episode. Of course, the former of these is much more effective: the show’s found a real beating heart with Del, kicking his heels and proclaiming “I’m in love,” or delivering a moving dialogue about the emotional connection he makes between Darla and the job of his dreams (dressing up as a flamingo in a kid’s park). But they’re both hilarious, and represent the cause-and-effect relationship of the show’s ever-increasing absurdity and cinephilic visual bents, edging Big Time closer and closer to surrealism, and heightening the series’ ironies, which are its greatest strength.

Just look at where things are by the end of “What Dreams May Come.” Ben and Jack are living out of the house, with Jack working in the bathroom of a porn theater, and Ben watching Jack work as he edits toilet cam videos to keep his “dream” alive. Then, a corrupted Cuba Gooding Jr. (who just lost his finger to a nasty, femme fatale drug lord) convinces them to shoot what sounds like a snuff film for a lot of money, all while Del becomes an informant for the FBI, under the tutelage of Malloy, whose involvement began with the murder of Harvey Scoles (which was an accidental suicide the two staged to look like a real suicide).

The ironies and ridiculous twists pile and pile and pile, and show no signs of stopping. What makes Big Time impressive is not how it consistently delivers crazy, subverting new twists each week, but how they’ve piggybacked every story onto another, while still managing to develop characters underneath it; it’s truly fascinating. Sure, some of these characterizations aren’t the deepest (particularly the parents), but it speaks to the quality of Big Time in Hollywood, FL and the confidence in its story that the show can spend half an episode in couples therapy talking about Alan’s recent sexual liberation. Moments like that speak to the brilliant absurdity of Big Time’s first handful of episodes, and with all the sprawling pieces beginning to come back together as we head towards the finale, I can’t wait to see what ludicrous act or homage comes next.