Home
Movies
Movie Lists
10 of The Best Teachers in Movies 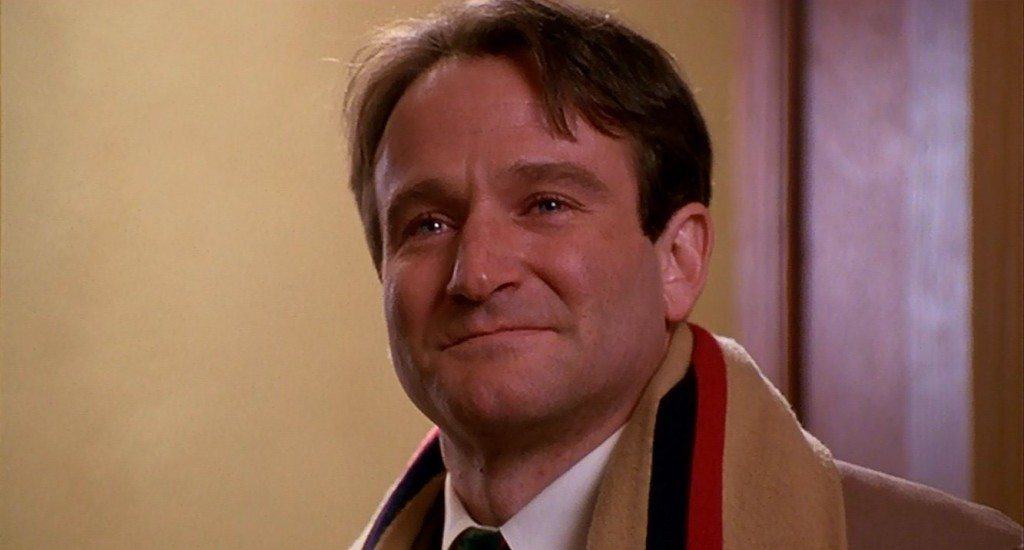 I won’t say that the movies treat teachers completely wrong since there are a lot of movies that have teachers of all types showing that their profession is invaluable to society and that they do have to put up with a lot in order to make certain that the generations that will be taking over will be well educated. But there are good teachers, bad teachers, and then there are those that might not be seen as great by everyone but are great because they don’t always conform to the system. They might very well take their cues as normal and seek to teach their students, but they do so in a way that’s not always by the book and tend to draw outside the lines in order to get their students to think for themselves, not just think the way that people tell them to. Those are among the greatest teachers out there since they teach people to think around corners and figure things out in ways that books will be unable to do at all times.  Here are some of the best teachers in the history of movies.

Louanne is one of those substitute teachers that looks sweet as pie but can be a real pain in the neck if she wants to be. But in this movie, she has to win over a classroom that’s initially hostile as hell, especially since no one has been able to show them the value of an education. When she gets through to them, however, it becomes a bonding as well as a learning experience.

Mr. Bruner should be familiar to a lot of people since he’s the type of high school teacher that’s sat through one class after another and tried his best to teach and motivate his students but has somehow become a tad bit burned out over the years. But he is the helpful type no matter how sarcastic he is and it’s fair to think that he’s a guy that cares and will have a student’s back if need be.

One big thing that people have to remember is that this is a version of the story of Ip Man that isn’t entirely truthful but takes off of his life in about the same way that many movies are used to show the lives of someone who was extraordinary in their time. Ip Man did in fact teach Bruce Lee, but while he was considered a great teacher this movie goes way beyond his actual history.

Miss Honey is that quiet, soft-spoken type of teacher that doesn’t really seek to cause a lot of drama in the classroom but definitely has a limit she won’t go beyond. When it’s time to put her foot down to stop the Trunchbull from terrorizing the school she does it, but one has to admit that she did see the value in allowing Matilda to use her powers a bit when it was time to make a point.

Some teachers don’t give up on their students so easily, and Sweeney is one of those since he didn’t see Derek or his brother Danny as a lost cause, and he was right to assume that the streets would swallow them up if they were left on their own. While the movie does end on a very sad note, it’s worth admitting that Sweeney isn’t perfect, but he’s the type of teacher that will be there and will make it clear to any student that they can change if they want to.

Yoda is a great teacher for a few reasons, but one of them is that his ability to speak in vague terms isn’t really as annoying as it appears to be. This is due to the idea that despite confusing a lot of people, his teachings are usually given better focus when one finally slows down and thinks about what it was that the Master Jedi was saying.

Remember what I was saying about teachers that taught outside the lines? Keating is one of those that kicked one side of the box down and invited his students to explore. He was the type of teacher that made it clear that going by what the book says is never the only option, and that becoming a free-thinker is often better than becoming a well-read individual.

Music gets pushed to the side far too often, especially since it is a very important part of life that will stay with us no matter how much we believe it might not be needed. It might not be our primary goal in life to become a musician or have anything to do with music, but it’s a part of us that’s still there, and Mr. Holland was a man that taught his students the value of it along with his many other lessons.

Dancing might not be as valued by some as the idea of music might be, but it’s still an intriguing part of life since the way we move from one location to another, even if it’s just a few steps, can say a lot about us. While he didn’t have the easiest task, Pierre did manage to come up with a way to teach kids how to value every step they took no matter how it was taken.

Mr. Rasczak gets the top spot for a couple of reasons, one being that he’s a cool teacher and yet isn’t the type to let people slide by, and the second is that he’s not the type to preach from a classroom since he fights for what he believes in, literally. Some might call him a controversial teacher since there’s a good chance that he would end up shooting someone he used to teach while on the battlefield if they were being attacked, but others might understand that when a bug the size of a small elephant is tearing you to pieces, a quick death is usually better.

Great teachers are those that step outside the lines and encourage others to do so.

Why Catwoman Bombed At The Box Office