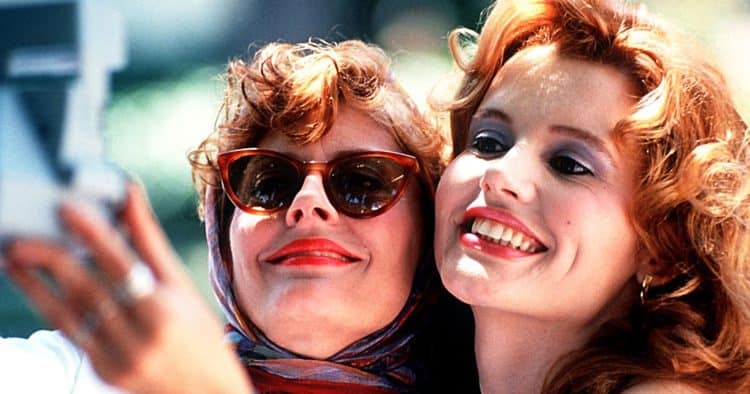 Geena Davis is a fun type of actress in that she can play a very serious and hard-nosed role or she can be fun, playful, and completely ditzy when she needs to be. She’s versatile in other words and is the kind of person that you can’t help but love since she’s extremely good at what she does. Like a lot of actors she’s had her flop movies and then she’s had those that have earned her the top honors such as an Academy award, but at the same time she’s seemed pretty humble through all of it and has simply enjoyed what she does. Many people have a different view of her and from their own perspective things might seem a lot different, but overall Davis is the kind actress that’s dependable and, when she comes around, is one of those that you tend to welcome with open arms since she adds quite a bit of class to any project.

This almost seems like it wasn’t expected since Geena wasn’t exactly seen as the type of woman that could be inherently deadly up until this movie. But even with the hardcore assassin look she still comes off as the kind and loving type no matter that she’s supposed to be a hard as nails killer that doesn’t care for much of anything or anyone since that’s a big part of the job. The one thing about eliminating killers though is that it pays to do it right, especially considering that if they don’t remember who they are the chances are pretty good that eventually something will come to them that will spark a memory.

Earlier this year Bryan Alexander of USA Today and many others were all buzzing about the possibility of a sequel to this movie but as of yet nothing has really happened with it, at least not that anyone can see. A lot of people would love to see the sequel since it’s hard to say just what it might be about considering that the titular character was the bad guy and it would seem that in a sequel he might actually be the main focus. Plus, apart from Winona Ryder there’s not a lot to say about who might show up and who might not. But the original will always have a special place in a lot of hearts since it was so great.

Relationships are a mess sometimes, but then there are those relationships you think you can get back to only to find out that there’s nothing really worth going back to even though you try and you try to keep it going. Macon is that unfortunate guy that things seem to happen to and yet somehow keeps going since there’s nothing else to do and no other direction to go. When he meets Muriel he’s hesitant about her at first, but as time goes on he finds that he’s attracted to her, and when his wife Sarah attempts to get their marriage back on track Macon makes the decision to stay with Muriel and be happy.

Roger Cormier of Mental Floss shines a pretty big spotlight on this movie in order to let people know a little more about it and what might have inspired the whole thing. Thelma and Louise are both women that are basically in a slump at the beginning of the movie and just need a girl’s night out or a nice long vacation from their lives. When Thelma doesn’t bother to tell her husband where she’s going however and is almost raped this prompts a shooting that she and Louise have to run from in order to avoid the authorities. As you can guess things just wilder and crazier from that point on as the women have to do a few things they’re not proud of to stay on the lamb and away from prison.

1. A League of Their Own

This movie might not have gotten her an Oscar but it was still great since it featured a stellar cast and had a plot that was simple but endearing since it featured women coming out to play baseball after so many players signed on to go to war. It has just about every element you could want since it deals with comedy, drama, and of course the game of baseball from a different perspective than many of us might have been used to growing up, unless you’re a young lady or a woman that loves the game of course. All in all this was a great movie that is still a classic and puts a much different spin on the game than a lot of people might have seen coming.