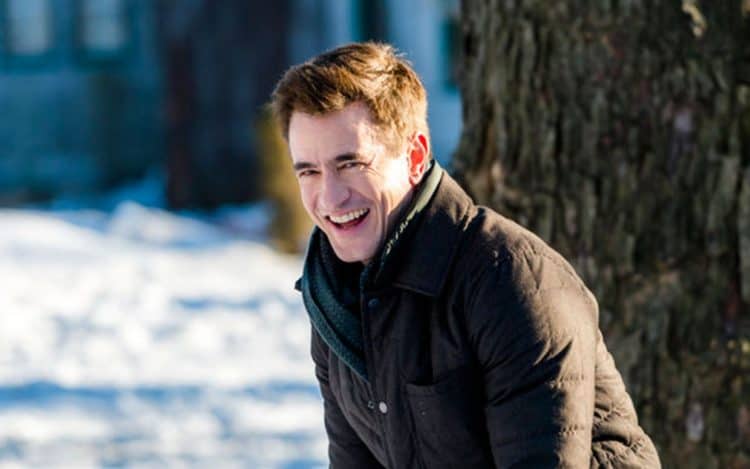 Dermot Mulroney has been known largely as a dramatic actor in his career  but there have been movies in which he’s been comical as well. He’s never been much of an action star but he’s been in thrillers and in movies that have thrust him into the action, and he’s held his own a couple of times. All in all he’s the kind of guy that is great to see when he shows up since he’s a part of our childhood and growing up it seems that we didn’t see him all that often after a few key roles. But nowadays when we do see him it’s great since he’s matured quite a bit and he’s only gotten better with age. In some of his best movies he’s been the guy that’s not exactly front and center but has been close by at most times and been one of the supporting characters that it’s easy to pay attention to since he has the kind of presence that allows him to take over the moment when he needs to.

There has been some serious shade thrown at this movie as a lot of people don’t seem to think that it was that great. But quite honestly it was a funny and even hilarious movie that featured a few great actors that came together to create something that wasn’t meant to be a highly intellectual movie. Dermot’s role as the stern father and son of the main characters respectively is one that makes him seem kind of uptight and not all that likable, but as the movie goes along his character eventually becomes someone that you can easily like because he changes just as much as anyone during his arc.

His character in this movie is kind of tragic since he’s there for a good reason and is actually kind of fun and engaging since he plays a very convincing foil to Holly Hunter’s character. But when he’s shot in an unrelated incident that has little if anything to do with the movie it comes as a shock since it wasn’t really expected. It was almost a slap in the face to a lot of viewers since Dermot’s character was one of the best parts of the movie. But it was also an important aspect of it since it gave a bit of credibility to the idea that police work is unpredictable and it also created another conflict for the other characters to deal with.

When two friends stay connected for so long and make a promise to marry one another if they haven’t found someone by a certain time it comes as a shock to one of them when her friend calls to say that he’s found someone and is getting married. The idea that she tries to break up the wedding is one that might be appalling to a lot of people, but it does open up a lot of opportunity for comedy, drama, and a story that might have been one of the best of its time. Anyone that tried to do this in real life would be instantly vilified without much chance of redemption, but in a movie it definitely works.

It’s tough when you introduce your significant other to your family sometimes, especially when mistakes are made and people simply don’t get along with one another. But as the movie progresses feelings continue to change and relationships move along with them since that seems to be the way things go at times. The idea that Sybil, the matriarch of the Stone family, is ill and won’t be around long is something that comes into play after a while, but the issue of who will inherit her ring, a family heirloom, and who will end up with who, eventually becomes a bit part of the story that drives it forward.

Dirty Steve is the kind of guy that might be a good buddy but is also someone that you’d have to be used to having in your life since otherwise he doesn’t seem worth knowing. He’s dirty, obviously, he’s crude, and he has an attitude that seems to work against all better judgment. That being said though he’s also the kind of guy that you can depend on in a fight since he’ll be one of the first to stand up and throw down. But get him high on peyote and as you can see from the clip that he’s something of a nut that you don’t want to be anywhere near since he tends to go a little nuts. All in all though he’s kind of a fun character.

From his younger years to now Dermot’s been a fun character to watch.