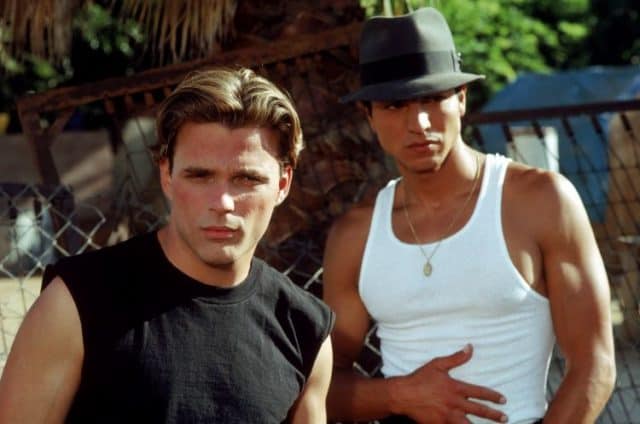 Benjamin Bratt is like the train that just keeps on chugging.  Looking at his face you’d never, ever think this guy is 53 years-old, but at the same time it feels like he’s been a Hollywood Star for decades.   Oh right, that’s because he has.  Technically he got his start in 1987 but I think it was his role in the movie “Blood in Blood Out” that really got him going.   Currently Bratt is playing Jahim Rivera on the FOX show STAR which just got renewed for a second season.   I decided to take a look back at some of Bratt’s more memorable roles of his career and it was not easy trimming them down to seven.  But here’s my best effort.

Blood in Blood Out – Paco

This movie was a 100% underrated film from 1993 and it definitely put Bratt on the map. It’s certainly got a level of unintentional comedy as it tries to be serious but Bratt as an LA Street Gang Member would set him up big time in his career.

If you watch this movie again you can see how awesome Benjamin Bratt is.  Clearly he demonstrates he’s awesome at comedy.  You’ll never see Bratt play a character as square as Officer Garcia in any movie ever. 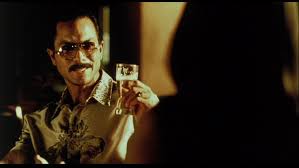 Look, I know that playing the leader of a drug cartel isn’t cool but in the movies, it’s definitely cool.

Cloudy with a Chance of Meatballs – Manny

Hey, it might not actually be him in human form but his voice is incredible in this movie as well as the sequel.

Easily the best character on Modern Family who isn’t a main character.

I’m calling it right now, Bratt kills it in this role for as long as the show is on.