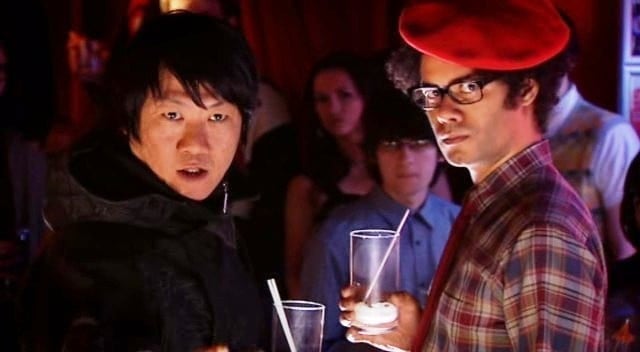 Benedict Wong has shown up in more places than a lot of people realize since he’s been prevalent in TV and in movies and has managed to gain a great deal of expertise and help out wherever he can when he’s been placed in various roles. A lot of people are going to be likely to recognize him as Wong from Doctor Strange and from the Infinity War and Endgame movies, but he’s done quite a bit more than this throughout his career. In terms of the kind of actor he is Wong tends to be a very big supporting character in a lot of ways and doesn’t tend to play the lead as much as he does a character that’s always there at the right time and is able to bring a good amount of aid to those in need. To put it in a way a lot of people can understand he’s the guy that’s there to help out when its needed and to otherwise be the surly caretaker type.

Here are a few things about Benedict you might not have known.

Wong has been around a bit at this point in his career and has seen and done quite a few things so it’s fair to say that he’s experienced and knows what he’s doing on set. As the support and the guy that people rely on in the movies he’s definitely someone that’s worth paying attention to since his character tends to be pivotal at times.

9. Wong is featured in Gemini Man.

He stars as one of the best friends of the main protagonist that just so happens to be a former Marine and a pilot that can fly just about anything he can get his hands on. He’s also great comic relief in this movie since he adds a counterpoint to Will Smith’s very serious character.

8. His first role was on the radio.

There was a time when people would still take on radio acts and in truth there are still some out there but it’s not quite as well known as people might believe since what the audience can see is what is usually deemed as more important and more impressive.

7. He had a part in The Dark Crystal: Age of Resistance.

He voiced the character of The General, who was the all-in go hard go tough second in command to the Emperor, but was also constantly at odds with The Chamberlain, who ended up doing away with The General near the end of the first season, so obviously we won’t be seeing Wong coming back for season 2 unless they’re going to give him another character to voice.

6. Wong has been nominated for a couple of awards.

His efforts haven’t gone unnoticed or unappreciated throughout his career as people have been paying attention. One might think that he needs a little more recognition for what he’s done for the MCU but at this point it’s kind of hard to get noticed around the bigger names unless you make a name for yourself, which he’s done quite nicely to be honest.

5. He doesn’t like to be classified as anything as he’s kind of a loner.

One thing about Hollywood and pretty much anywhere is that it’s way too easy to be given a label that may or may not really define who a person is. Wong doesn’t want to be known as any one type of person no matter what he acts like or does in his career, as he just wants to be himself.

He definitely liked Enter the Dragon, which isn’t hard to believe since a lot of people happened to think that this was one of Lee’s best movies ever made since it’s the one that seems to get referenced the most.

3. Wong has a massive number of followers on social media.

This is where the recognition comes in kind of since a lot of people know who he is and no doubt tune in to see what he’s doing and what he’s up to from time to time, and possibly to see how his career is going.

That’s rather impressive since most if not all of his wealth has come from acting, which has been good to him thus far in his career and has made his life pretty comfortable.

His parents were immigrants from Hong Kong and Wong was born and raised in England with what you could imagine were a lot of cultural differences. He was taught his parents’ culture but was also exposed to the world outside his door so it’s simple to think that he’s gained quite the education throughout his life when it comes to diversity.

It’d be great to see him show up in more MCU movies.