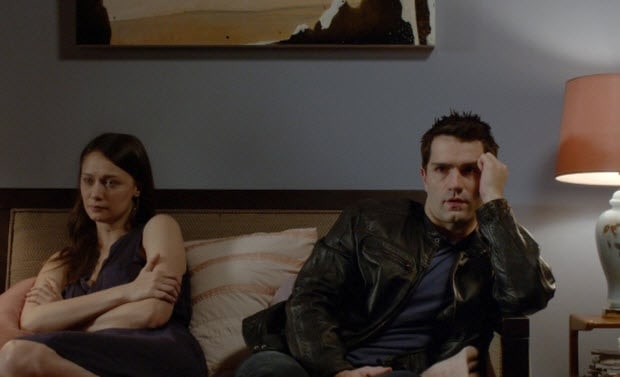 No one will judge if you need to regroup after last night’s Being Human. “Pack It Up Pack It In” ran the emotional spectrum of hilarious and heartwarming to profound and heartbreaking.

This week’s episode saw familiar faces from Josh and Aidan’s lives, while Sally saw a friendly face in a harsh new light. The episode began where Aidan left off with Kat, and she was finally allowed to deal on her own terms. The last time Kat faced Aidan’s reality he had her compelled to forget. Instead of crossing that gross moral line again he reasoned it out with her, slowly proving the existence of vampires then painfully answering each of her questions about his nature and past.

It didn’t go how he would have liked, as Kat and Aidan sit next to each other with noticeable distance between them. They’ve grown apart, and Kat makes that very clear when she agrees it’s time for him to leave. Permanently. While hard on Aidan, it’s the right thing to do. It also happens to be the beginning of a series of smart moves that Aidan makes throughout the entire episode. Another is instead of drowning his sorrow in live blood, he gets bag drunk. More surprisingly and happily, he doesn’t force his way into Kat’s house and compel her to love him. We see it’s all in his head and he walks away from her, keeping her safe and respecting her wishes.

With this he accepts that perhaps there is a legitimate need for moody brooding. He’s been running from his past and it has finally caught up to him. Now it’s time to deal with the horrible things he’s done, without companionship to distract him and with whatever (karma) it brings. He even quips that at least with Kat things ended like a normal relationship. To see this huge development for Aidan is a breath of fresh air that provides a renewed sense of hope not just for the character, but in his quest to be human.

While Aidan is dealing with the break-up, Josh and Nora are planning a baby shower. They’ve offered to throw a small gathering for the werewolf couple they helped last week, but things get out of hand when an uninvited pack shows up. Josh is physically uncomfortable with it, but he’s also quite vocal about his distaste for the militant group mentality and its presence in his home. Without question Josh is a changed (wolf)man and his new temperament brings a different feel to the series.

The new wolf has given him a renewed self assurance, or is it acceptance in disguise? Either way it fits Josh like a glove. Now more than ever we see how important his convictions are as he consistently (and firmly) makes them clear. All throughout the episode this is evidenced, whether he’s making “Not in my house!” jokes or rather loudly defending his family. Nora, Aidan, Sally, Emily, a potential baby, and all their monster baggage are Josh’s home and he is willing to defend it tooth and nail. Even if it means his monster brethren won’t let him play in any werewolf games. This is truly the best version of Josh we’ve seen in the entire series.

There is one place Josh doesn’t have a stronger grasp: Emily. She’s just left rehab and is looking for a couch to crash on, however, the timing of her arrival obviously isn’t the best. Not only is she dealing with a house full of monsters but rooms full of alcohol. Sally watches her carefully until deciding to help. Like several other things Sally’s touched, it goes terribly wrong. Her monster slogan should definitely be the road to hell is paved with good intentions.

In an attempt to offer a spectral shoulder to lean on, Sally uses a spell that is supposed to make Emily see her. Instead Emily sees Kenny’s true face and freaks out. The reaction turns the apartment into a supernatural rendition of West Side Story. The wolves end up turning their backs on Josh and Nora, while Josh is left to clean up the mess left by his friends… again. In a really important moment for Sally, Josh confronts her about “helping” his sister.

Last week we saw Sally raise the issue with Aidan though he’s always appealed to her heart while Josh has appealed to her mind. Where Zoe’s blunt honesty failed, Josh’s heartfelt and exhausted confession drove it home. Her desire to fix things probably stems from her lack of help when she most needed it, resulting in her death. However, sometimes you have to let people deal with things on their own. It seemed like after her and Josh’s moment the point finally stuck.

Sally pays it forward at episode’s end by confronting Aidan about what she saw on a time traveling trip. She visited Aidan and Henry in the 1920s, watching them hunt and kill several women. The scene was pretty unsettling. The Aidan we know is not the vampire that existed then, but they are the same man. Her very raw moment with him was moving and perhaps the start of something that won’t end in blood for either of them.

It’s difficult to know when a narrative is in the space between rising and climactic action. It’s also hard to believe that the series could be there only five episodes into its fourth season. Yet, last night night packed an unusually powerful punch leaving us to wonder if we are in fact at that edge. If not, how dramatic will the next few episodes – and ultimately this season’s tipping point – be? With all the development we’ve seen so far though, maybe our favorite monsters will work through the chaos and get it right this time. 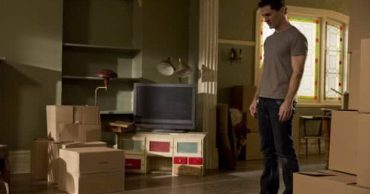 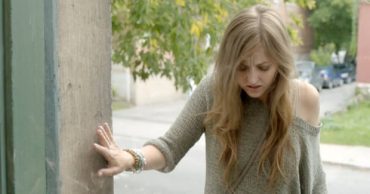 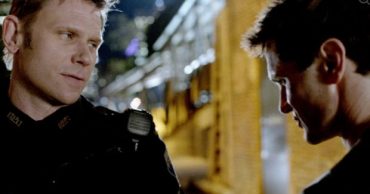 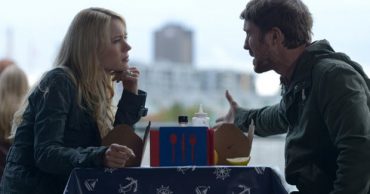 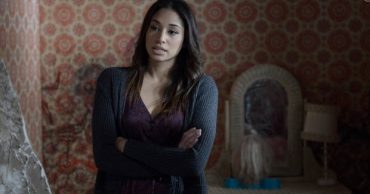