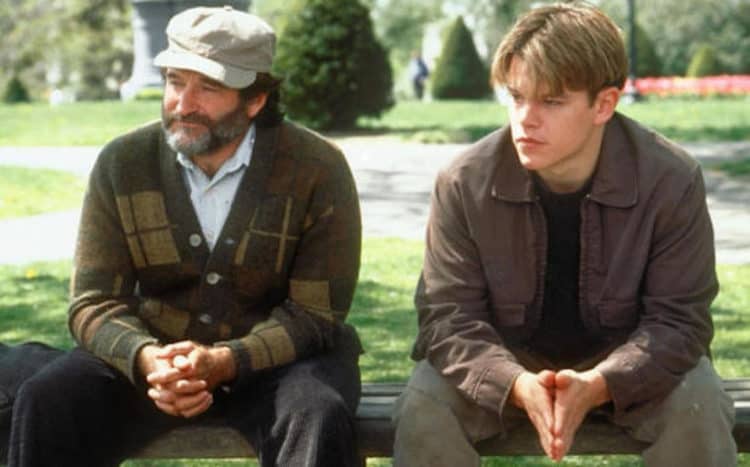 The very idea that a woman isn’t hot enough to play the romantic lead in a movie is kind of an awkward thing for some folks to talk about, but the fact is that there are some women out there that are tough to see as a leading lady in a romance largely because of their physical appearance. The simplest way to say it is that sex sells, and if a woman doesn’t have sex appeal then any part they have in a movie is bound to be as comedic relief or a dramatic supporting actor that doesn’t have as much importance given to her character. But there are times when fans need to dial it down a notch or ten and remember that a gorgeous woman can be overrated as well. Heck, look at some of the most beautiful actresses that have come along in the past two decades; some of them can act, and some of them make people wonder what in the world they’re doing there. One great example of this is the fact that some folks actually believed that Minnie Driver wasn’t attractive enough to play the role of Skylar, Will’s love interest.

Thinking that a woman isn’t attractive enough to play a lead role is kind of a risky way to go since the belief that beauty is a set element that is universal to the success of one romantic movie after another is kind of an archaic way of thinking. Yet, it’s still something that many people happen to think is worth bringing up since once again, sex sells, and it’s a profitable money train that no one wants to miss out on if they can get a piece of it. But the general question is what constitutes true beauty, and this is a question that a lot of people can’t really answer since it’s different for so many. But the acceptable idea of beauty that is constantly pushed by show business and therefore embraced by so many over the years.

To say that one woman is beautiful and another isn’t usually ends up in a debate and possibly an argument since like it or not, beauty is in the eye of the beholder, as the saying goes. Thinking that one woman might not be right for a part is all well and good, especially if the part happens to call for a specific type of individual given how the character was written up. For instance, one wouldn’t have cast a talented actress like Rebel Wilson before she lost weight for a character like Sonya Blade in Mortal Kombat, since it’s very likely that she couldn’t have performed the movements and wouldn’t have exemplified the character. Of course, some folks might have argued for it, but at the same time, many would have felt that this was a joke not worthy of the movie, but perhaps of a parody. The point is that casting the right person for the right role is important, and beauty is not the only factor that needs to be considered when casting a woman as the romantic lead of a movie.

The case with Minnie Driver in Good Will Hunting is kind of simple, casting a drop-dead gorgeous individual into the role of Skylar might not have worked since it would have thrown off the balance of the movie in a big way. The movie wasn’t about happy, shiny people that looked plastic or fake in any way. Good Will Hunting was about common folk and those that lived in the trenches, more or less, and weren’t super famous or absolutely happy or satisfied with their lives. Skylar wasn’t even a fully-balanced individual, though she was the bright spot in a young man’s life that he didn’t want to accept since he didn’t trust anyone that wasn’t close to him. Skylar’s beauty had to be slightly muted, meaning that the role required a woman who was attractive but couldn’t classify as a living Barbie doll. Minnie fit the mold perfectly since she is an attractive woman, but when being compared to others she might not reach a certain level of beauty that others fixate on so much. But for this movie, she was perfect.

The thing about beauty in the movies is that too many people want everything to be beautiful, to be accepted, and to be perfect. But that’s not life, and every now and then, people want reality, they want a look into the real world through the lens that cinema offers. Beauty is a bit overrated at times wince too many people want it and not enough of them really know how to appreciate it. In the movies, relying solely on beauty to push a romantic scene or an entire movie is a huge gamble, but hiring someone that has the looks and the ability to act is far more likely to produce results.