Home
Television
The Affair
The Beautiful Bleakness of The Affair 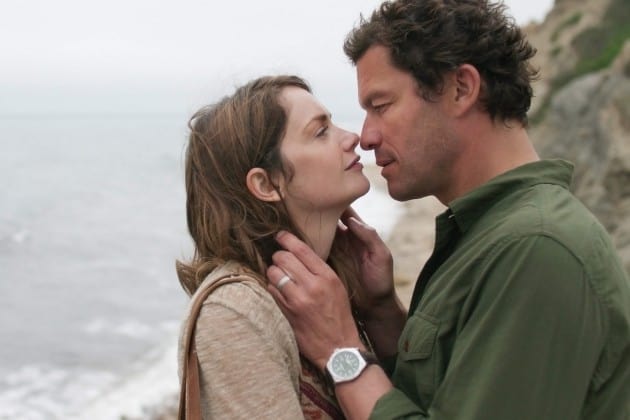 When I made my list of the best new shows of 2014 last week, I mentioned that I was not caught up on some of this year’s great new comedies like You’re the Worst and Transparent and therefore could not put them on my list. However, I also forgot to mention that I was behind on another freshman series, this one a drama, that has had as great of a first season as any other show on my list. I’m talking about Showtime’s The Affair, which I was able to find time to binge-watch on Saturday before last night’s finale.

Many people I know who have been watching The Affair during its first season find it interesting because of the crime story, making this not a show simply about infidelity, but something bigger. Others love it because of the way the series tells its stories, with split perspectives dividing up each episode; one half told from the memories of Noah (Dominic West) and the other told from the memories of Alison (Ruth Wilson). While both of those elements certainly contribute to my enjoyment of the show, neither of them is the main draw for me; instead, I find myself in awe of the beautiful bleakness of The Affair, its ability to examine loss, betrayal, and heartbreak in such an authentic way.

When you’re a show that’s dealing with things like adultery and a murder mystery, it can be quite easy to tip into soap opera-like territory. Even though people die and cheat on others every day, these type of storylines have a large-than-life quality that makes them easy to turn into over-the-top, melodramatic material when put on screen, and while The Affair has not always avoided this pitfall (see the highly entertaining but somewhat ridiculous scene of Joshua Jackson’s Cole threatening to shoot Noah and his family in last night’s finale), it has, for the most part, done a fantastic job at creating two very realistic, very broken marriages. In fact, what’s just as interesting as the affair occurring between Noah and Alison are the complicated, crumbling marriages between the two of them and their respective spouses, Helen (Maura Tierney) and Cole (Jackson). 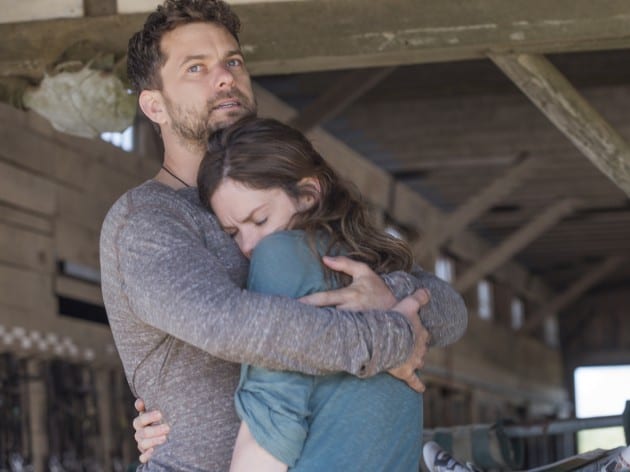 It’s in these smaller, quieter exchanges between the show’s central couple or their estranged partners when The Affair is at its best, when it becomes about something more than carnal urges and crime drama and instead transforms into one of the best meditations on loss and grief we’ve seen this year. Take a scene from earlier in Season 1 between Noah and Alison, in which Noah, without knowing it, helps Alison, who still suffers from uncontrollable grief over the loss of her son Gabriel (he drowned at the age of four),  feel understood when he discusses the death of his mother. The look on Ruth Wilson’s face while Alison listens to Noah’s story, about how he feels like he can still hear his mother, that she’s still out there, conveys so much: sadness, wonder, and, finally, comfort–it’s truly a wonderful piece of acting.

Similarly, in The Affair‘s eighth episode, Cole finally opens up to Alison about Gabriel and allows his emotions to flow as he has a breakdown while the two sit and talk on a New York City street. It’s a rare moment of tenderness and vulnerability for Cole that Jackson acts the heck out of, as the man who has channeled so much of his grief into his work on the ranch and role as caretaker for his mother and family finally lets the facade fade away. He’s just as destroyed by his son’s death as Alison is, and he’s finally letting her see his pain. 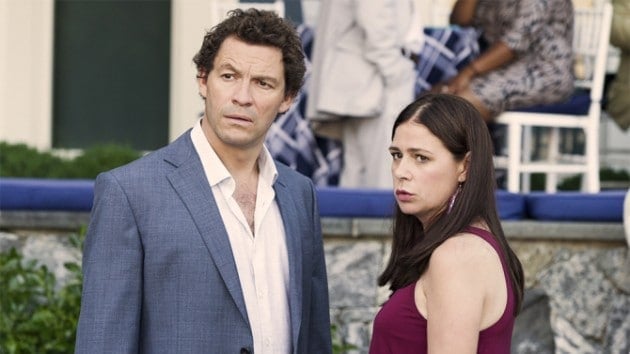 And then, of course, there was last night’s explosive scene between Helen and Noah, in which she yells about just how much she hates him before begging him to come back to their family because life just isn’t the same without him. It’s a tough mix of emotions to portray, as Helen is simultaneously furious at Noah but also defeated in her resistance towards him, but Tierney is spectacular in the scene and makes you believe every single moment of it. We know that there is probably no hope for these two and their marriage (we’ve heard Noah confess how he’s in love with Alison), but that doesn’t take anything away from what the characters are feeling in the moment or just how emotionally-charged the sequence is.

So yes, The Affair was initially appealing to people for lots of reason: its True Detective-like interview format, its unreliable narrators, and the question of who died and who did it. However, it wasn’t any of those aspects that had me binge-watching all ten episodes of the freshman series this weekend. No, I continued watching because of the all the beauty that could be found amidst the tragedy, and the unflinching performances that made every single moment of it all feel real and earned.