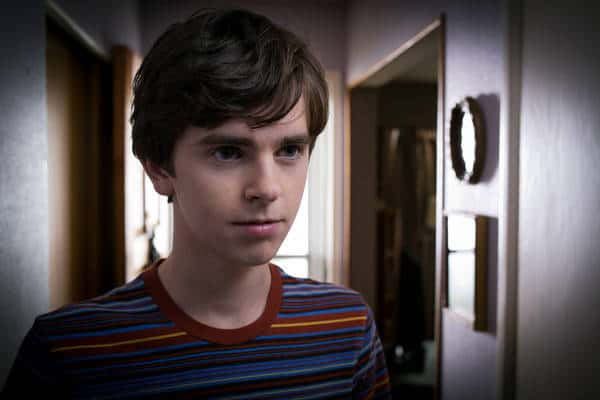 If you’ve never seen real abuse, it’s not really about violence.  It’s about control.  Bates Motel is about control.  Not just the kind of control I prefaced this notion with, although there is plenty of that, it’s also about self-control and the existential horrors that can materialize when you begin to lose it, particularly to the will of another person.  Controlling someone, despite how it might render obvious, is all about altering their self-control.  Not eliminating it, fine tuning it to not only accept the worldview that someone else is in control, but to choose that worldview to wear the label ‘normal’.  The process is a journey, and Norman Bates is on that journey right now, and what a fascinating road trip it has turned out to be.

You realize just how much the iconic details of Psycho has hardened over the years when you slip into the world of Bates Motel.  Same house.  Same motel.  Same characters, to a degree.  Yet, the story being told here doesn’t resemble those time hardened landmarks of story.  Despite how well we know the environment, the things that begin to happen there shatter the stereotypes of what we think should be happening.  There is a strength of story in Bates Motel that takes the Psycho mythology into an area Hitchcock never could.  It’s not that Hitchcock didn’t have it in him, he just didn’t have the screen time to tell the story.

Bates Motel lays out the template right from the beginning.  There is no rush to have Norma Bates develop into the weird serial killer we all know so specifically by now.  Quite the opposite, Bates Motel seems determined to slowly build on to Norman’s persona at the rate of real life.

There is a solid divider between Bates Motel and Hitchcock’s work:  in Hitchcock’s film the fact that Norman was a killer was a story device.  There have been arguments that Norman was the protagonist, and the argument can be made quite strongly, but nothing beats the truth that he was broken when we met him.  Whether he ‘transformed’ in a more memorable way hinted at by Hitchcock in his signature unpretentious sub text is always up for debate, but Bates Motel begins in a far different way.

We meet Norman at a time when he is going to experience, we surmise, the first death of his life.  He finds his father dead, he touches him, he weeps, he hurts, everything is normal about his reaction.  What is not normal is what comes next. In the six months since his father’s death, Norman and his mother have lived in 5 different houses before buying the Motel and House we all know so well out of mortgage. There he witnesses his mother raped, and watches as she stabs him to death.  With rationale we see her convince him to assist with hiding the body.

A taught thriller at times, Bates Motel balances expertly crafted tension with deep and dark psychological examination.  It’s not here to teach you anything, but instead simply reveal the causality that let to Norman’s most fateful transformation.

It could be that the thesis of the show will wind up being that Norman’s breaking moment was simply the result of being molded into something she could control.  Or, it could be that Norman, despite being otherwise reasonable, chooses the madness that is blooming within his mother as the normal world view.  Fascinatingly creepy stuff, can’t wait for more.