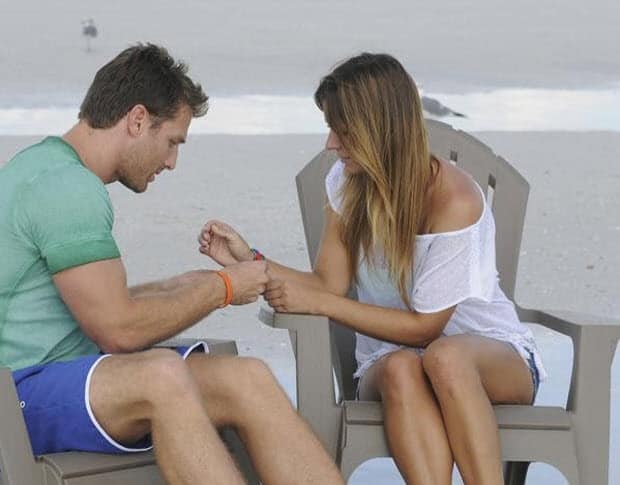 Every season prior to the final of The Bachelor (or The Bachelorette) there’s a ‘Tell All’ episode that features the losers of the show dishing on the season. This may have been the most anticipated episode that I can remember in a long time due to the unpopular nature of this season’s bachelor, Juan Pablo Galavis.

The show started with a cameo from Sean and Catherine, last season’s couple, who recently were married on a live television broadcast. I think I need a break from those two. They’re just too happy and giddy about themselves all the time. I’m over it. Either way, perhaps the best part of the show was Catherine calling Sean out for being a “quick” in bed on their wedding night.

Let the games begin! The women gathered to discuss the season and happenings. Overall, Juan Pablo isn’t a very popular guy. Of course, they discussed the Clare ocean incident, which I was surprised didn’t generated more rage from the ladies. Next, Chris Harrison did one-on-one interviews with Sharleen, Renee, and Andi.

Sharleen is the worst. I’m really petrified she’s going to be The Bachelorette. Apparently, she’s still a little bummed out about leaving the dude she made out with a million times on the show. (Did anyone get the feeling Sharleen misses him?) She just annoys me. You can better believe that she’s a media-craving fraud. I would not be surprised one bit if she was the next Bachelorette. Then there was Renee – if you follow this blog you know we loved Renee. She talked to Harrison about being “in love” with J.P., and much to our happiness we found out she is dating a new man. Good for her, she’s quality. The final one-on-one was the chick who put Juan Pablo in his place, Andi. To no one’s surprise Andi still has a little venom for Juan Pablo and it seems like the girls all backed her. Yup, if Andi isn’t over the whole concept of the show she’s a lock to be the next Bachelorette.

And then Juan Pablo came out…. and it was interesting. The thing that baffles me is that all these chicks loved this dude. They were all over him. So no matter what they say, it doesn’t really count because remember a couple weeks ago when you were drooling over him. Either way, it was annoying to hear the same old “lost in translation” Juan Pablo’s excuse. I wasn’t overly taken by the call outs the girls had vs. Juan Pablo. I thought as a whole it was pretty lame, particularly Kelly’s call out. You could clearly tell Juan Pablo couldn’t care less about the girls objections.

Ultimately, Juan Pablo ended up being a huge let down as The Bachelor this season. I think ABC got absolutely played. I also think that Juan Pablo really had no intention of marrying. One more episode, which we’re sure there will be more drama, and then we can put this to bed.. or can we?