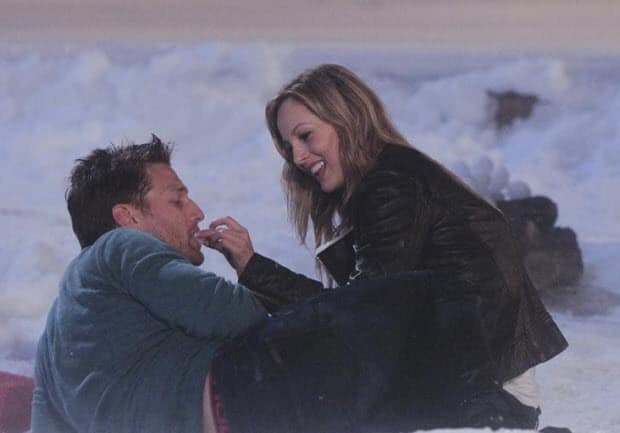 Before season 18 of ‘The Bachelor’ started I wrote an article predicting that this season would be disappointing. So far – I was wrong – but that’s only because of the public (and myself) not the show. In that article, I wrote that one of the reasons it would be disappointing is because the show is feeling less and less reality (like MTV’s ‘The Real World’) and more and more staged for the stuff we crave. Well, it only took two episodes for that to come to fruition. Last night we got a little bit of drunkeness, and what looked like a psychadelic Jersey Shore episode with a little bit of ‘The Bachelor’ sprinkled in.

The first date with Clare was all ‘bachelor’. It was a very cute day/evening filled with skating, sledding, and as Juan Pablo put it – chilling out. Before long, Juan P and Clare are in a hot tub exchanging back rubs, nice first date right? Clare gets the rose and decides after one date that JP could be the man of her dreams. Sweet.

Kat’s one-on-one date with the man is next. This is where I started to get irritated. Kat and Juan Pablo head to Salt Lake City for the Electric Run 5k Race. This is where I kind of just tuned out. There was music – running – dancing – loud noises- and glow in the dark clothes. No me gusta. Either way, Kat gets the rose on a date in which I think I could have gotten the rose. The group date followed Kat’s electric adventure and what a group date it was…

The date featured a photoshoot with a bunch of the ladies from the house in which they were promoting the adoption of dogs. We really liked Andi after this one. I thought she repped herself well. As for the date, the real fun didn’t begin until that night. What would an episode be without crying and drunkeness – thank you Victoria. It was your typical even after a group date until Victoria went absolutely bonkers after drinking too much. I hate how my predictions are always right. Anywho, her drunken episode (which was cringeworthy) ended up with her getting the boot. Who can blame Juan Pablo? He has a kid and that was a terrible look. The major takeaways from the night were Kelly getting the rose and Cassandra bonding with Juan P over having a kid – duh.

The final rose ceremony didn’t shock anyone. In the end Chantel and Amy are not given roses despite Amy’s painful fake interview. And thus we move on to the next episode. We’ll see if there continues to be drunkeness. There will most definitely be crying and drama.