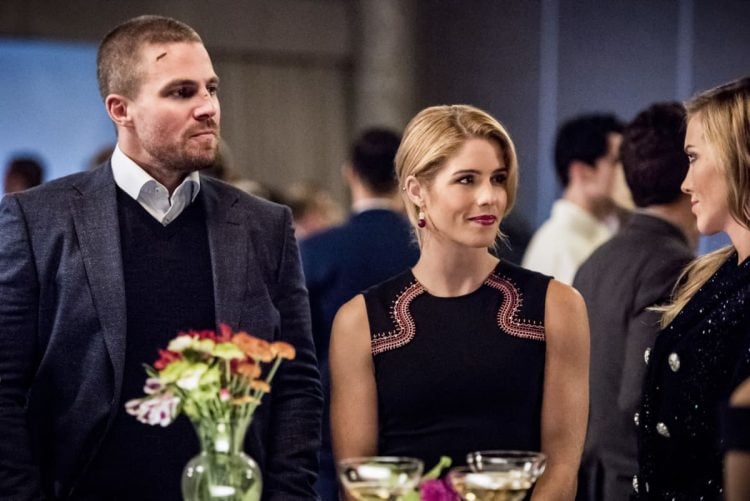 “Unmasked” is the most divisive episode of Arrow this season and quite possibly one of the most hotly debated hours in years, and it’s mainly due to the final string of scenes that close out the episode, as it’s revealed that Diaz is still alive and Dig and Lyla apparently need his help, Oliver and Felicity appear to have grown even further apart from each other while he was in prison than either of them realized, and Robert Queen’s daughter, a long-lost half-sister of Oliver’s, is the person behind the new Green Arrow mask. Of those three major moments, I have only issues with one, so let’s get it out of the way.

The fact that Diggle and Lyla appear to be keeping Diaz’s survival a secret in order to use him for whatever mission they have at ARGUS may fit with the characterization of the pod person the writers have replaced John Diggle with this year, but this choice only adds to my frustrations with his Season 7 arc, especially due to how inconsistent it is with Dig’s other behavior throughout the episode. In “Unmasked,” we are reminded of the person that Diggle used to be, from the warmth he shows at the ceremony honoring Oliver to the moment when he stands by his best friend in the broken-down bunker and brings him the Green Arrow suit, an action that serves as Diggle relinquishing the frustration, jealousy, and anger he felt towards Oliver last season.

After last week’s subtle but powerful look from Diggle, when he watched Oliver and Felicity reunite, I believed he was moving forward as a character, back to the Dig we knew and loved, and his behavior during the first half of “Unmasked” aligns with this theory. However, his final act with Lyla, if it is what it appears to be, undermines any strides of progress and indicates that Arrow viewers are in for more of the same, frustrating choices we’ve seen from him recently in this season’s upcoming episodes. I’m still trying to be hopeful that the writers room will turn this Diggle arc around, especially since Beth Schwartz and her team have gotten so many other important things right in Season 7, but my patience is wearing thin. How much more damage can Diggle’s character take before he’s essentially irredeemable?

And Oliver and Felicity need the old, real John Diggle more than ever after the events of “Unmasked,” which show that, despite how hard the two of them fought for each other while Oliver was in prison, the changes they needed to make in order to survive, in order to be there for each other, may be what ultimately drives them apart . I can understand why some fans may be frustrated with how Oliver and Felicity’s storyline develops, as we go from their powerful kiss at the end of last week’s episode to Oliver repeating his wedding vows to her on their anniversary to Felicity uttering these words in one of the hour’s closing scenes: “I just don’t know if what’s best for me right now is the same thing as what’s best for us.” It’s enough to give any Arrow viewer emotional whiplash, and yet, to me, it also feels like the most honest and, frankly, best direction the show could go in right now.

While I don’t believe everything that Oliver and Felicity say to each other in that final scene rings 100 percent true (particularly the fact that she had to “learn to protect myself,” as if she hadn’t done this in the past), it would feel completely false if the Arrow writers attempted to bypass everything that Oliver and Felicity have experienced over the past few months. Oliver’s decision to give up himself up to the FBI in the Season 6 finale was a major, game-changing decision for the series, and it should therefore have major, game-changing repercussions. That’s why it’s so satisfying to see Felicity fully call him out on his selfish choice, one he made without ever consulting her or William, one that left her and William vulnerable and alone, forcing them to fight for themselves. That’s why it’s also so satisfying to watch Oliver suit up again as the Green Arrow but without wearing his mask, as he partners with Dinah and the SCPD to take down Fuller. These moments of agency, of both Felicity and Oliver claiming their own power in different ways, could not have been achieved without Oliver’s actions from last season’s finale, and ultimately, even if the two of them are being pushed in different directions right now, at least these directions are authentic and active and interesting ones, directions that are so much more vibrant and honest than most of the manufactured drama of Arrow Season 6.

But with these new actions, with the time and the distance that Oliver and Felicity spent away from each other, must also come a rehabilitation period of sorts, a period of time where the two of them rediscover each other, and that certainly won’t be easy. One of the key lines in Oliver and Felicity’s final scene together is when she tells Oliver that she’s not the same girl he first met, chewing her red pen, and frankly, after everything she’s been through the past six months, let alone the past six years, she shouldn’t be. If Oliver has been allowed to evolve over the last six seasons of Arrow, Felicity should be able to as well. She can still be Oliver’s beacon of light, his source of goodness and kindness and love, even if the light she is providing isn’t always the brightest, even if her morality has become more gray than black and white.

And now, in hindsight, I believe this is what Turner’s conversation with Oliver from last week’s episode was hinting at: not that Oliver would have some type of new philosophy about the foes he faces in Star City but that he would have to try to apply this type of mindset, this acceptance of the morally gray, to the most important person in his life, Felicity. Maybe this is the vital lesson that Oliver takes with him from prison, and maybe, just like so many other lessons he’s learned before, it will take a while before it fully sets in. Because make no mistake, my friends, this is the end of one chapter for Oliver and Felicity but also the start of a new one. Their journey together has always had ups and downs, peaks and valleys, but they’ve always pushed their way out of whatever darkness they have faced together. Even if they’re going in different directions now, even if it takes a good chunk of this season, they will meet in the middle and fight their way out together. Because that’s what heroes do, and that’s who the two of them are.

What did you think about this week’s episode of Arrow? And as wear near the mid-season break, what are your thoughts on Season 7 overall? Comment below and let me know. 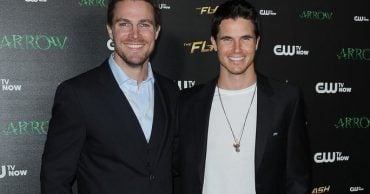 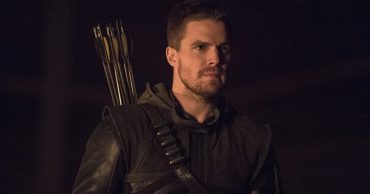 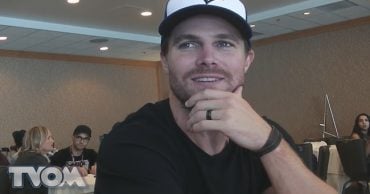 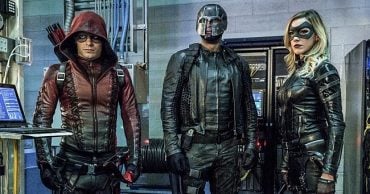 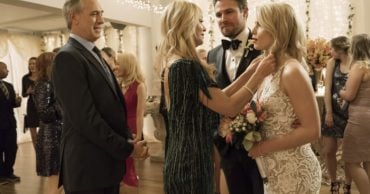 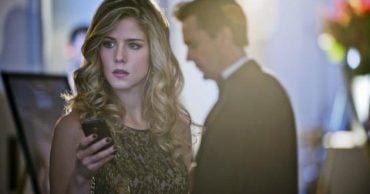