Home
Movies
Are We Going to See a Demolition Man Sequel? 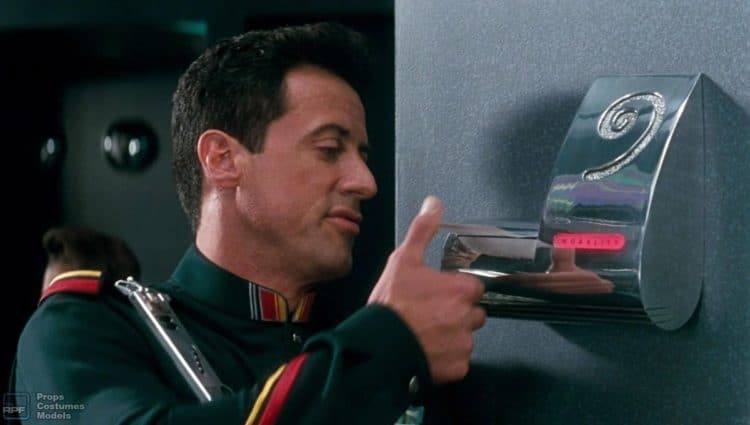 The better question is do we really need a Demolition Man sequel, but that’s kind of a silly question in an era where reboots and sequels have become the norm and the answer would be ‘of course’ from anyone that remembers the original movie. I’ve seen the original movie, as have a lot of people, but the consensus on whether or not it deserves a sequel is still unknown since teh first movie was fine for its time and had a lot of action that was enjoyable, but it was also kind of a goofy movie in some ways too. One big thing that Cody Hamman of Joblo is getting after though is that it would appear the movie has a bit of predictive power much like a few other movies and TV shows have throughout the years. People love to pick up on these cues since it is a little eerie how some things that are predicted in movies tend to happen in real life. This time around however there are notable differences since Arnold Schwarzenegger didn’t become president in real life, though he did become the governor of California. Also, there was no massive earthquake that devastated California to such a degree that cities had to merge in order to create a new society, thankfully. The whole no-contact thing that’s so prevalent in the movie however is an unfortunate side effect that some have witnessed and been living with thanks to the coronavirus, so the predictive nature of the movie is coming into play as some might want to think. Within the next decade however it’s hard to think that we’ll be doing air high-fives and having VR sex for fear of contracting any unwanted diseases. Plus, growing babies in a lab just doesn’t sound like something that a lot of people would get on board with.

Movies set in the future are typically a lot of fun since they tend to predict certain outcomes based on habitual behavior and trends of the day and how they could possibly expand in the years to come, but rarely are they ever really worth using as predictors when it comes to stating how life will be at some point in the future. After all, according to a lot of futuristic movies we were supposed to have flying cars, suspended highways, time travel, and various other wondrous inventions by now that haven’t been seen since movie magic is fanciful and fun but it’s not realistic and likely as not it would be extremely costly. Think of what a flying car would cost right now and what it might take to actually earn the permission to operate one. The Demolition Man was a nice jump into a future where cryogenics are seen as the pacifistic and kind way to store the worst of the worst instead of locking them away for life and possibly executing them for their crimes. Those that are against the death penalty usually have their reasons, and sometimes they’re right, but stacking people like ice cubes and later on learning that they’re still awake while in hibernation sounds even more inhumane than sticking a needle in their arm. Some prisoners might even prefer the needle if they were to realize that they’d be spending their time in prison literally in the ice.

One reason I’d say that a Demolition Man sequel isn’t needed is that the movie did end on a pretty good note with Spartan and Huxley appearing as though they might be an item, Edgar Friendly and his people were topside once again and about to integrate with everyone, and things were about to go back to the way they were pre-Cocteau, as in back to the normal that we know today. The one thing with a utopia is that as a reality it’s not bound to work and as an ideal it’s like a shifting tide, it’s different for everyone and very few people are ever going to fully agree on one ideal for everyone. Trying to create such a place is next to impossible since it would mean creating a world that’s bound to encapsulate everyone’s likes and none of their dislikes, which isn’t possible since the likes of some are the dislikes of others. See how that works? Michael Shermer of The Week has a more in-depth explanation of this idea. As far as a sequel goes for Demolition Man though one would have to think about who the main bad guy would be, since there would need to be one, and why in the world they’d start causing trouble. Obviously Spartan would still be around to do his thing, but as we’ve seen in the latest Rambo movie, Stallone is getting kind of old to do all the same action sequences he used to do so readily. A sequel would also need to cover a lot of bases between the last movie and now, and of course, the three seashells thing would need to be explained. You thought I would leave that out, didn’t you?