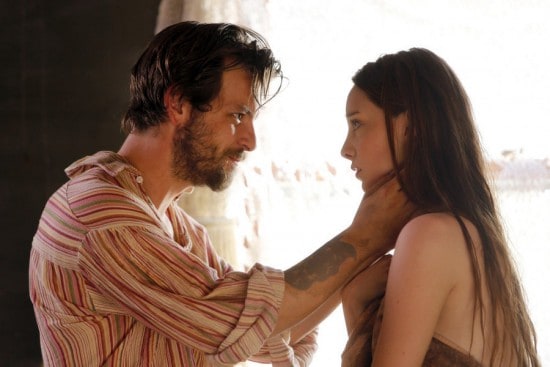 While all thirteen episodes of Aquarius will be available on-demand tomorrow, NBC is charging full-steam ahead with the television broadcast with a two-episode series premiere. Here’s a look at the second episode of Aquarius, “The Hunter Gets Captured by the Game.”

After the struggle with Manson at the end of the previous episode, Ken Karn returns home to be mended by his wife. He keeps his situation secret and feigns ignorance when he hears Charlie’s name, but Sam and Grace are having none of it. Unfortunately, though, Ken is able to use his influence with the mayor and police commissioner to convince Hodiak to (temporarily) back down. Meanwhile, Manson explains more about his rock star dream to Emma, saying that he wants her help with the process.

While Sam keeps working on the Emma Karn case, he and Detective Shafe get pulled into the investigation of the death of a white girl in a non-white part of town. While they work on leads for this new death, Ken talks with one of his associates about what’s going on now with Manson. They attempt to block the parole officer from getting information on Manson, and, at the same time, Emma gets in some trouble while attempting to shoplift for Charlie. The man comes to her rescue, but his methods of persuasion prove to be violent.

Shafe and Hodiak continue working their case, and, in the process, the slightest bit more of Sam’s backstory begins to come out. The chemistry between Duchovny and Damon is one of the real highlights of the show so far, and their scenes together are equally as intriguing as the moments that Gethin Anthony is on the screen as Manson. Another strong aspect of this second episode is Gaius Charles’s (best known for Friday Night Lights and Grey’s Anatomy) guest role as Bunchy Carter that ties into the murder case. He doesn’t get the largest amount of material in the world to work with, but what he does get is acted wonderfully.

Through the course of “The Hunter Gets Captured by the Game,” we’re treated to some more really great scenes between Manson and Ken Karn, and it surprises me just how engaging the show is whenever these two characters share screentime. Unfortunately, the episode also highlights a couple of flaws that were present in the series premiere but stand out even more here. The first of these, as mentioned before, is just how much events drag when we get a look at Charlie’s commune. While these were strengthened a bit before with Manson’s presence, it unfortunately does nothing to help in this one. I’m really hoping that the writers end up figuring out how to make these more meaningful later on. The other of these flaws is just how mismatched McManus and O’Bryne are as husband and wife. It’s one thing for it to make sense from a narrative standpoint, but their mismatch is much more from a “behind-the-scenes” standpoint than a storyline issue.

Elsewhere in the episode, we’re introduced to Sam’s son Ben, played by Chris Sheffield. It’s unknown as of now how large a role Ben will play in the show, but it will be interesting to see how his experiences in Vietnam conflict will function in relation to the world in which Sam is currently trying to live. “The Hunter Gets Captured by the Game” also highlights the philosophical differences between Brian Shafe and Sam Hodiak, and we get a really great insight into Shafe’s home life that I won’t spoil here, but it goes a long way in explaining why Brian feels so strongly about certain issues.

A final important point that I’d like to discuss is the cleverness and originality that Aquarius is beginning to use in the ways cases are “solved,” or at least wrapped up. It seems that endings aren’t going to be as clean as most cop dramas tend to have, and I really think that this effort will help make the show stand out even more and for unexpected reasons.

“The Hunter Gets Captured by the Game” was a slightly better hour of television than the the previous episode, but the two-hour premiere of Aquarius was overall extremely solid. Flaws still shine through, but the cast is still able to sustain any major issues that can be found. The writing is adequate, but there are plenty of times when you can tell that it’s the largest problem in the show so far. Nevertheless, the use of additional cases aside from the Emma Karn hunt seems to actually be propping up the show rather than distracting or dragging it down, and it really is a delight, still, that the time period of the show is used so masterfully. Two hours in, I’m pretty confident in the direction that Aquarius is heading, and I’m really excited to take a look at the remainder of the first season.

What did you think of “The Hunter Gets Captured by the Game?” Are you on the Aquarius bandwagon? Let us know your thoughts down below! 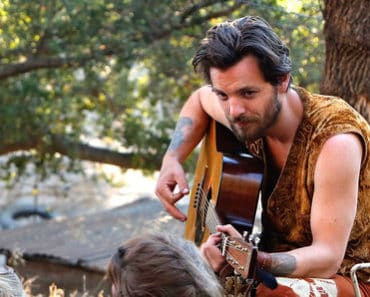 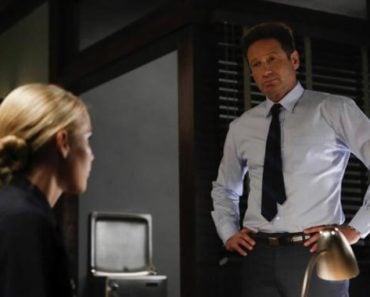 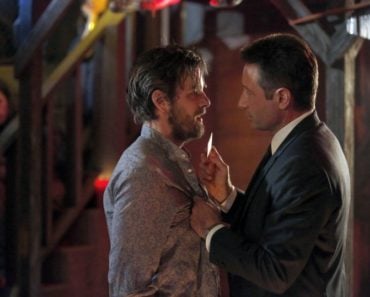 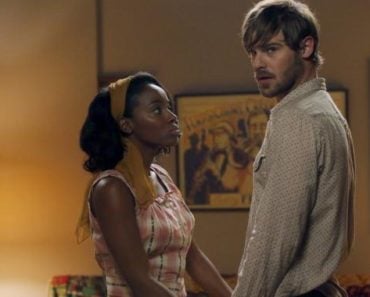 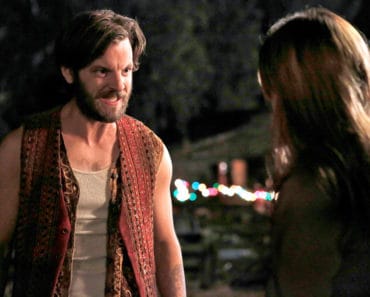