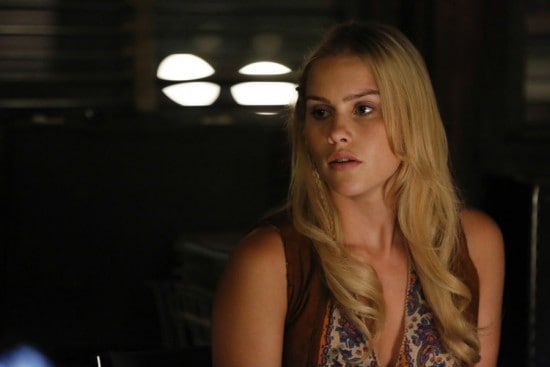 One of the most highly anticipated new shows of the summer is NBC’s Aquarius, a 1967 drama about LAPD detective Sam Hodiak, played by the incomparable David Duchovny, who, while investigating the disappearance of the daughter of an ex-girlfriend, gets caught up with the infamous would-be-rockstar, Charles Manson (Gethin Anthony). Described by showrunner John McNamara as a work of “historical fiction,” Aquarius chooses to tackle an original story while blending in a fictionalized version of the life of Charles Manson, years before the Tate-LaBianca murders for which he would become well-known. NBC is also choosing to experiment with the practice of binge-watching by releasing all thirteen episodes of the show’s first season a day after the series premiere. All-in-all, Aquarius is a major experiment for the network, and one that is extremely welcome in the current television landscape.

The premiere episode opens up to the music of the 1960s, which has been confirmed to play a huge role in the series. In the middle of the night, Emma Karn (Emma Dumont) sneaks out of her house to head out with some friends, ending up at a gathering by Manson himself. The scene is distinctly set in the age of the “love generation,” and sex and drugs abound. Emma gets drawn into a conversation with Manson, and Anthony exhibits a perfectly charismatic performance as the person that he describes as a type of actor. As brief as the scenes in the introduction with Manson may be, Anthony brings an incredibly creepy vibe that should do wonders for the character’s storyline in the show.

A little later, Sam Hodiak gets a call from Grace Karn (Michaela McManus), an ex-girlfriend, who lets him know about her daughter going missing. Hodiak heads over to find out more information. The scene here is short, but Duchovny uses the talent set that he is incredibly well-known for to immediately bring a life to his role. At the Karn household, Hodiak learns that Emma is probably with her “boyfriend,” and he briefly catches up with Grace as he walks to the car. Duchovny and McManus display a chemistry together in spite of the circumstances of their characters’ reconnection, and it is clear that this relationship will have a role in the show’s future.

Hodiak heads out to find Emma’s boyfriend, and he ends up investigating at the site of the party. He isn’t able to learn anything of value, but one of the party guests clearly knows more than anyone is letting on. Meanwhile, Emma spends time hanging out with wannabe-rockstar Manson, and Anthony gets to show off his guitar and singing skills as he mesmerizes all he encounters. It’s great that the show is tackling such a relatively obscure portion of Manson’s life here, and it really gives Aquarius an opportunity to stand out.

The show’s introduction to Detective Brian Shafe (Grey Damon) follows these scenes, and this introduction makes full use of the time period through both set pieces and supplemental audio (as youths are told to disperse due to the curfews). We also get a great (but short) introduction to Claire Holt’s Charmain Tully, and we are immediately assured that her role in the show will be one of attempting to break the norms in the man’s world of the 1960s LAPD. Hodiak ends up recruiting Shafe to help him with the Emma Karn hunt, and the two get a lead about the mysterious “Charlie.”

During the second half of “Everybody’s Been Burned,” we’re treated to some truly spectacular acting from Gethin Anthony, and it is so very clear how well he manages to embody this role. The title of the episode really comes into play once Manson begins explaining about his childhood and home life, and we begin to understand his view that everyone is damaged. Every word out of his mouth is almost a master class in acting, and it’s easy to believe how so many people during this time period were drawn to him.

Elsewhere in the episode, we get a sense of what the relationship will be between Hodiak, Shafe, and Tully, and it’s obvious that, once they get past some hiccups, they’ll end up being a really great team. Grey Damon in particular really surprised me at how well he’s able to immediately establish himself in a role. Before Aquarius, my only familiarity with Damon was his somewhat small role in Friday Night Lights, but he easily manages to stand out in an already spectacular cast.

By the end of the episode, Hodiak and friends have managed to find out about Charles Manson and exactly who he is, and it turns out that Manson and Emma’s father Ken (BrÃ­an F. O’Bryne) have a much closer connection than anyone could have expected. The two end up in an unplanned meeting in a parking deck, and Manson reveals that all he wants is to use Karn’s connections to get an “in” in the music industry, but not before a very intense form of intimidation.

While it’s only been one episode, the thing that stands out the most to me about Aquarius is that it accomplishes the great feat of being a period piece that doesn’t feel stereotypical. One of the things that worked best about Mad Men, which was also a drama set (initially) in the 1960s, was that it engrossed you in an era without ever dipping into parody. There’s still ample time for Aquarius to fall into that trap, but I’m incredibly hopeful after “Everybody’s Been Burned” that enough care has been put into the design and feel that we won’t have to worry about that. At times in this episode, some of the writing did feel a little clichÃ©, but it also manages to still be more original than most cop dramas so it’s easy to forgive. Adding to the originality, we get a look at what police procedure was like in such a different time period. In some ways, this look at procedure serves as an interesting reflection on the perceived police brutality of today, and it may be the writers’ way of trying to send a message or make a statement. Interestingly enough, the least compelling parts of the show, at least for now, are the scenes with Manson’s group (when Manson himself isn’t around, at least). Gethin Anthony is perfect in his role, and the way that Manson is weaved into the story is really done in a masterful way.

Overall, “Everybody’s Been Burned” is a very solid introduction to Aquarius, immediately setting up the premise while assuring that this is a cast we want to see. There are a few notable flaws as mentioned, particularly in the scenes with Charlie’s “commune,” but it’s early enough in the series that I’m completely willing to give it time for that to grow on me. Luckily, even when Manson himself isn’t on-screen, the rest of the David Duchovny-led cast delivers great performances with some very adequate writing.

What did you think of the first episode of Aquarius, “Everybody’s Been Burned?” Let us know in the comments below! 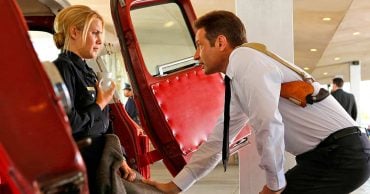 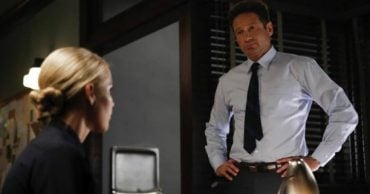 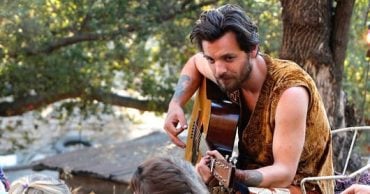 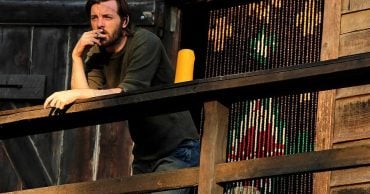 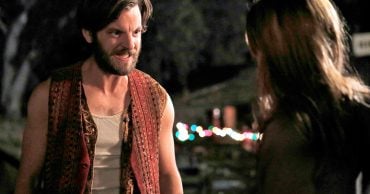 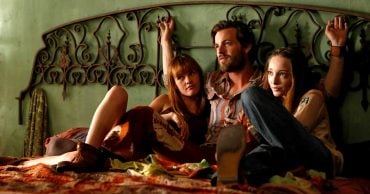