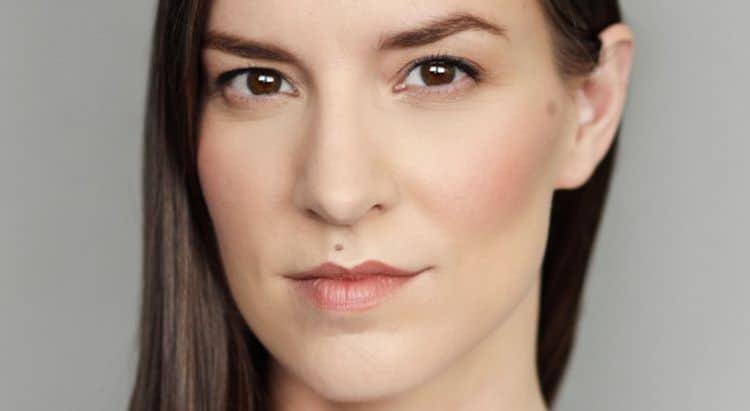 We’re barely a month into the year, and already we’re having to talk about those that we’ll miss as the days continue to roll on. But as some of us would state, this isn’t anything new, and it’s not going to stop thanks to a little thing known as the human condition. But many people would agree that passing at the age of 39 is still a little too young, since those of us that have reached this age and kept going are still figuring things out, still attempting to work with what we have in this life, and in some cases are trying to figure things out as we go still. But Jeanette Maus was one of those that had at least parts of her life figured out since her success would argue quite well for this point, as between her live-action and voice work in the entertainment industry she was well-known and respected by many individuals that had come to value her skill set for a number of reasons. Sadly, Jeanette did pass recently after complications with the cancer she’d been fighting for a while finally bested her. Those that have dealt with the effects of cancer or been near and dear to those that have know very well that this type of fight isn’t always a winning one since while some people can recover and even survive such a thing, others fight as hard as they can, but only buy a bit of time that inevitably leads to the end. Like all performers though, remembering Jeanette for what she gave to the business and therefore to the fans is far more important than bemoaning the unfair hand that is dealt to many people that have to deal with such health concerns.

Her career actually started back in 2007 and if a person doesn’t know who she is then it’s not the end of the world since she did star in a lot of short films and in other projects that aren’t quite as well known. But those Resident Evil fans out there likely know her voice quite well since she’s voiced a few characters for Resident Evil Village, which means apart from the other performances she’ll be remembered as being a part of one of the more popular franchises in pop culture, which is not a small thing to be certain. The thing about everyone that gets into the entertainment industry is that whether a person admits it or not, they’re trying to put their stamp on a business that has a fierce reputation for remembering those that do something right and that manage to be remembered, and tends to forget those that don’t do much and aren’t ambitious enough to step up and take something when they want it. Whether or not Jeanette had that ambition she definitely stood up and took what she could in order to give as much as she could to whatever job she was on, and being remembered makes it evident that she did a pretty good job. While her time as an actor has been well-documented, the fact is that she did more than this for others since she was an acting coach and teacher as well, meaning that she didn’t just take her own spot in the business, but she was willing to help others do the same as she guided them along the same path.

Teaching, no matter what subject one instructs others in, is something that sets a lot of people apart from others since if one looks at the big picture we’re all teachers and we’re all students in some way. But those that choose to teach others, actually TEACH them in an active manner and seek to help them better themselves in order to make their mark in the world, are special in a way that is hard to fully describe. These individuals aren’t always patient, they’re not always polite, and they’re not always the idealistic vision that people have when thinking about the profession since teachers are every bit as human as anyone else. But those that want to help others reach their potential are without a doubt those that are, for better or worse, the type of individuals that are actively trying to better the world in some way, and are to be lauded for it. Jeanette’s decision to become a teacher was one that might have had any number of reasons behind it since to be fair, there are a lot of different reasons for becoming an educator, but it also feels as though it was either secondary or kept under the radar since her voice skills and acting are what a lot of people remember. However one is remembered though it’s important to think that the perspective isn’t the big deal, it’s the fact that they’re remembered by others for having made an impact.