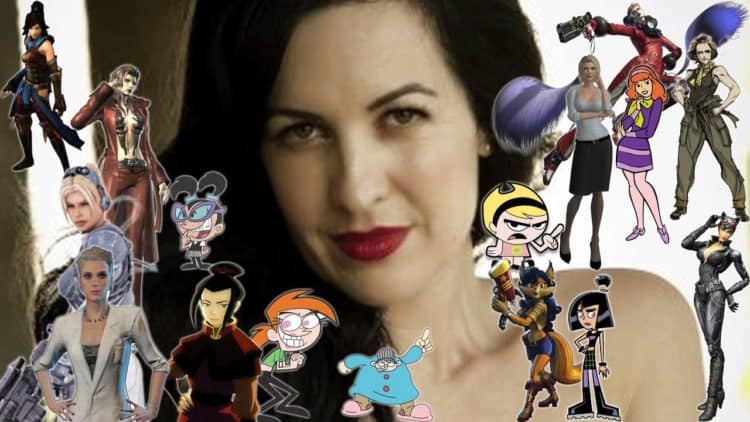 I’ve said it many times already but I’ll keep on saying it since it’s constantly warranted: voice acting is every bit as challenging as live acting. In some cases, like that of Gray Delisle, it’s even harder since in order to come up with great characters you can’t just use the same voice over and over and expect people to not pay attention. Voice actors have to come up with different voices for different characters in order to be convincing enough for people to want to keep watching. Gray took up comedy first and then voice acting as she was lightly goaded into the former by a friend and took up the latter on her own. From that point on however it became something of a hobby and then a career as she continued to hone her skills at creating unique and memorable voices that people found entertaining and that were parts of notable shows, films, and video games.

Here are just a few of the more notable roles she’s taken on in her career.

It might be hard for others who don’t have that creative spark to understand just what it means when an actor is allowed to ‘go crazy’ on the set. What it tends to mean is that you don’t have to calm that crazy energy that makes you who you are. Instead you get to channel it and become the character that you’re trying to be, giving life to that figure in order to make them a little more real and a little more believable for the show. A lot of voice actors, live action actors, and even writers can understand this as it’s something we do on a regular basis and something that we put a lot of effort into when it comes to dialing down the crazy to step back into the real world. When in the midst of one’s own creation however or on the set, it’s possible to just let it go and be seen as completely normal because that’s what’s expected and that’s what people want.

She uses laughter to define her characters.

Really, that’s what she uses in order to ‘find’ who the character really is since laughter is one of the most honest gestures we tend to make. Think of it, when someone laughs and doesn’t put their heart into you can tell, but when it’s an honest to goodness belly laugh then there’s no mistaking it for anything else. Gray uses this to find out just how to approach each character and how she’ll end up developing their voice. A lot of times this seems like a very good practice since it allows her to dial in the character before going full steam ahead. A lot of people might say that it’s fiction, just find a voice and go with it, but it’s not that simple. In creating a character the picture might say a lot, but their story and their personality say just as much as well. Fictional characters are just as complicated as real people sometimes and therefore it’s necessary to remember that they’ll be every bit as nuanced as a real life person.

That sounds contradictory doesn’t it? How could someone that’s reading off a script and delivering a voice role be all that active? Well, some aren’t, and some are. It all has to do with the kind of energy a person has and the way in which they use it while they’re at work. Gray tends to be a big ‘hand talker’ meaning she moves her hands a lot when she talks. This isn’t uncommon for a lot of people since when they converse with others their hands will be moving and it might very well unnerve some people. Others however come to understand that it’s not due to mental illness or anything else, it’s just the way some people use that extra energy when they feel the need.

One big piece of advice that Gray has for people that would love to become voice actors is just do it. Practice, practice, practice, and then practice some more. Study the greats, listen to their work, and if you can match them or surpass them and have the desire then go and try to make something happen. It’s a bit of a hassle to get into voice acting, but in her opinion it’s worth it and if a person has the skill then by all means take the chance and find out what it takes to get into it. She doesn’t put a lot of stock in any classes that exist to teach a person about voice acting since it’s really more of a matter of personal desire. But given how she got into it, a person would be wise to take her advice and make sure this is what they wanted before getting into it.

Five Storylines We Hope to See in Squid Game Season 2

Five Excellent Movies Involving The Cast Of House of Gucci

The Crown Season 5: Where Else Have We Seen Jonathan Pryce?