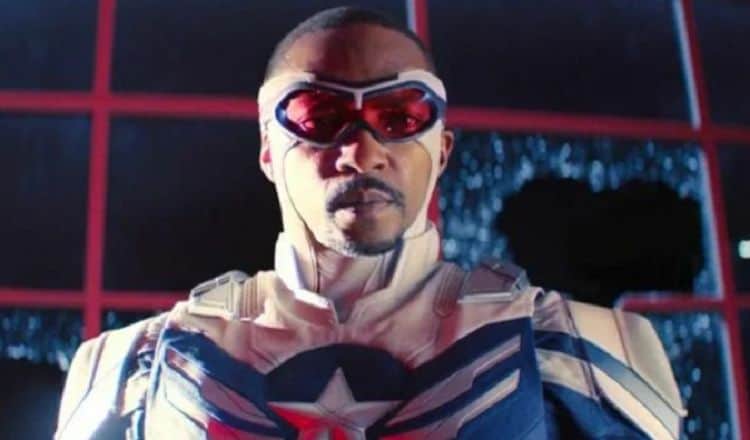 A lot of kids look up to their parents in a lot of different ways, but now Anthony Mackie’s kids can look up to their father as one of the most iconic heroes in the MCU. And yet, it sounds as though a couple of them haven’t made the connection yet, which is kind of amusing since they apparently told their dad that he could play Captain America. You’ve got to love young kids and their slow but eventual process to putting things together, but it’s even more uplifting since the emergence of a Captain America that’s also a man of color has been seen in the comics already, but now that it’s been seen in live-action it’s even more telling since like it or not, Anthony Mackie has a huge burden that was placed on his shoulders as the legacy of Captain America is one that has been a part of the Marvel universe for a long while now, and as anyone should be able to imagine, the change is going to be one that will be resisted by a few individuals that won’t want to see Mackie as Cap for one reason or another. Personally, if he can fit the role and make it work, for another season on Disney+ or in the movies, then he should keep suiting up to do his thing. Hopefully Sebastian Stan or someone else just as famous would be able to keep teaming up with him, since even Captain America needed a bit of help now and then, and having a sidekick might even be a good idea. To the doubters and the haters, it’s better to just smile and move on since they can stew in their unrelenting criticism all they want. If a person can perform a role, then it should happen.

Some would make a decent point however that the reverse action isn’t bound to happen, since gender and race-swapping various heroes at this point has been aimed at replacing cis-gendered Caucasian males more than anyone, which some feel is equality, but others would point out is just as ridiculous as anything. For instance, the Black Panther would never be replaced with a Caucasian since people would lose their minds, just as various other heroes that come from different ethnic backgrounds wouldn’t be turned Caucasian, since again, people would likely riot. The argument then is that turning Captain America into a man of color is troubling, to say the least. To those arguments though, there are plenty of counters. The Black Panther is the easiest since the idea has more to do with culture and where the hero came from than skin color. Captain America is, as a mantle, able to be transferred from one person to another, be they male, female, a person of color, or Caucasian simply because it’s a mantle, a symbol of the country that people want to believe in so badly. Another good example is that of Thor, who is a part of Norse mythology that has been taken and molded as Marvel saw fit. The power of Thor is now being transferred to a woman in Thor: Love and Thunder, and people are all over it, but many are still wondering if Lady Thor will be seen as more powerful than the original Thor. The better question is this: who cares?

There’s a part of my being that bristles at the changing of the guard just as much as anyone since these are the heroes that a lot of us have grown up with and idolized for a long time. But I’ve also been one of those that admit that things have to change eventually. If they change in a way that people enjoy, then great, if they don’t enjoy it, then it’s time to move on and find entertainment elsewhere. But stating that anyone shouldn’t be given a chance to play a role for something as paltry as skin color or their sex is kind of ridiculous. Anthony Mackie’s kids look up to him obviously and have yet another reason to do so, and that’s something special that any parent would like to have no doubt. He’s going to be a different type of Captain America, there’s no doubt of this, but if he was just like Steve Rogers it’s likely that things would get pretty boring since nothing would have really changed. As it stands, his adventures are bound to be pretty interesting since there are still plenty of villains on the roster that Captain America has had to deal with over the years, and Sam has inherited a legacy that has also placed a large target on his back considering that as one of the top heroes of the MCU, he’s bound to become a very popular hero to pit one villain after another against.