Before I break the scene down, watch it in full. Watch it as you’d watch any other. Don’t think too hard, just try to let yourself go and enjoy it. For those who have seen Breaking Bad, you’ll probably have one of those “ohhhh, THIS one” moments as soon as you see the video embedded below. It’s one of those scenes that you remember for a long, long time. If you haven’t already seen the show, I sincerely hope that this convinces you to do so.

Without further adieu, here it is.

1) The music – The song played in this scene is “DLZ” by TV on the Radio. It’s a pretty funky, unique song that probably wouldn’t fit most other scenes, but it’s perfect in this context. When I listen to this song, I feel like I’m a lot cooler than I really am. It gives me that feeling of bravado, that sensation of raw toughness and grit and of unyielding spirit and determination. I feel invincible. This is why it’s so perfect for this scene. Those are the exact emotions that Walt is experiencing in this moment. He’s starting to truly believe this role he has created for himself. The music is therefore a direct auditory manifestation of the character. What he’s feeling — you’re hearing. I can think of no better use of soundtrack than when it enhances the emotions of the characters without distracting from them. Damon Lindelof, co-creator and showrunner of LOST, once mentioned that bad music will tell you how to feel, and good music will take what you’re already feeling and enhance it (excuse my paraphrasing, Damon). I think that, despite the song clearly not being an original composition made for the show, Lindelof’s assertion rings true in this case. It really does amplify the emotions of the scene. Not only can we feel the birth of “Heisenberg” through what we’re experiencing visually, but we can also feel it through the music. And that’s important.

2) The genius of Bryan Cranston – There are currently two actors on television who have mastered the art of “The Look.” The first is Terry O’Quinn. The other, is Bryan Cranston. It goes without saying that Cranston is a tremendous actor, fully deserving of the countless accolades he’s been given over the past few years. His acting in this scene is magnificent. Given that, I’m choosing to focus solely on “The Look.” Well, technically, there are two separate “Looks” — but I’ll get to that in a second. The first is at 0:47. Cranston cocks his head roughly an inch or two to the left, and suddenly he has become a different person. All it takes is an extremely subtle head movement to go from innocent chemistry teacher Mr. White to the menacing drug kingpin Heisenberg. From then on, his head doesn’t move. Save for a calm, calculated blink, Cranston’s face is locked in staring down his foe. The second “Look” and probably the more infamous of the two is Cranston’s hint of a smile at 1:26. The phrase “hint of a smile” gets tossed around often, but in this case there are no better words to describe Cranston’s expression. It is definitely not a smile in the normal sense — it’s literally a hint. A clue. A suggestion of a smile. In fact, it’s debatable whether or not he’s smiling at all depending on your interpretation of the scene. That is why what Cranston does is so magical. I tried to sort this out in my head, but I’m still not sure how the heck Cranston managed to suggest so much with such a minute gesture. It’s remarkable. My interpretation of the “Look” is that he is smiling — he is starting to accept the man he has become and…he kind of likes it. But as soon as the smile comes, it’s gone. It morphs into a stern look of defiance, and we cut to black as the music spills over into the credits. Simply amazing.

3) The camerawork – We start with a long shot of Walt walking out of the hardware store and toward the camera. We don’t cut. Suddenly, he stops right in front of us. He’s acquired his target. After a brief glimpse of two men in the distance we’re back tracking Walt — this time with a close-up of his deathly stare. He gets to the RV and after a couple of quick cuts, the exchange.

“Stay out of my territory.”

As Walt coolly says this awesome line, we stay fixed on his stare. We don’t cut to see the other man’s reaction to Walt’s demand as you’d might expect us to. We don’t need to. His scurrying back to the RV tells us all we need to know. Then, we slowly move back toward Walt. One final shot of the van leaving in defeat and then we’re back on Walt until the credits roll. I don’t have a whole lot of filmmaking experience so I hope you’ll excuse the rather simple analysis of the scene’s cinematography, but I don’t think you need to have experience with a camera to acknowledge how brilliant it is in this scene. It focuses on Walt when it needs to. It creates tension when it needs to. It breaks that tension when it needs to. The camerawork reflects Walt’s feelings just as the music does. We can feel his determination when we watch him walk out of the store without cutting away. Usually I can find spots where I think they should have kept a shot longer or cut sooner, but not in this scene. This scene is shot perfectly.

And that, ladies and gentlemen, is how you make television. Breaking Bad returns for its fourth season in July of 2011. You can bet there will be a lot more where this came from. 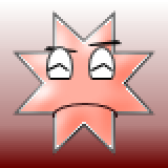