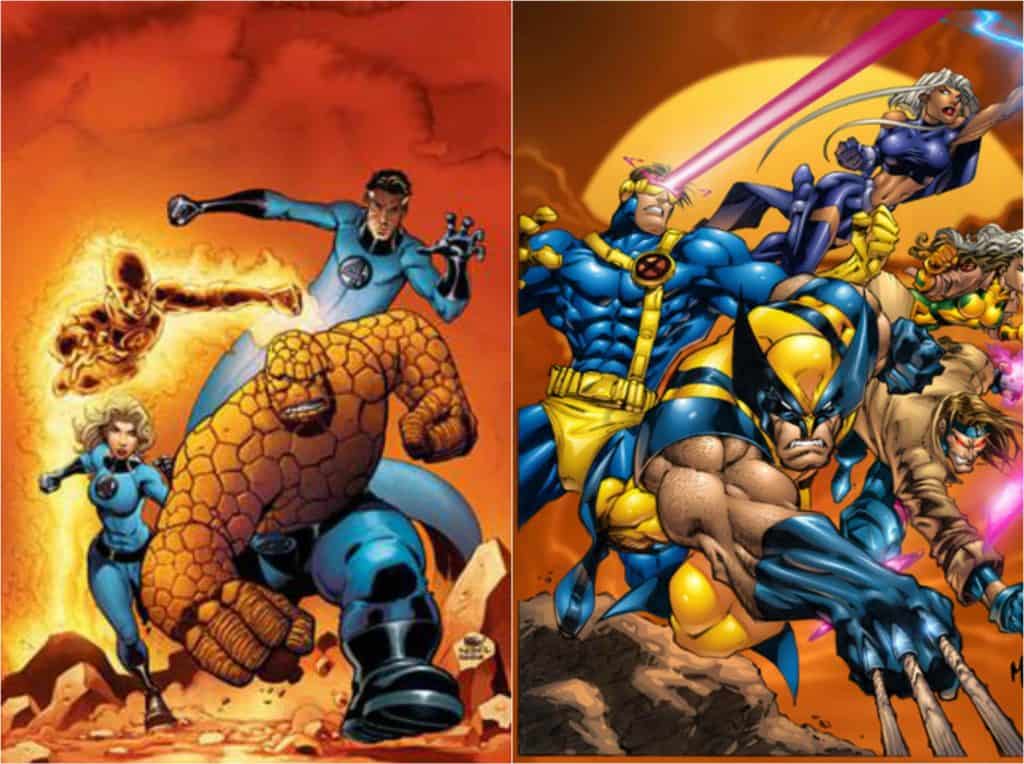 Right now it doesn’t sound as though anything has been locked down or that anything is one hundred percent certain when it comes to details, but it does sound as though there are rumors floating around concerning a movie that will toss the X-Men and the Fantastic Four into the MCU together. It also sounds as though the X-Men will be titled The Mutants to start with, or perhaps that will be the name that will stick. In any case, the rumor is that the X-Men and the FF might actually collide at one point as they make their way into the MCU proper, and we’re here to say that would be just fine. The thing is, these two groups have met in the comics before and there have been tense moments between them, but deciding who might be the winner is kind of difficult since going back to the comics, one could say that the X-Men wouldn’t just sweep this one, since cooler heads tend to prevail with these heroes, sometimes. It does help that Reed Richard and Professor X prefer to settle things in a less violent manner.

The thing about any conflict between these two teams is that it would depend heavily on which X-Men the FF faced, and also, whether they were all going for a kill or not, since this wouldn’t be the case unless matters became so heated that there was no option. Seeing how the writers that are called in to handle the scripts for the MCU movies and shows aren’t about to be told to script a death match between two of the greatest teams in Marvel history, there would likely be extenuating circumstances that would arise in order to keep the two teams from killing one another, such as the idea that since they’re not blitzing each other with their full power there must be a reason.

In the comics, these two teams did collide for a reason that had to do with Kitty Pryde, meaning a new Shadowcat would need to be found. But in that brief, limited series, there were also two others present that have yet to be given great representation in the movies. Franklin Richards, the son of Reed and Sue, was a part of that series, as was Doctor Doom, who many fans DON’T want to see involved with the FF right away. That’s bound to be tough since he’s one of their greatest enemies, but he’s certainly not the only one, since it would be great to see the Mole Man at one point, and perhaps several others, for both teams. The X-Men have a long list of enemies as well, and like the FF, some of theirs are cosmic-based, which could easily be a factor in any upcoming movie since the MCU has been moving toward space within the last several movies, meaning that there’s plenty of room for an intergalactic threat to be present. For the X-Men, it would be great to finally see something like the Shi’ar, or the Brood, finally come into play, while Galactus, the Silver Surfer, and many others could be used for the FF.

But keeping these two teams in the same movie or the same show would be a tall order since both groups are quite popular and would require a bit of development to really show who might make the cut when it comes to the X-Men and who might be cast for the FF. A lot of people would love to see characters such as Gambit and Jubilee make the cut this time since they’ve both been in X-Men movies in the past, but in very small, innocuous roles that didn’t allow them to really become developed or even shown in any kind of impressive way. There are so many X-Men that have come and gone that it’s hard to think of them all, especially since some never really managed to gain the type of fame that the most well-known among their ranks have. But being brought into the MCU at the same time as the FF might do a lot of good for the X-Men, no matter what the title of their movie might be.

So far it really feels as though both teams have had great chances to be represented on the big screen, and while the movies that currently exist haven’t been completely awful, they’ve kind of missed the mark in a big way that fans have noticed. The FF meeting the Silver Surfer, Galactus being a giant cloud monster, and Doctor Doom being botched not once but twice, kind of make it hard to think that the MCU won’t improve in a big way. And the X-Men have had too many goofs in their movies to even recall at the moment, but it’s a hope that Disney will let this team be represented in a way that will impress the fans in a big way.