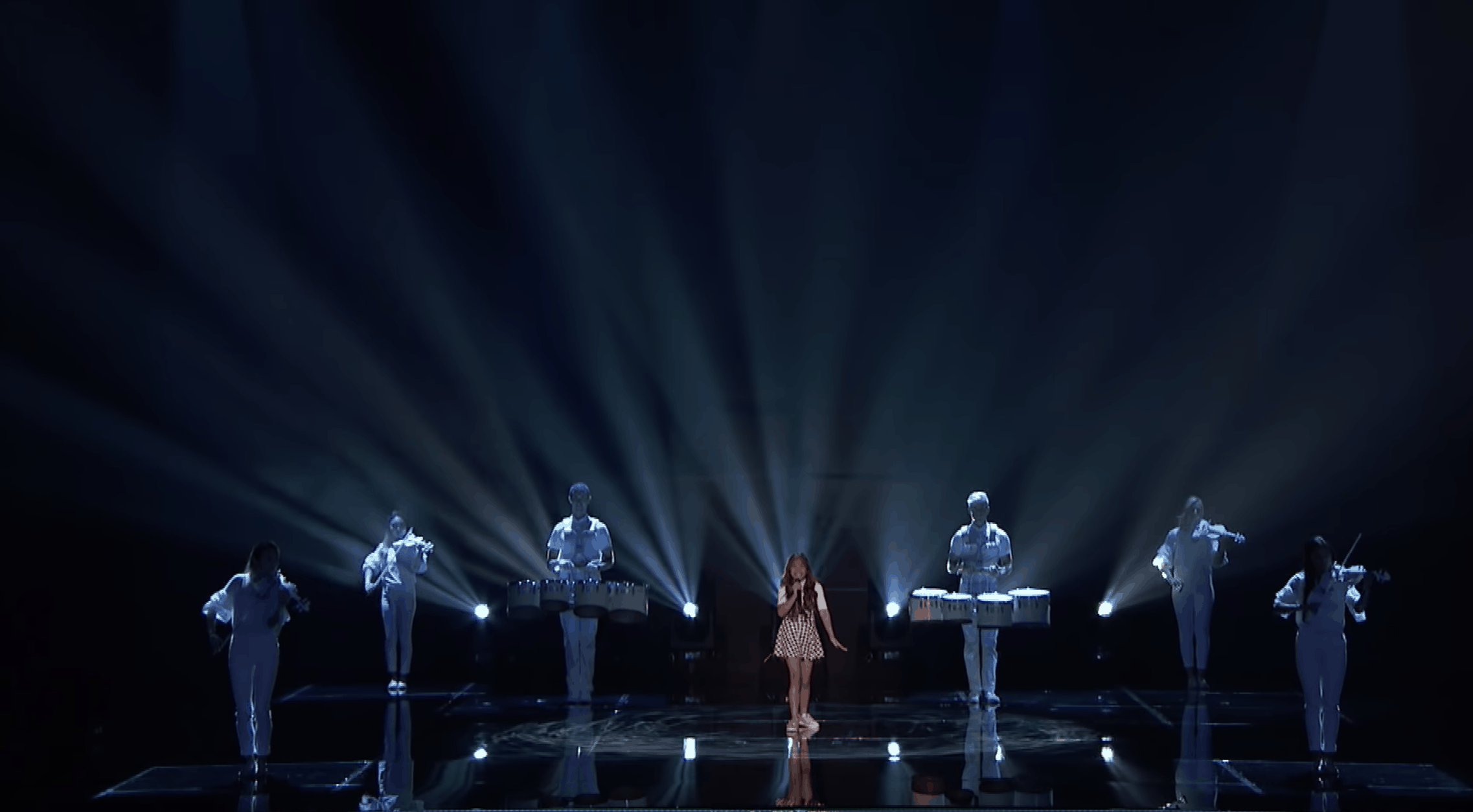 The intense competition continues in this week’s America’s Got Talent: Champions. Ten more acts from around the globe fight for a chance to be in the finals. Who will make it and more importantly, who will get the coveted Golden Buzzer?

This young singer is adorable. Her singing is very good. Though I think some of her high notes sounded a little off, she still manages to belt out Rachel Platten’s Fight Song. I also like that she put her own twist on it, incorporating some quick note changes within the song. The judges, aside from Mel B, loved the performance. Howie even pressed the Golden Buzzer, sending Angelica straight to the finals. I’m not sure if she has what it takes to win given that she’s up against the best of the best, but I wish her nothing but the very best of luck.

Though his jokes didn’t make me laugh as much as Preacher Lawson’s, Samuel’s routine is still quite amusing in its own way. The judges and audience were laughing at every punchline and he didn’t even twitch once. Guess either Simon’s buzzer during Tom’s act cured him of his Tourettes or he has gotten it more under control. Either way, he’s still awesome and kudos to him for not painting his wife’s luggage. If he did, then he would not hear the end of it, I’m sure.

This brother/sister duo never ceases to amaze me with their roller-skate stunts. The act that they did last night was a bit similar to what they did the last time they were on AGT, but it’s got some twists and whatnot added to it so it didn’t come across as boring or dull. It’s a shame that they finished in second place, meaning that they don’t get a chance to perform in the finals. I wonder if the judges can bring them back via the Wild Card? Unless they can only use it during a normal season of the show?

I kind of got all “judge a book by its cover” on this young DJ. I thought that he wasn’t going to do anything special until he began spinning the records and creating his own mix of music. To say I’m flabbergasted is an understatement. Simon then said to him that they’re going to have a conversation after the show, that he has big plans for the boy. I have a feeling that the music mogul’s going to sign AJ and make him a household name.

His operatic voice blew me away as he performed. It was absolutely brilliant and he definitely deserved the win on Britain’s Got Talent when he was on the show. He still sounds as good now as he did then and I’m glad that the superfans from across the United States voted him through to the finals. Wonder how he’s going to do against Susan Boyle? Granted, the latter doesn’t sing opera but still has a powerful voice. Guess we’ll have to wait and see.

I totally respect the hell out of this guy. I mean, he is a great football player (then again, I don’t know how good he is cause I don’t watch football), fighter (underwent open-heart surgery) and a great magician. Every time he comes onstage, he just commands it and amazes the audience with his bag of tricks. The performance he did last night, however, lacked a bit of that magic wow factor. Don’t get me wrong, I like the act, it’s just that with the whole tic-tac-toe bit and the word prediction at the end felt underwhelming to me. Maybe close-up magic would be better for next time.

When John Quale appeared on AGT back in 2010, I found him to be very entertaining. He took opera and put his own creative twist to it with his elaborate costumes and makeup. His performance this time around did not make me want to stand up and applaud. The song he chose (Lady Gaga’s Edge of Glory) was too obvious (much like what Simon said afterwards) and, like with Jon’s act, it was underwhelming aside from the showmanship.

I guess the sting of losing to the Olate Dogs in the seventh season is still very much there for Tom. His sarcastic comments in the beginning before his act was chuckle-worthy, but when the time came, he didn’t quite deliver on the humor. He went on about children and something about childbirth. I all but fast-forwarded as I watched the performance. Even Simon didn’t seem too amused when he pressed his buzzer while Tom was in the middle of his routine.

The last time they were on the show, things went horribly wrong. Amberlynn accidentally shot a flaming arrow at her husband, which injured him. The duo hasn’t performed the stunt since but for their AGT: Champions return, they brought the stunt back. To be honest, it was hard to watch as Ryan snaps a mousetrap on his tongue and had to endure the same stunt that almost ended his life. Thank goodness it went well this time or it’s back to the hospital.

Despite his jaw-dropping attempt at defying the laws of gravity with his performance, it didn’t have that showmanship that magicians are known for. I commend him for making Heidi Klum float in mid-air, but the whole thing felt a bit on the ordinary side. Perhaps he should come back and audition for the show next season and who knows? Maybe he’ll win the whole thing.

Paul Potts (votes from superfans across the US)

Right after Angelica performed, Mel B criticized her for not taking a bigger risk. Howie then pressed the Golden Buzzer, sending Angelica to the finals. Mel B then had to eat her words and Simon stuck his tongue out at the former Spice Girl and his thumb on his nose going: nyah, nyah, nyah, nyah, nyah! I laughed so hard!