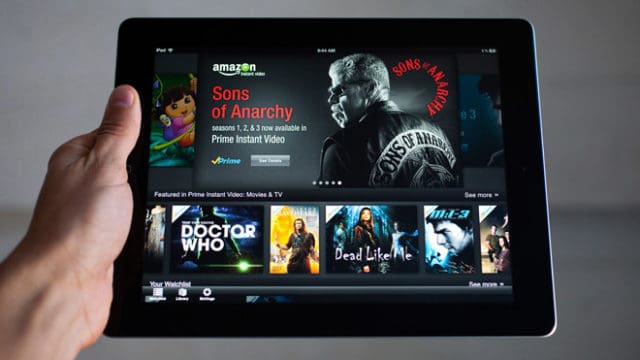 Not satisfied with the destruction of the publishing industry as we know it, Amazon has now taken aim at L.A, specifically the Movie Industry. Amazon Prime announced it was moving into cinema two years ago after landing a hit show in Transparent and signing up legendary film maker Woody Allen, for a series. Their goal was to reduce the time between cinema and release from a traditional, 39 week period to just 4 weeks. Hollywood ,though, is strictly a members club. So Amazon Prime along with it’s cash flush peers, Fox Searchlight and Netflix, have instead aimed their sights, or their wallets, at the Indie film industry. An industry that is typically under-funded and in constant need of investment.

Two years ago, when Amazon first announced their intention to break into cinema, they promised to up the funding for independent film-makers, rejuvenating both the industry itself and the film-makers; all whilst providing good quality film for their subscribers. To be fair, Amazon has made good on their promise. Purchasing Sundance hit Manchester by Sea last year, for an astonishing $10,000,000 was a big step. Trashing the previous top gross, Skeleton Key, which was purchased for a measly $3,500,000. It’s a great time to be an indie-film maker. But, and there is always a but, what does this mean for the film industry in the next ten years?

New technologies, like instant streaming, don’t just change what we consume, but also how we consume it. There is previous evidence for new technologies transforming or, depending on your view, destroying existing industries. Remember Napster in the late 90s and early 2000s? Napster provided free p2p sharing of all music. It was great, anything you wanted could be downloaded for free in a few hours; this was back in the days of dial-up. There was even stories of grassroots musicians who benefited from being able to record, market and distribute their music without being exploited by evil record companies. Myspace heroes The Arctic Monkeys famously turned down their first deal before signing a second offer, on much improved terms. It was a great time to be an independent musician.

Looking back now, what Napster actually did was devalue the entire music industry. Musicians always got screwed by record companies, it’s just that now they get screwed a lot harder, by the likes of iTunes and Spotify. There a parallels between the devaluation of music and the devaluation of cinema. Independent cinema’s rely on longer periods between cinematic release and streaming release. Narrowing this period devalues going to see a film in a cinema. People can wait a few weeks easier than they can wait a few months. Cinema’s will have to reduce their prices, or risk going bust, but what happens when they can no longer reduce. In the next ten years, it’s not impossible to see a situation where the majority of independent cinema’s are forced to closed.

The final impact of Amazon splashing the cash is a a relatively simple one. Inflating the market. Inflating the market means products are being sold well above what they’re worth. The problem is that, in a situation like this, only the rich survive. Newcomers like A24 or Open Road could struggle to survive, reducing the diversity of the independent film making industry overall. We could end up in a situation where Amazon, Netflix and Fox Searchlight control the entire output of independent film- or I could be wrong, and it could all turn out fine and dandy.