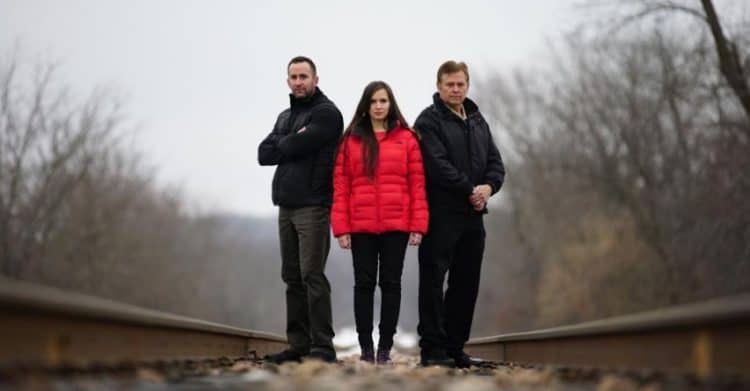 The television series “Alien Highway” premiered on June 12th on the Travel Channel and has garnered a modest amount of attention. There is a continuing interest in tracking down UFOs, and uncovering secrets about aliens or extraterrestrials that the United States government has allegedly been covering up for more than 50 years. Recent news articles have reported that the government has documented some of these what used to be considered “tin hat” claims, and is making some information available to the public. Of all the areas in the United States that have attracted attention over the years, the government’s military installation Area 51 has been at the top of alien hunters list.

As for the show itself, it features a team of UFO hunters headed by Chuck Zukowski, who has had a keen interest in sightings over the past few decades. The Travel Channel has given the concept 8 episodes to prove itself, so we will keep an eye on it and see if there is anything worth watching. For now, here are 10 things you didn’t know about “Alien Highway.”

1. There is an actual road that goes by a very similar name

Located in Nevada and running along the space of Area 51 is Nevada State Road 324, more commonly known as Extraterrestrial Highway. It has been in existence since 1932 and is a location of a number of reported UFO sightings. While the road mostly winds along desert areas, it is continually traveled by people who have a keen interest in UFOs.

The title of Deputy Director of Animal Mutilation Investigations has been given to him by the Mutual UFO Network, also known as MUFON International. It is this title that informally qualifies him to conduct the “Alien Highway” investigations. In addition, he has been a law enforcement investigator for almost 30 years, bringing a unique set of qualifications to the table.

3. The series takes place largely in the Western United States

Despite the fact there is an actual Alien Highway that is more familiarly known to the general public in Nevada, Zukowski begins his investigations in Utah where there have been a large number of UFO sightings. Later, the show will move west and follow up on recent reports of UFO sightings and activity.

4. The series has its origins dating back to the Native Americans

The concept of unexplained sightings, while commonly seen as having a Nevada origin, actually appears in the lore of the Navajo Indians. It is through oral tradition that has been handed down from one generation to the next where the Skinwalker Ranch located in Ballard, Utah is said to have been the place of paranormal activity.

5. There has been a recent incident of paranormal activity near the Skinwalker Ranch

A report of “a creature” seen near the ranch is where the series begins, and according to the show there is a substantial amount of evidence both on the Earth and in the skies above to warrant an investigation into the observations. The investigative team will follow the fresh “tracks” and find out where the evidence will take them.

6. Interest in the investigations spans across both geographic and age groups

The Paranormal Research Society (PRS) is a college sponsored club from Pennsylvania State University which has a number of members who demonstrate a continued interest in the unexplained phenomenon of the West. The announcement of the “Alien Highway” show sparked interest from one of the club’s lead investigators who traveled across the country to do research for the show.

7. The underlying purpose of the show is more educational than entertainment

Many viewers of the Travel Channel hope to gain more information about the world around them, and “Alien Highway” is no different. Many people remain skeptical or simply do not know the realities of the many reported sightings of UFOs that occur in their area. The lead investigator who traveled to research the show also took the time to educate and inform people of the reality of paranormal and alien activities.

8. There is a treasure hunt aspect to the series

Everyone likes a treasure hunt. In the world of “Alien Highway” there are times when a map or other artifact is said to lead to evidence of UFO landings or other paranormal activity. Should the end of the road actually lead to evidence regarding the existence of UFOs or makes a connection to follow later on in the series, is something to watch for.

9. A cartographical feature is prominent in the show.

Lead Investigator Chuck Zukowski theorizes that the existing evidence points to continuous and historical evidence of paranormal and UFO activity along the 37th parallel. This latitudinal line stretches across a number of states, including Utah and Nevada. Many of the show’s investigations will follow this path.

10. “Alien Highway” has remote political connections to its inception

Some may think this is a natural occurrence. As it turns out, the owner of the earlier mentioned Skinwalker Ranch happens to be one Robert Bigelow. Bigelow just happens to be the person who was awarded funding for another paranormal research effort by none other than former Senator Harry Reid. Reid, in another coincidence, just happens to be from the state of Nevada.

There are a number of reasons to tune into the Travel Channel’s “Alien Highway, even if you think these people are kooky. The first is you may change your mind, at least a little, about all the ongoings and rumors about the decades long phenomenon of UFOs. Second is that you can see how some of your taxpayer money has been spent to support investigations that have largely been ignored by the media. Finally, you will at least be able to take a visual stroll through some of the more deserted and isolated parts of the western United States.