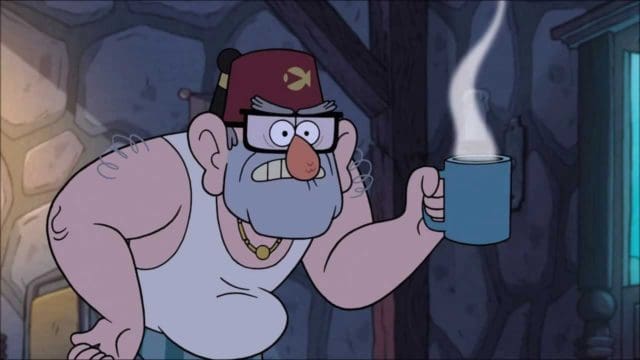 Grunkle Stan and Rick singing I Got You Babe is probably the worst case of karaoke ever produced, which is why people find it funny no doubt. To be honest it sounds like they’re gargling rocks the entire time. I’m kind of wondering why this got made but it is funny in a sort of sad, depressing kind of way. When you take into account the characters that are being used for this I think you can say that Sonny and Cher might have been appalled to hear one of their songs butchered in such a fashion.

Of course that would have just made it funnier.

Spoofing is perhaps one of the most hilarious pastimes that has sprung up in the last decade or two and using it to such great effect has allowed people to keep raising the bar. This might not be what you think of as traditional spoofing since the voices of Grunkle Stan and Rick are really just trying to get into the song, with obviously disturbing commentary thrown in, but it rests pretty comfortably on the fringe I would say.

The other folks in the room are doing what they can not to bust up laughing and perhaps ruin the effect while strangely, there is a screen in the upper left corner showing a man twerking or having a muscle spasm, it’s hard to say which, while the song is going on. If you’re not into either character and don’t know what to think of the dancing/convulsing individual then you might sit staring at the screen with a blank look on your face like I did for all of ten seconds. I seriously had to wonder just what this clip was all about until I realized that clips don’t really have to be ABOUT anything any more.

There’s no sense to some clips and thus there’s no sense to a good chunk of the internet. It’s not a good a thing and it’s not a bad thing, it’s just a no sense thing that you either embrace and go with or stay away from because your mind can hope to process the lack of sensibility that’s going on. That is what I think makes characters like Grunkle Stand and Rick so popular, because they strip away the need to make sense and fill what’s left with chaos and disorder that’s somehow fun and engaging for the viewer.

No, no because that would make sense, and we can’t have that when we’re talking about stuff like this. If this seems like a rant then it very well might be because having to see Rick show up again and again and wonder why he’s still popular, along with that little bugger Morty, is kind of like walking on the senseless side of the internet. We all know it’s there and we know its churning away like a maddening maelstrom just waiting to suck in the unwary, but we try to ignore it for some reason.

Well, some of us do.