Home
Entertainment
Why Does Alec Baldwin Get Treated So Well When It’s Obvious He Does Some Awfully Nasty Things? 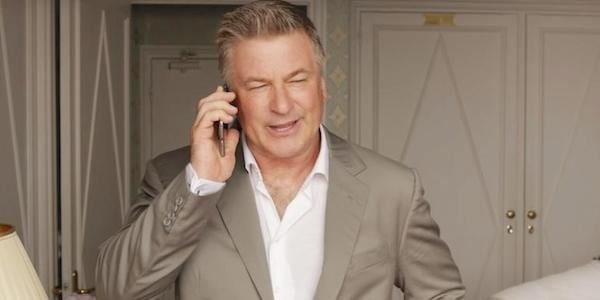 I’ve heard of women loving bad boys before but eventually they grow up right? So why is Alec Baldwin, a notorious hothead and jerk to a lot of people that ‘rub him the wrong way’ still so popular? He’s a great actor, sure, he’s funny, yeah, and he’s so suave and debonair when things are going his way, okay. But what about when things AREN’T going his way? He’s been known to curse at people on the street and throw the casual expletive around like it’s no big deal and even put his own daughter on blast for being a pig. How is that a loving father or even a decent person?

Maybe it’s because he regrets doing these things and has been in counseling for them. That might explain a couple of instances but nothing like the slew of issues he’s had over the years that have painted him as an all out hothead and miserable person to be around. Baldwin is of course a member of the notorious Baldwin family, and I say notorious because they don’t often have a whole lot of good things said about them in the media. Whether they’re unfairly criticized or not the truth is that Alec really seems like the ultimate jerk when he wants to be, and people still love him.

You might ask ‘who else will we watch on SNL?’ or claim that he’s funny when he’s not being mean, but how in the world does that excuse him from being so nasty to people off screen? Thus far in his long career he’s been seen as a decent person onscreen, a great actor, but in real life kind of a slime. His brothers at least have stayed away from the majority of media attention and have seemingly allowed him to soak up the supposed glory all on his own for years. It’s either that or he took without looking back to see if they minded. Out of all the Baldwin brothers though Alec has always been the most talented and, so far as we know, the biggest jerk among them.

But again, why would people still want to listen to what he has to say or watch anything he does? Because a lot of people don’t want to own up to the fact that the actors they like are in real life rather nasty folks. A lot of folks didn’t want to know what Harvey Weinstein was up to even if they suspected. A lot of people didn’t want to admit that Mel Gibson had said anything remotely anti-Semitic. Heck, a lot of people are trying to stand up for Ben Affleck now that he’s been included in the Weinstein controversy in some way. No one wants to point the finger of blame at their favorite celebrities, and unfortunately this means Alec Baldwin as well.

So long as he’s a hot commodity on SNL and in movies he’s going to keep getting away with being a jerk and doing what others will call nasty stuff to people he feels deserves it. It’s not right, but it’s the truth.