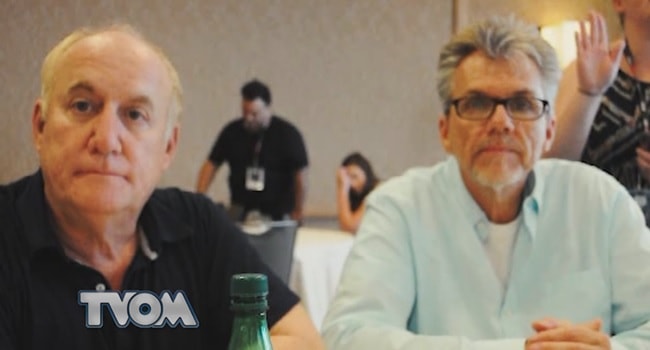 Last week at San Diego Comic-Con, TV Overmind participated in the Agents of SHIELD Press Room with several outlets to chat with the cast and crew behind the show to get some insight into what is coming in Season 4. Jeph Loeb (Marvel TV President and executive producer) and Jeff Bell (executive producer and show-runner), were two of the great talents we spoke with as they teased the fourth season and its darker layer this year.

-The show’s evolution and shift of tone as it has gotten darker with each timeslot move, especially with the upcoming fourth season as it will be airing at 10 PM.

-What the theme of Season 4 is going to be, with so many characters having gone through major changes in the past few seasons.

-Whether or not the show has a list of characters they can and can’t use, as well as what made them decide to bring in Ghost Rider into the Marvel Cinematic Universe through the show.

-What it was about Gabriel Luna that they loved so much that lead to the decision of casting him as Robbie Reyes/Ghost Rider.

Agents of SHIELD Season 4 begins on Tuesday, September 20 at their new time, 10/9c on ABC. What are you most excited about the 4th season of Agents of SHIELD? Are you looking forward to see the arrival of Ghost Rider? Let us know in the comments below.

Make sure to check out our other Agents of SHIELD round tables from San Diego Comic-Con as well: Clark Gregg and Henry Simmons (Phil Coulson and Alphonso “Mack” Mackenzie) — Ming-Na Wen and Iain De Caestecker (Melinda May and Leo Fitz) — Elizabeth Henstrdige and Chloe Bennet (Jemma Simmons and Daisy Johnson).