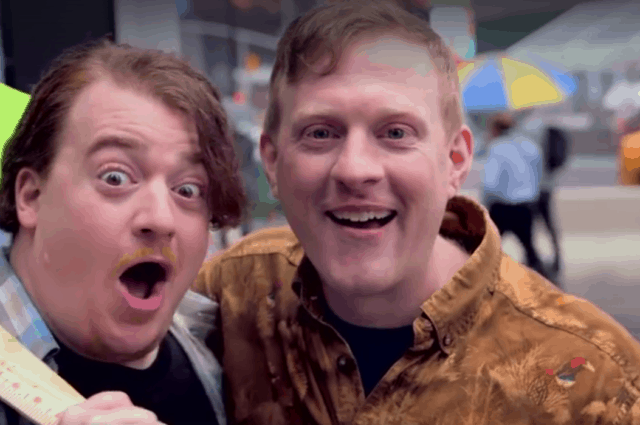 Does anyone remember this show? In 1991 Pete and Pete was apparently a popular show, but 22 years later it seems that they might be trying to regain just a small amount of whatever glory they had back then. If you’re trying to understand it like I am then you might be just as hopelessly lost. Don’t worry, it’s okay, I had to actually go back and really look at the archives for this one. For those who did watch the show and know just what it’s all about then you could probably leave some input at the end of the article and clue the rest of us in.

Pete and Pete was a show driven largely by the dynamic between the two brothers that are given the same name. It was something that was almost another child-driven show that used to be so popular, but it had its own share of peculiarities as well. One of those peculiarities was Arty, a recurring character that was in some ways a figment of the cast’s imagination. He was for the most part the aspect of the show that was so over the top that it might have been interesting at any other time.

One reason The Adventures of Pete and Pete might have gotten lost in the mix was that it’s network, Nickelodeon, stopped being quite as popular sometime before the 90’s and started giving way to other networks such as Disney and The Cartoon Network, the latter of which debuted in 1992, right before Pete and Pete got their own series. The deluge of cartoons and kid shows could have had something to do with the rapid decline of Pete and Pete’s popularity and could be why they slowly slipped into TV oblivion not long after their series ended in 1996.

If your first initial reaction to the title was ‘who?’ then don’t be ashamed. Three years is usually enough for any sitcom to at least be fondly remembered, but it would seem that Pete and Pete didn’t gain as big of a fan base as they might have thought. Otherwise they might not have been able to be forgotten so easily.

To be fair both of the guys did manage to gain some film notoriety since little Pete, Danny Tamberelli, was featured in The Mighty Ducks as Tommy and Big Pete, Michael Maronna, got to play Jeff McCallister in Home Alone. So they did get to do something they should be remembered for, even if it wasn’t one of their biggest accomplishments.

With the oncoming of the Cartoon Network though it obviously had to be a little hard to really compete with cartoons that had no redeeming qualities other than being new, flashy, and able to capture the attention of kids without much effort. Next to that a sitcom would have to be something unique and special to really have a chance with a young audience. Unfortunately The Adventures of Pete & Pete didn’t really put up much of a fight, and the show was gone by 1996.

Kudos though if you still remember it.