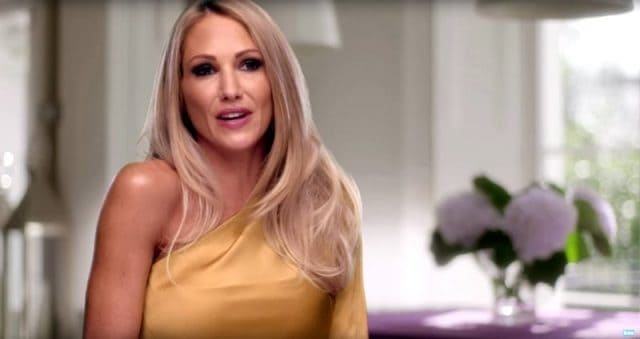 Adela King was left speechless when a taxi driver dropped her off at a hotel and assumed that she was involved in the world’s oldest profession.  In footage from this week’s episode of Bravo’s Ladies of London the model and fashion designer shared about her incident.  Adela was taking a cab to join Caroline Stanbury and Sophie Stanbury for a slumber party at the luxury 5-star Westbury Hotel in the city’s posh Mayfair area.

When Adela arrives she says exactly what her taxi driver thought she was doing when he dropped her off at the hotel.   “The taxi driver thought I was a hooker! Literally.” Caroline doesn’t have much sympathy, as she adds: “Well, look at you!”  Yikes.

Adela then reveals in an interview with producers: “I’ve never been mistaken for a hooker before, but I have been mistaken for a Hooters girl. The taxi driver in Las Vegas dropped me off at the Hooters Hotel and asked me if I was about to start my shift. Which I took as a complement, as I was 35 at the time.”

If you haven’t had a chance to see Ladies of London it’s definitely a comedic relief from whatever dramas are occupying your time.  It’s not a whole lot different from Real Housewives but personally I just think there’s something about those accents that makes the show more amusing and funny.  Plus the background music is kind of a joke.

Check out some bloopers of the show below.  The clip with Adela telling her taxi tale is in clip #4.