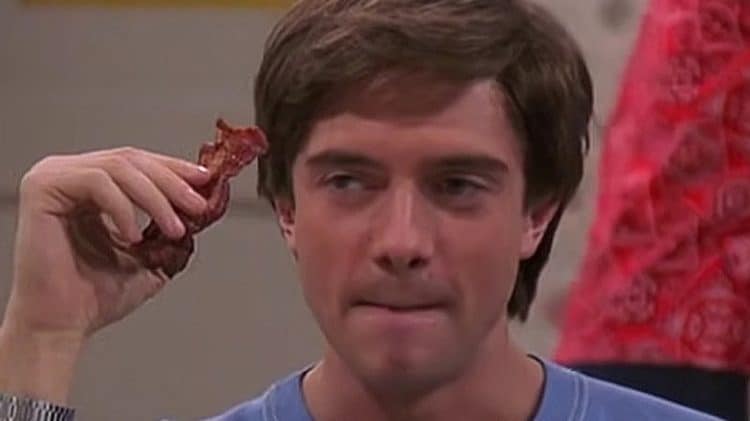 Is it me, or do the fans start getting darker and darker with these theories when they start noticing plot holes and other inaccuracies that they don’t happen to like or understand in a sitcom? It’s not me, I know that much, but this theory concerning That 70s Show is something that can’t help but be pretty dark since it tackles the plot holes that came later in the show by explaining that the tornado that Eric was thought to have escaped on his way to pick up Donna for the prom actually caught up with him and tossed his car about so badly that he ended up in a coma. The rest of the show ends up being Eric’s unconscious recollections of events as they play out in his mind, which for a lot of people would fix any and all discrepancies that a lot of fans didn’t care for. If there’s one thing to say about the fans when it comes to getting what they want, many of them will find ways to shift their own personal reality to fit the narrative that they want to focus on. In this particular case, Eric’s coma is the reason why there are so many moments that fans feel the continuity of the show started to fail, as various parts of many episodes started to drift apart in a manner that didn’t appear to make any sense. But there were other bits of evidence that made this feasible since Donna’s parents were aware of a teen that was in critical condition after the tornado had come through, and Eric’s mother recording things for him while he was off teaching in Africa was another bit of justification that was used. In other words, the fans were grabbing at every straw they could fin that would prove the theory that he was in a coma and close to dying, and finally died when he came back to see everyone and then said goodbye.

The reason for the show ending was that Topher Grace was on his way out to do bigger and better things, and there was no one else that could be found to replace him that would have done any good. It’s hard to imagine that Eric was the linchpin of this group at first, but over the course of the show the story did develop around him and the coma theory does fit in some way. But the overall need for people to have things their way so that it all makes sense is amusing really. It’s not troubling enough to state that people should just give it up and accept what’s there, since coming up with theories is obviously kind of fun and does allow folks to stretch their imaginations. Sometimes they get a bit dark, that much is obvious, but at the same time, it’s kind of interesting to see what people come with in order to explain away something that they might not be able to let go of. Continuity does mean a lot to some folk after all and it’s not something that superfans are going to forget about that easily. Some might say it’s a bit sad to geek out like this over fiction, but no matter what people say, or even what I might say, the fact of the matter is that it’s fun, it’s engaging, and it can lead to several interesting debates sometimes since plenty of people are interested enough to pick up the conversation and run with it. Plus, one theory might lead to another, then another, and then even more as time rolls on. The only time that theories become a problem is when people take things way too seriously and forget that we’re theorizing over fictional events.

It’s all well and good to say what you want when it concerns fiction since despite a person’s level investment in a show or movie the fact is that there’s nothing riding on it other than how a person feels about the story. Stories are supposed to make us feel one way or another, but learning to divorce those feelings from real life is important since if a person allows themselves to be swayed by a sitcom then their lives become a little more awkward. It’s fair to say that a lot of people weren’t that busted up when That 70s Show was over and done with, even if some folks were a little down, but it was definitely one of the easiest shows to let go for a few reasons. The quality of the show was one of them, but the fact that at some point the kids would have to grow up and move on was another. Overall, this show was a lot of fun while it lasted, but near the end, it was just time to move on.