The Time’s Up and #MeToo movements scored a major win this week. Bill Cosby and Roman Polanski were voted out the Academy of Motion Pictures Arts and Sciences.  If you want proof that the times are definitely changing, this act by the Academy is a huge sign. At the same time, it shows just how far we have to go.

Bill Cosby and Roman Polanski have both been convicted of sexual crimes.  Cosby’s is the most recent conviction, one that has been in the headlines for days. While he’s had over 60 accusers, some that go back to the 1960’s, he was convicted on three counts of “felony aggravated indecent assault” on one woman in 2004. One of those counts is for giving the woman a drug so that she could neither consent nor fight back. He’s facing up to 30 years.

Polanski’s recocking with the court infamously happened back in 1977.  The charges were: “rape by use of drugs, perversion, sodomy, lewd and lascivious act upon a child under 14, and furnishing a controlled substance to a minor.”  Specifically, these acts involved a 13-year-old girl. Polanski was allowed to plead guilty to “unlawful sexual intercourse” to avoid a trial and was sent to prison for a 90-day psychiatric study. When he was released after only 42 days the judge in the case demanded Polanski be returned to jail for the remaining 48 days.

Instead, Polanski took off to London. He’s been exiled from the U.S. ever since.  There have also been four other accusers that have alleged Polanski sexually assaulted them as girls in the 70’s. The youngest girl he’s accused of attacking was 10-years-old at the time. (Vox)

The stark difference in the sentencing is telling.  Can you imagine any grown man today only getting 90 days in jail for drugging and raping a 13-year-old girl? Back then though it was the 13-year-old victim that was put on trial. In an LA Times article, she describes what it was like back then

Judge Rittenband asked if my mother and I were a mother-daughter hooker team in court. . . .When this happened, my mother and I were lying gold diggers who were attacking poor unfortunate Roman. It was a much different story. I was [called] a drug-doing Lolita that had cornered him into this. And I was lying.

Granted, these kinds of tactics are still attempted today. Both Cosby and his defense team certainly tried to paint his accusers as a  “gold-diggers.” The difference is that those ideas don’t hold up well anymore. Settlements to women to keep quiet about rape are seen more as proof of wealthy men abusing power.  That’s been shown in cases from Bill O’Reilly to Bill Cosby.

I suspect the vast majority of people are happy that Bill Cosby and Roman Polanski have been expelled from the Academy.  However, I also think that the bigger news is about Polanski. That’s because Polanski has been known as a child rapist since 1977.  It’s been long overdue that this guy got kicked out!

Polanski had a prestigious career in film before 1977.  His 1974 film Chinatown received 11 Academy Award nominations and won 4 Golden Globes – including for best director. After his 1977 flight to Europe, he was only physically shut out of Hollywood.

Polanski was allowed to keep his academy membership and continued making movies, albeit in Europe.  In fact, he won an Oscar for directing The Pianist in 2003.  Back in 2009, Polanski was supposed to receive a lifetime achievement award in Switzerland but was arrested and held on the U.S. warrant. For nine months he was under house arrest while they decided whether or not to extradite him to the U.S.  Many of Hollywood’s A-listers signed a petition asking for his release. (Unsurprisingly, Harvey Weinstein was one of the signatures and a staunch supporter of Polanski.)

What a difference nine years make.  At the time of the Swiss incident, Hollywood’s petition created a backlash led by feminists and led to a ton of highbrow and lowbrow debate in news outlets. Some of that may have set the stage for what happened to Cosby.

Cosby was a member of the Academy and has been in some movies.  He has never won an Academy Award though. His trophies have come from television,  advertising, and of course, his comedy. He became famous for his clean  & family-friendly comedy stand up routines, getting millions to buy a certain brand of refrigerated dessert, and for the groundbreaking 1980’s sitcom The Cosby Show.

There have been very quiet rumors about Cosby over the years.  Then, in 2005, there was a lawsuit from a former Temple University employee.  It accused him of drugging her and then taking sexual liberties her.  While the criminal case was thrown out, Cosby settled the civil suit for over 3 million dollars.

That case would ultimately become the one that brought him to justice, but not until  October 2014. Prior to that, life for him was pretty much the same.   For instance, in 2009 he received the Mark Twain Prize for American Humor.

Change for Cosby started when he got called out for hypocrisy by comedian Hannibal Buress.  Then, several women, including According to the L.A.Times, the reaction was swift.

Within weeks, both Netflix and NBC had scrapped projects with Cosby, stand-up performances were canceled around the country, and TV Land pulled “The Cosby Show” from its lineup.

All of the above was way before his actual conviction.  Now, even the African-American targeted Bounce network has stopped airing the reruns of The Cosby Show.

Because of Bill Cosby, the Wheels of Hollywood Justice Have Sped Up

The Cosby scandal was the fallen domino that set this era of accountability in motion. It gave women the courage to speak up in unprecedented ways.  The accusations that poured in against Roger Ailes, Bill O’Reilly, Donald Trump, Harvey Weinstein, Matt Lauer, Charlie Rose, and others, occurred after the initial flood of accusers came forward against Cosby in 2014.   Some initially tried to paint the willingness to believe the women accusing Cosby as being because of his race. Maybe it did, but it quickly because clear the issue had nothing to do with race.  As women saw that you could speak up about the abuse suffered under powerful men – and be believed – the floodgates opened. Power and status is the common denominator, not color.

The Bill Cosby and Roman Polanski Expulsion From the Academy: Why Now?

In terms of the Academy’s actions though, one has to wonder about the timing of things. That’s because last year the Academy banned Harvey Weinstein. They did so in under two weeks of the accounts of sexual abuse and assault by him came to light.  This was their statement about why they kicked him out.

We do so not simply to separate ourselves from someone who does not merit the respect of his colleagues but also to send a message that the era of willful ignorance and shameful complicity in sexually predatory behavior and workplace harassment in our industry is over. What’s at issue here is a deeply troubling problem that has no place in our society. The Board continues to work to establish ethical standards of conduct that all Academy members will be expected to exemplify.

Here’s the thing. Despite all the public thanks he received at award shows, most accounts suggest Weinstein wasn’t exactly beloved in Hollywood. In the face of the very public accusations against him, ousting him was an easy call. It’s one rightly deserved, but the proverbial elephant in the room that undercut their statement was the question of Roman Polanski.

For the Academy, Polanski is a Bigger Deal that Cosby

It was a little hard to believe that, “the era of willful ignorance and shameful complicity in sexually predatory behavior and workplace harassment in our industry is over” when the academy was still fine with Polanski.  He had actually admitted his guilt of ‘unlawful sexual intercourse” with a 13-year-old girl. If the Academy was so set on sending the above message, they should have ousted Polanski then.

Shouldn’t they have done the same then to Cosby?  Sure, if they’d realized he was actually a member.  As mentioned earlier, doing movies wasn’t his main gig. He’s never had the same connection to the film world as Weinstein or Polanski. Frankly, until the Academy announced they were kicking Bill Cosby out, how many people were aware that was in?  It’s not like he was a regular red-carpet attendee at the Oscars.

After Cosby’s conviction though everyone in the public eye is checking their records to make sure they sever ties to him. Ironically, Cosby was not a member of the Academy of Television Arts & Sciences (aka the Television Academy). However, he was in their Hall of Fame. They’ve removed him, just as American Advertising Federation have taken him out of theirs. Although Cosby has an earned doctorate, since April 26th, 11 universities have rescinded honorary ones they’d given him. (In total there are forty-two that have done so.)

The bottom line is that in today’s world no one wants to be associated with a convicted rapist.  So, if Cosby wasn’t high on the Film Academy’s radar before, you can bet after April 26th they checked their membership files to see if Cosby was there. (You’d be surprised at who is and isn’t. For instance, Woody Allen is not a member.)

Once it was clear Cosby was an Academy member, the body naturally moved to remove him. However, realizing Cosby was a Film Academy member presented a problem. There’s no way they could expel Bill Cosby and not Roman Polanski.  Polanski is an admitted statutory rapist, one who used the same tactic of drugging the victim first. Whatever popularity Polanski may have enjoyed because of his talent, he had to go.

The Wrap Up: It’s a Good Step Forward on a Very Long Road

It’s great news that Bill Cosby and Roman Polanski have been kicked out of the Film Academy. There’s a poetic synergy to it. The energy fueling the Me Too & Time’s Up movements in Hollywood have been percolating ever since the chance to get Polanski back in the US to face sentencing came up in 2009.

Bill Cosby’s downfall in 2014 sent that energy exploding into Tinseltown – and into the world. The changes it is making in our culture is a good thing, but we’re far from being free of these kinds of issues.  This is why, as positive a move it is for Bill Cosby and Roman Polanski to be banished from Academy, it feels a little hollow.

It’s hard not to feel that the main reason Polanski has gotten booted from the Academy is that they couldn’t remove one convicted rapist without removing the one that’s been known about since 1977. Still, it’s better late than never. Change takes what it takes. 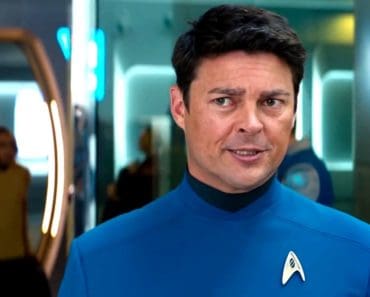 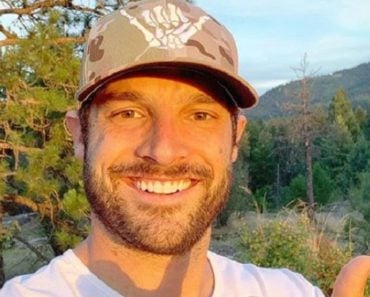 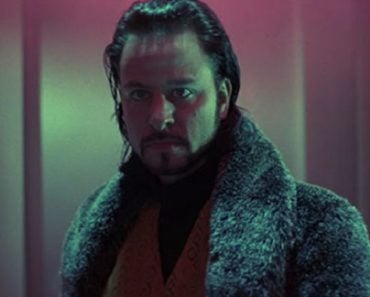 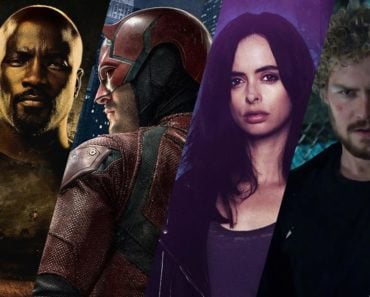 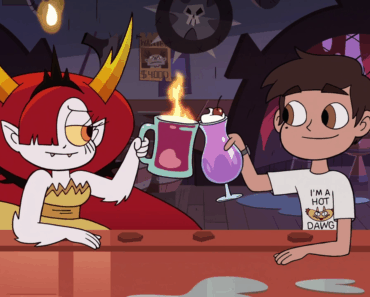