Home
Movies
A Scream/Fast and Furious Crossover? Please Be Kidding 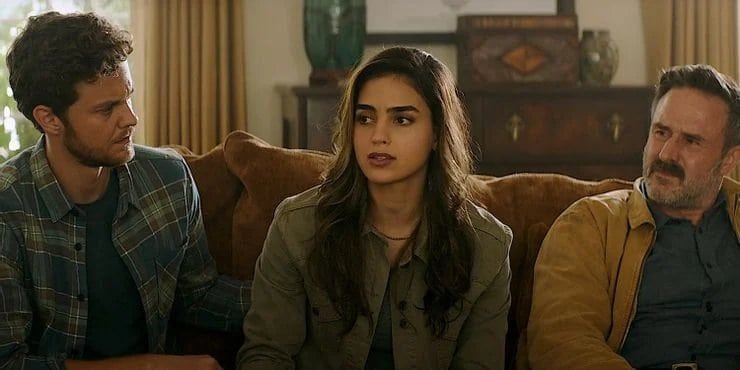 Well, given that there’s already been a mention of crossing the Fast and Furious franchise with Jurassic Park and then with Transformers, it makes sense that someone would mention this type of an idea, but it still doesn’t make it any better. The best thing about this is that it does appear to be a joke and not anything too serious, but as people should be thinking at this moment there have been movies and TV shows that have stemmed from idle chitchat about one subject or another. And since the FF franchise is still one of the most popular around it’s only fair to think that someone would at least try to get the wheels moving on this idea to see if it would work. Another thing that could be said about this is that the FF crew has been able to get people pumped for some of the most insane visuals in what boils down to a bunch of street racers with various talents taking on world-class terrorists and somehow becoming superhuman without mentioning that they’re superhuman.

But seeing how that might align with Scream is kind of tough since, well, the two stories have nothing in common. By aligning FF with Jurassic Park or Transformers there would be far more to connect the franchise even though it sounds like something one would see in a comic or on a Saturday morning cartoon back in the 80s or 90s. Scream is a horror franchise, whereas FF is an action and adventure franchise. There’s nothing to say that horror can’t be added into action and adventure, but this kind of a move would feel like a serious downgrade that might create even more of a soap opera feel than either franchise has managed to create to date, and that’s saying something.

The idea that anyone might have thought this was serious isn’t so far out of bounds since like it or not, people are willing to accept some of the most ludicrous ideas that could ever be imagined, as many movies would prove. What’s ridiculous to some folks might be sensible and interesting to others after all, but this idea feels like something that’s best kept as a joke that was blurted out when someone asked for an opinion of what should be made next. If this ever did see the light of day it feels as though the FF franchise would have become one of the largest jokes in Hollywood since merging with another franchise isn’t the bad part, it’s merging with a franchise that has few if any solid links to the story in the first place. Scream can exist in the same universe, there’s no debate there since the differences between them would be a big help, but they’re still so far removed that trying to merge them into one idea is like trying to sell someone that loves peanut butter and jelly sandwiches on the taste of a peanut butter and mayonnaise sandwich, it’s not bound to work that well. That was kind of a weird analogy, wasn’t it? That should tell people why FF and Scream aren’t meant for a crossover, even though it could be forced if people wanted it.

As of now it doesn’t sound like this is moving forward, but crossing your fingers and hoping for the best might not stop someone from writing up a script for it to see if they can push the idea and get someone to sign off on it. Even thinking about mashing the two franchises together is enough to make some folks cringe since thinking that someone that’s motivated to kill in the manner that Ghostface does could keep up with Dom and his crew is a bit unorthodox. Of course, that’s kind of what the FF franchise is all about sometimes, so hey, if someone goes for it, so be it. But the point of this is that if it does get made then it kind of continues to prove that Hollywood isn’t really into creativity and innovation, but using what they have in some of the most mind-boggling ways. Of course, that could be a good thing if what’s being churned out is something that’s fairly unique.  In the overall opinion of some fans, both franchises either need to end or take a hard left and start unloading some truly new ideas that would be feasible. But as it’s been noted more than once in the past few decades, a lot of people want to turn off their brain and just enjoy a movie that doesn’t make them think too hard, and then complain that it wasn’t challenging enough. One thing is clear if this movie ever did get made it would be bound to attract a certain type of fan that doesn’t care about logic as it’s applied to the movies.