Home
Movies
A Bride of Frankenstein Movie is Being Developed 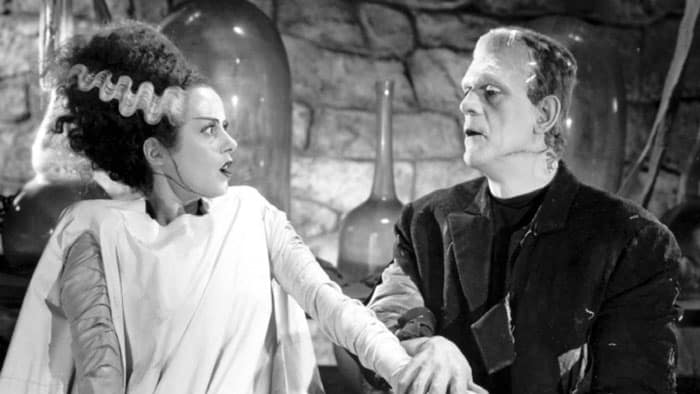 If you’re surprised that Bride of Frankenstein is going to be about female empowerment in some way don’t be, it’s become a trend throughout the last few years that many movies have tried to pick up on. Unfortunately many of them have either failed miserably or allowed the idea to overtake the story they’re trying to push, creating a true monster that has done more to turn off a host of fans that want to see a well-imagined story rather than another tale speaking to how women are superior or are somehow being oppressed by men yet again. In the case of this particular movie one can easily see how the titular character would be seen as an unfortunate victim of her creator as well as the creature that she was made to appease since she didn’t ask to be brought to life and she certainly didn’t expect to be ‘given’ over to a creature that was seeking companionship in some fundamental way. There are a few things that could kill this movie before it ever really gets going and while getting the right cast and telling the best story possible are two of them, letting the third wave feminist approach run rampant over the narrative would be another. Sandy Schaeffer of Screenrant has more to say on the matter.

If anyone is thinking of being true to the story they might realize that the monster was in fact seeking companionship, but wasn’t seeking to dominate the bride, who rejected him on sight. Instead of turning on his creator as he had every right to do however the creature instead turned on Pretorius, the man that coerced the monster’s creator into making the bride, and the creature that had spurned him. It was perhaps the last selfless act that the creature performed in his misbegotten life and it was kind of inspiring really. The reason for this isn’t so much that it was a deserved death, but instead because it was a return to the natural order of things. Another idea however could be to change the narrative and possibly turn the bride into a creature that’s neither good nor evil in the beginning, but is more of a blank slate with a fierce desire to learn and to expand her knowledge. Taking advantage of this she could possibly use the original monster as a tool, her engine of destruction since it’s likely that the bride wouldn’t be quite as strong, but might be able to reason a little better and use her wits where the monster used more raw instinct than anything else.

It’s a thought at least but at this point bringing the movie into the next stage is going to be kind of difficult since it sounds as though the top pick for the part of the bride, Angelina Jolie, has already attempted to distance herself from the project, as have a couple of others that have prior commitments. Matt Donnelly of Variety has more to offer on this subject. Sam Raimi was considered as the director, but since he’s busy John Krasinski’s name came up as he’ll be done filming A Quiet Place 2 just in time to hop onto a new project. But the real downside of this is that bringing back anything that could belong to the ill-fated Dark Universe that was being attempted, with Tom Cruise’s movie The Mummy being the first of many to come, is that a lot of people are likely to take a step back since the model that’s being taken from the MCU hasn’t been working all that well as of yet, and is likely to be even more problematic when it comes to monster movies. Let’s face it, building up to an all-out war involving the monsters would be a very hard sell since bringing them together for a combined movie might eventually be great, but finding a common purpose that would enable them to do so could mean that more than one writer will be needed.

People love monster movies, particularly the classics, as The Invisible Man is coming out eventually and various vampire and werewolf movies have been attempted throughout the years. But where they all tend to fail happens when they attempt to branch off and either add to or cherry-pick the legends that made them famous in the first place. Vampires that can walk in the sun, werewolves that are able to lay waste to vampires, and various other quirks that have come along throughout the years make it hard for anyone to really take a Dark Universe seriously since the narrative continues to change at a lightning-fast pace that the fans can’t always keep up with.

Does this movie have a chance? Of course it does, if the writers assigned to it are willing to stick to the source but find a way to innovate that doesn’t destroy the overall story. Will that happen? That’s the most important question right now, especially since no one can answer it just yet.