Home
Entertainment
News
A Baby Shark Movie Is Happening: What Can We Possibly Expect? 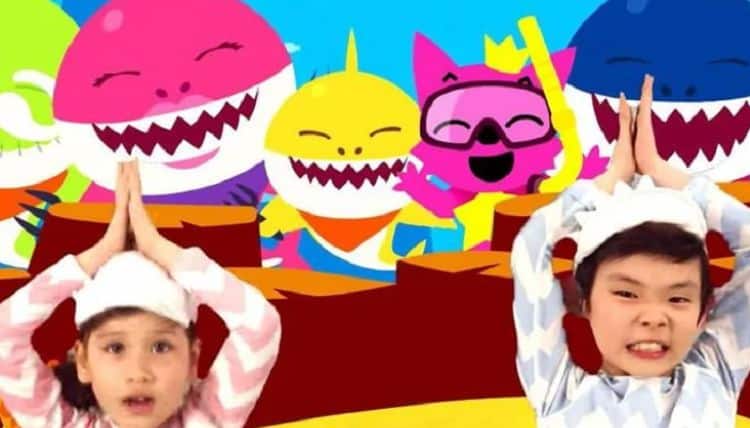 There’s this great line from Calvin and Hobbes that comes after Calvin announces to his father that there’s another obnoxious rhyming story that he’d like to have, to which the father replies that architects should be forced to live in the buildings they create, while children’s story authors should have to read their horrible, rhyming catastrophes aloud each night of their lives. If anyone remembers Calvin and Hobbes and the favored story of Hamster Huey and the Gooey Kablooie then they’ll know the feeling of someone being completely stuck on a story. If anyone reading this has kids, then they might already know what I’m getting at when it comes to Baby Shark. And now for the truly disturbing news, Hamster Huey, I mean Baby Shark is getting a movie. Did you hear Vincent Price’s customary evil laugh in the background? I sure did.  Quite a few parents know about Baby Shark and have either plugged their ears every time it comes on, or have been muttering the song over and over as their eyes reveal that they’ve ‘gone away’ for the time being, and all that’s left is a blank slate for anything and everything to reflect from.

Yes, I’m exaggerating of course, but if the creators of Baby Shark have kids one has to wonder what they were thinking. It’s not the worst idea for a show ever, let’s get that much straight, but the fact that the song can get stuck in one’s head so easily is kind of disturbing. Those parents that actually love this show and encourage their kids to watch it must have a huge amount of patience or are simply immune to the effects of the song since the moment a single verse busts out, a lot of us are jamming our fingers in our ears or exiting the room as quickly as possible. Some parents have even refused to let this play in their house since they can’t stand the theme song. Hey, some folks have banned Spongebob for roughly the same reason, so don’t get bent out of shape.

The success of this show has been amazing in a way since the competition for kids’ shows has been something that has expanded again and again for years now, and the market has been so saturated for so long that it takes something extraordinary, or something exceedingly simple, to capture the attention of a child and become a favorite show. Anyone with kids knows very well that they could expose their children to hundreds of different programs that have kids in mind, and their child will likely pick the program that appeals to them the most, even if it’s one that the parent never thought in a million years would be getting picked. Something about Baby Shark appealed to many kids and their parents, however, and it’s been one of the most popular shows for a number of years now, attracting many kids with its simplistic ideas and easy-to-follow songs. Even thinking about a movie though is enough to make a lot of parents cringe while some might actually be excited about it. This tends to depend on how a person feels about this show and the overall idea that it can get in their head and stick there for days to weeks on end.

Without delving into personal biases it is intriguing to see how a simple idea such as this can go so far, especially since very little about this show is challenging once a child gains the basic concepts that are being pushed. But then, that’s what it’s for and what it was intended to do, give kids a fun experience while learning the basics and allowing them to learn in a way that was entertaining as well as informative. Adults do need to remember that we had plenty of shows and cartoons that our parents couldn’t stand but still encouraged since they helped us to learn and to have fun while we were doing it. In fact, this has been the case for many generations during their childhood, since there’s always a bit of silliness that adults can’t always get behind, but come to understand is important for the development of their children.

It wouldn’t be too surprising to see parents taking their kids to see this movie with earbuds or headphones in hand to listen to something else while the movie is going on so that they can maintain their sanity throughout the picture. How one would expect to see a full, feature-length movie of this is a bit mind-boggling, but apparently, it’s going to happen, and plenty of parents that don’t mind the idea are going to be lining up for certain to get their kids in to see this movie. For the rest of us, let’s hope the kids find something else to be entertained by, and soon.