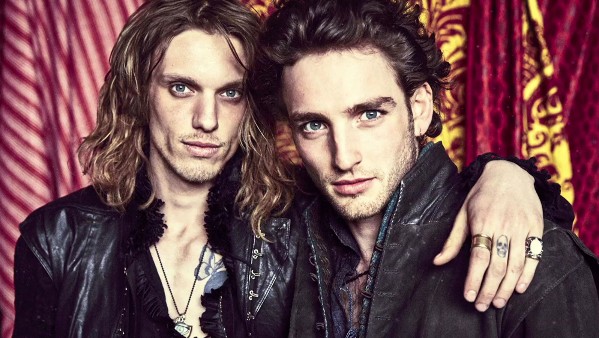 The TNT Network is bringing the new series “Will” on board in their lineup. For those who don’t know what the show will be about, it is a must see for anyone interested in the life of William Shakespeare. Don’t expect the series to feature dry scenes about the humdrum life of peasants in sixteenth century London. Instead, Shakespeare’s life is showcased in a contemporary format that brings his character to life in a way that will make him someone that we can relate to. You won’t want to miss even one episode of “Will” and here are five reasons why.

It is one thing to be forced to read Shakespeare in high school or college, but quite another to get a glimpse of the man responsible for the brilliant writing. In telling the life story of Shakespeare, multiple side stories are incorporated. Having a handsome young face and details of his exciting journey will give viewers a look at what life may have been like in the sixteenth century. Elements of the era have been enhanced through the use of contemporary issues that we can better relate to. Watching the series may make you dust off your old literature books for another go at his famous plays.

Shakespeare lead a colorful life, of this there is no doubt. “Will” promises to deliver a series of climactic events that chronicle young Shakespeare’s journey to greatness. While being educated about the issues of the sixteenth century, we’ll see how the talented young man endures audience riots and how his reckless habits get him into interesting situations. There will be plenty of violence and seduction afoot. From what we can tell, there doesn’t seem to be much about the show that is boring.

Witness the evolution of the entertainment world

If you enjoy good acting and well written plays, “Will” shows you where it began. Shakespeare was one of the most talented playwrights of the age. He set the stage so to speak, for the entertainment that we now enjoy on stages throughout the world. He was a trailblazer who set the bar high and many actors have been inspired by his famous writings. The storyline of the show include his meeting with the naturally talented young actor Burbage. Will partners with him to form the actor-writer partnership that would change the world forever.

The plot includes the stories of Alice Burbage, who is the daugher of James Burbage, the man with the vision of building London’s first theater since the time of Roman occupation. She is strongly attracted to Will and we get to watch her character unfold as a beautiful yet rebellious child of a carpenter. The sister of Will’s acting partner, there are opportunities for multiple stories within the story. We learn about Richard Burbage’s unique relationship with Will and get to watch the overacting, self-loving character find himself on the road to greatness.

2017 is going to be the first year for the series with the summer time pilot kicking off the season on July 10th. So far, there have been ten episodes made. This means that fan’s don’t need to worry about the quality of the show because writers and actors are in a rush to beat the airing deadline. It seems that the show has been well planned out in advance. This gives it a better shot at making the cut and being ordered for a second season.