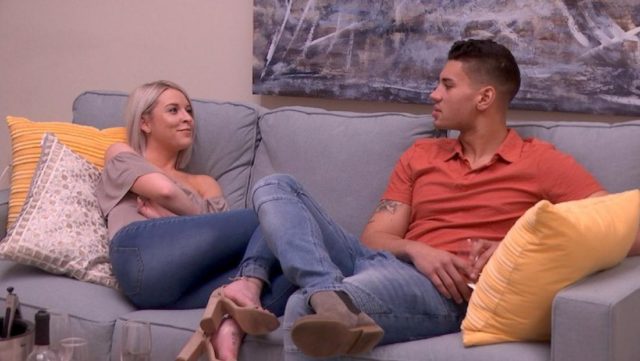 Well, reality television has struck again. If you are thinking about entering into the world of entertainment as a producer or writer, a good place to start is with reality television. There is simply something about being able to see people both crash and burn and triumph appeals to Americans. The idea of watching the real-life drama of an individual unfold right before your eyes has literally taken this nation by storm. The Bravo network just launched a series called A Night With My Ex where couples who have called it quits are brought back together for one last attempt at working things out.

The thing is this isn’t one last day or date, but a night with the ex. There is something about the influence of the night that tends to remove inhibitions. Here are five facts about this new show that should bring you up to speed.

1. One Couple Per Episode

The first season of this show will consist of 10 self-contained episodes in which a single couple will attempt to come together for one night in hopes of reconciling their difference to the point that they can rekindle their relationships. It is not certain how the self-containment will work for those who love continuity from episode to episode, but the fact that the show will focus on the couple for the complete hour of the episode ensures that things will be intense and awkward.

2. The Completely Ignores the Law of Exes

There is an unwritten rule that says your ex is your ex for a reason, and this show and its producers completely ignore this law – and so do the couples. What this means is that there will be plenty of awkward and intense moments through the season simply because there is bound to be frustration and disappointment as old unresolved issues rear their heads in defiance of desire and effort to save what has already died.

3. At Least One Couple Lives to Fight Another Day (Pun Intended)

Here is the only disclaimer in this article. There will be no spoilers. You will have to watch the series to get the real juicy content, but I will tell you that despite the law of exes being real, there is at least one couple who will be able to work through their issues long enough to give their relationship another try. This will likely set up a spinoff to the show in which they follow up on the couples who decided to give it another twirl.

4. People Can Come Up With Some Unique Ways to Spend One Last Night Together

Of course, it does not take a genius to figure that some couples will waste their entire last night together getting that last piece of unforgettable sex. The problem is that sex was never the issue in the relationship in the first place, so it is not likely to fix what is wrong now. Others will go on dates, walks, trips and more. It would seem that most of the time should be spent putting the key issues on the table and hashing through them, but not everybody is that focused.

5. Some People are Going to Need Therapy After This

Can you recall that unearthing feeling you get when you simply bump into an old ex for the first time since the big breakup? Now, imagine the cortisol (stress hormone) that will be coursing through the veins of these people when they initially see one another – no multiply it by 12 hours. This has the potential to real ugly real quick, and some people will leave this experience with an undeniable need for professional help.