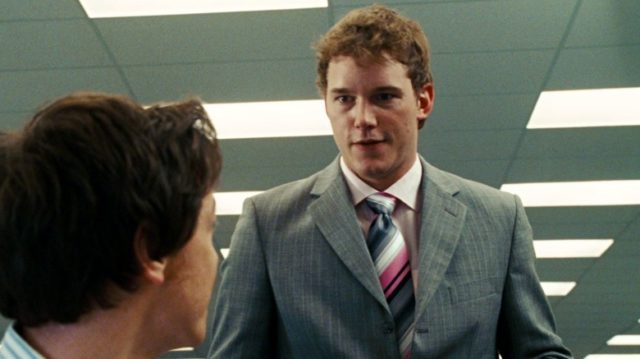 Not everyone remembers but your favorite Marvel heroes weren’t always the awesome, butt-kicking superstars they are now. They had to grow up at some point and along the way they had to earn their right to exist in Hollywood. That usually means taking roles that they might not have intended to take or shooting scenes that might be less entertaining than anything they’re doing now. A lot of them might even want to forget they even had to assume such roles to get where they’re at now.

Lucky for us the internet is just full of these little gems so we can remember.

Yes, there was a time when he wasn’t the buff guy with the bow and arrow that just couldn’t miss. As Dags he was the fast-talking senior that wasn’t all that bright but was still witty enough to bluff his way through a movie and make it look cool while doing it. Plus trying to jump a bus over a pond seems like a teenage thing to do so Dags got a few more points for playing the role to a tee.

Chris Evans – Not Another Teen Movie

Captain America did what? Oh yeah, for those of you that don’t remember he was kind of a witless wonder in this film. While the clip doesn’t show it, he did attempt to pull a Varsity Blues number and recreate the whip cream g-string complete with a banana surprise. Yikes.

Can you imagine Paul Rudd as a blond? Can you imagine Paul Rudd as the token white guy in an Asian film? No, me neither. But it’s there, plain as day, and you can even watch clips or download the movie if you really want. The future Ant-Man is pulling moves that you might not equate with the same guy that was in The 40-Year Old Virgin and This Is 40. Somehow I don’t think we’ll see him busting out those flying kicks and action stunts when we see him on the big screen again.

Tell me this isn’t ironic. A woman that’s destined to play the Black Widow is being bound up by a giant spider. True, it’s a young ScarJo in a towel in a scene that could be called extremely pervy, but it’s also one of the dumbest yet most beloved films to come out in the past two decades that features a future Avenger. I wonder if perhaps this film had any bearing on her becoming the Black Widow later on.

It gets better, and better, and better. Not only do we get an early look at the man that would become Star Lord, but we get to see the guy that would become Professor X literally knock him out with a keyboard while sending an emphatic message at the same time. Now that’s Hollywood awesomeness at its finest. You’ve got to admit though, as brutal as it is Pratt’s character had it coming to him.

This isn’t the entire list of bad and embarrassing roles that Marvel characters have ever done, just the best. You’ve got to wonder if these actors look back on these roles and cringe or just shrug and admit that it was a job.