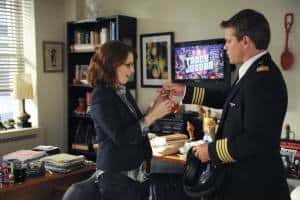 Liz Lemon’s phone is blowing up.

She wakes up, looking a kind of disheveled that only Liz can accomplish, and answers phone calls from Jack and her new boyfriend, Carol (played by Matt Damon).

We join Liz, Pete and Jack discussing budget issues with TGS. Things have gotten so bad, in fact, that memos are printed on the back Pete’s son’s rather macabre art.

Per her contract, Jenna now gets a producer’s credit for TGS and is now helping Pete balance the budget. Pete absolutely loves this new, helpful, bizarro Jenna.

Meanwhile, Tracy, still coping with the loss of Kenneth (who was fired at the end of last season), has Kenneth hallucinations around the studio and even mistakes the new page Brian and Liz as Kenneth.

Liz and Jack discuss their respective relationships. Jack, as he does with every situation ever, sees his relationship with his girlfriend Avery as a competition. In this case, his endgame is painting a wall in his apartment “Elk Tongue.” He also hopes to avoid Avery somehow forcing him to “wear jeans and read fiction.” To accomplish his goal, Jack will use the “Fabian Strategy,” a terrible military strategy that involves constant retreat until the opponent gets lazy and makes mistakes, but works perfectly for personal relationships.

Liz, on the other hand, is reaping the benefits of dating a pilot. Carol gets free stays at Starwind hotels, which Liz prefers to her own apartment because they have free internet and the bathrooms don’t have plates in them.

Jenna’s cooperation, as it turns out, has a direct effect on Pete’s happiness. He’s even able to make love to his wife in the morning … while she’s still asleep.

Tracy’s Kenneth hallucinations continue. As he tries to clear his mind, he bumps into the real Kenneth in front of the Ed Sullivan theater working for CBS.

Carol meets Liz in the writers’ room and the writers begin to interrogate him. They ask normal (by the TGS writers’ standards) airline pilot questions, and then Lutz asks if he’s on Facebook.

Carol crashes at Liz’s place because every Starwind room is booked for “Jackfest.” Classic Jack. Liz confrtonts Jack, say that she’d prefer for her “dude stuff” and “life stuff” seperate.

Carol has an emotional night at Liz’s. He wants to settle down and not womanize like pilots may be known to do. H wants grown up love. As he sobs, Liz comforts him, in a way only Liz can.

Jack finds his relationship strategy working brilliantly. He distracts Avery into telling him what the latest crazy thing her sister has done instead of talking about what to do about redecorating. He even meets with her interior designer friend from college, “Jamesssssss,” to convince him that “Elk Tongue” is the way to go.

Jack lays it on, maybe a little to thick, in an effort to flirt with a very uncomfortable James.

Kenneth, in an effort to convince Tracy that he exists, dives in front of a car. Of course Tracy misses it, and asks that Kenneth do it again.

Jenna’s new producer credit may have made her the most sane and reasonable TGS staffer, gives up that new titles in order to balance the show’s budget. As much as she likes it, she feels that her role is unnecessary, much like the time she had a “threeway with two of the Backstreet Boys.”

Carol surprises Liz at work as she’s answering a “would you rather” question with the answer, “pube shirt.” Despite the strange answer, the two share a sweet moment because they realize that they want the same thing.

They agree to move their relationship forward with each visit and do so by sharing an intimate detail about each other. Liz is on an adoption waiting list, and Carol was touched by a priest.

Jack also realizes that Avery is perfect for him. They go perfectly with each other, like “whiskey and hunting.” 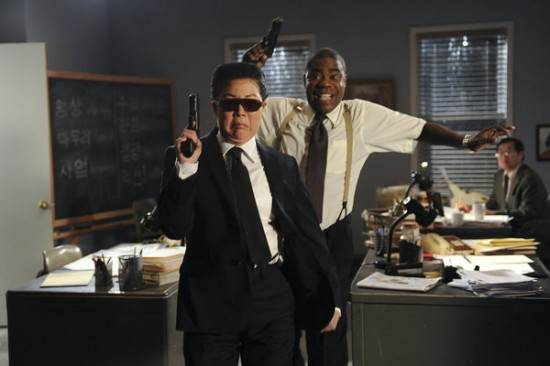 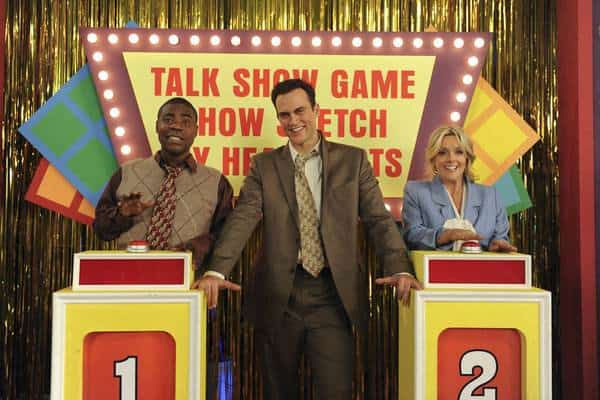 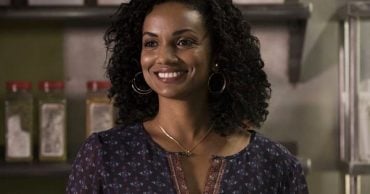 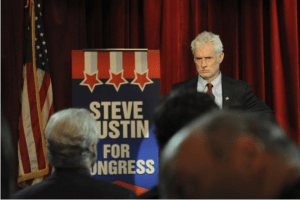 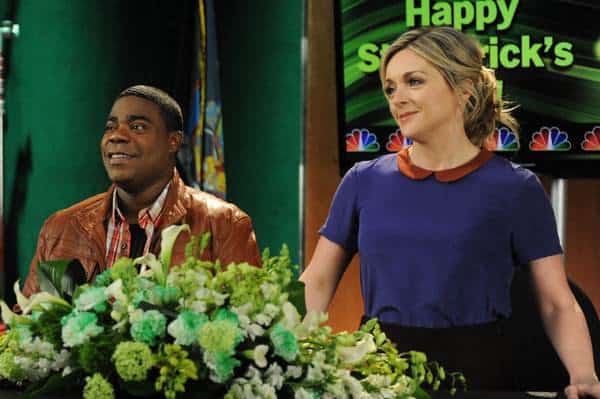 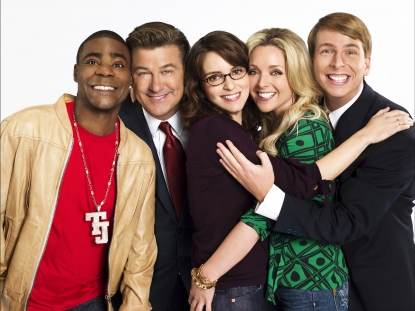