Home
Television
Yellowstone
1883: “This Is Not Your Heaven” Recap 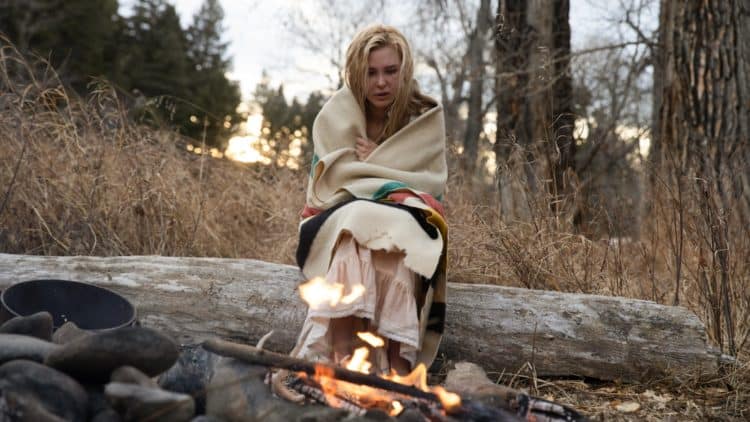 The inevitable doesn’t always have a timeline that it adheres to, since the nature of the word means that it’s going to happen at one point or another, even if it doesn’t happen when folks think it will. It was understood that Elsa might not make it any further than season 1, and if there ever is a season 2, one can imagine that the story of the Dutton family is going to continue to change in a big way. The first episode showed a bleak outlook of things to come since Elsa had already engaged in a fight with the Lakota that believed her people had slaughtered their camp. Her fate was, as many might have thought at the end, sealed in a way that was inescapable. But the direction of the show didn’t do anything to affirm or deny the fate that awaited her as Elsa went on to narrate the story, telling of her ride through the open prairie and what challenges she and her fellow travelers faced. There were a vast number of things that could have, and did, end the lives of many among them, leaving the thought that there would be few if any left by the time they reached sight of Oregon. Just in case you were wondering, spoilers are on the way.

While it might be easy for many to watch this show and state that it did manage to build things up a bit here and there, the truth is in the history books that many settlers made the trek from far-off locations, but not everyone managed to see the end of the trail. The open prairie and all the threats it held didn’t make the trip any easier, and the constant threat of death that came in many forms was enough to silence many a traveler, leaving their stories untold and their legacy as a warning label for those that would come later. It’s melodramatic and sad to say, but 1883 puts a serious stamp on how tough the trail was.

But deep, inescapable sorrow that was to come was tempered by the tale that was told as Elsa’s narration, at times, sounded like that of a very passionate young woman that was doing her best to allow her adventurous spirit to soar while at the same time trying to make sense of a world that there was no preparing for. If anything can be said about the finale, it’s that it resembles a funeral march as it’s been established that there isn’t a lot that can be done for Elsa, other than to keep her comfortable and grant her final wish. The options left to the settlers and the Duttons aren’t the best, especially since getting caught in a mountain pass during the winter and braving the trip to Oregon would expose them once again to the wilderness in a manner that would likely be the end of them. But at that point, there’s no other choice. Trying to wrap one’s head around the idea of what this episode might mean is bound to be tough on a lot of viewers that have invested in the characters and the overall story. Having gone this far with the group, one can’t help but wonder if another season would have been possible.

There are talks of another season that has been floated around, but there’s also talk that it won’t happen. As of now, the latter feels like it might be more realistic given what happened at the end of this season. The end of the road turned out to be what a lot of people might have thought it would be like. Somehow Josef survived, despite losing his wife, while Noemi and Thomas, and her boys, received the most hopeful ending as they staked out their own plot of land. Shae’s ending wasn’t surprising, as he had little left to look forward to, other than the reunification with his family that he’d desired. Watching James holding Elsa in her final moments was a tragedy that many would cite as the showrunner’s way of bringing the fans down and reminding them of the many tragedies that befell those that sought the west with a vague hope and the kind of determination that can bend steel.

But as it goes with any story, perception and opinion go a long way toward how people feel about one tale or another. 1883 is a story of hardship, of sacrifice, and of loss on a level that many people might have felt in their lives. But it’s also a story of how the land that many of us call home was settled, from the worst cases to some of the most hopeful. Taking everything in a negative light is a good way to make this story feel like a savage punch to the emotions when the truth is that it’s a lot more even-handed than people might think. It all depends on how you look at it.