Back in the late 90s and early 2000s, Lindsay Lohan was one of the most popular Hollywood actresses on TV screens. For over a decade, the actress battled drug and alcohol abuse and bad PR. Between her frequent visits to rehabs and continuous harassment by the paparazzi, the Hollywood sweetheart soon fell off the spotlight.

As she gradually makes her comeback into Hollywood with the 2022 Netflix Christmas movie, Falling for Christmas, here are 15 interesting things to jog your memory about Lindsay Lohan. 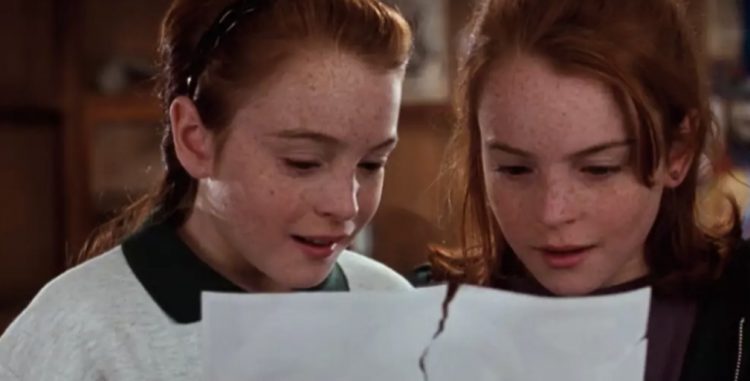 Most actors and actresses spend years in obscurity before getting their big break, but for Lindsay Lohan, she got hers when she was 11. Lindsay Lohan played the role of twin sisters (playing both roles) in The Parent Trap (1998) who had to live apart as a result of their parent’s divorce shortly after their birth. 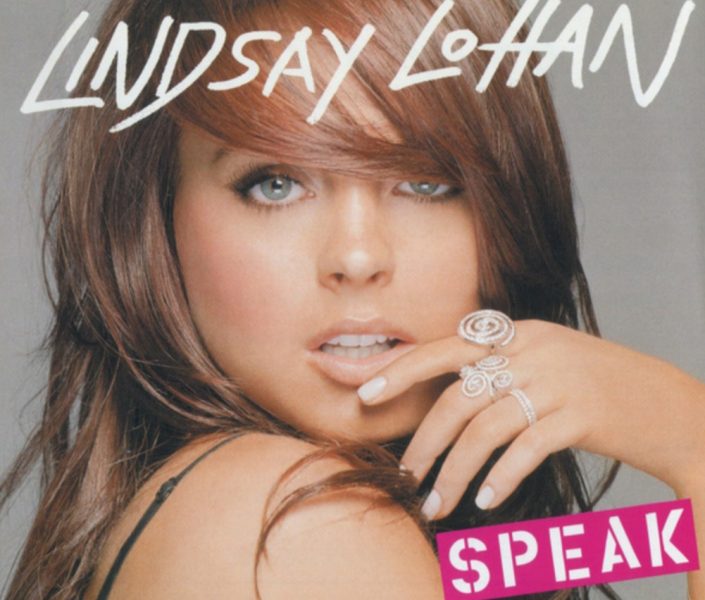 The actress also enjoyed success as a singer. Lindsay Lohan released Speak as her debut album and saw it rise to number four on the US Billboard 200 charts. Before being certified Platinum by the RIAA, the album sold over 250,000 copies in its first sales week. It went on to sell over 1.1 million copies in the United States alone.

3. Lindsay Lohan Began Her Modeling Career at the Age of 3 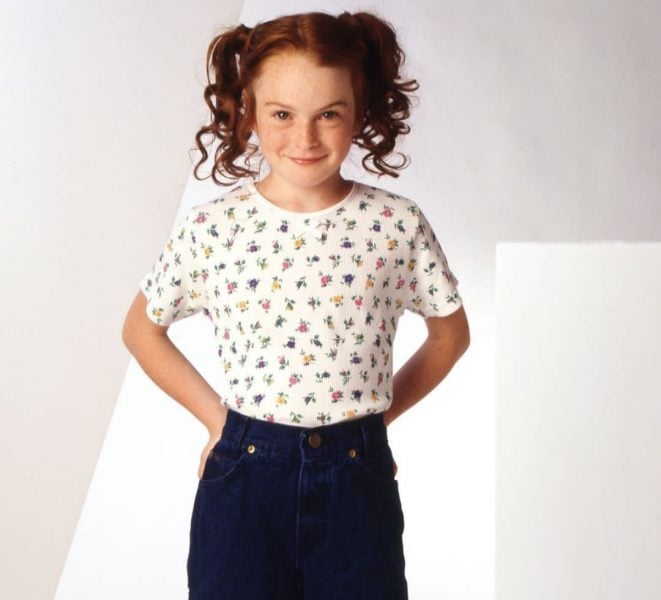 When most three-year-olds are still learning how to ride a tricycle, Lindsay Lohan was kick-starting her career as a child model. She was signed to the iconic Ford Models and over the years, went on to model for top clothing and brands across the US. Some of these notable brands include Abercrombie, Calvin Klein Kids, Wendy’s, and Pizza Hut, amongst others. In recent times, she has appeared in commercials for Fitness Planet, Pepsi, and Allbirds. 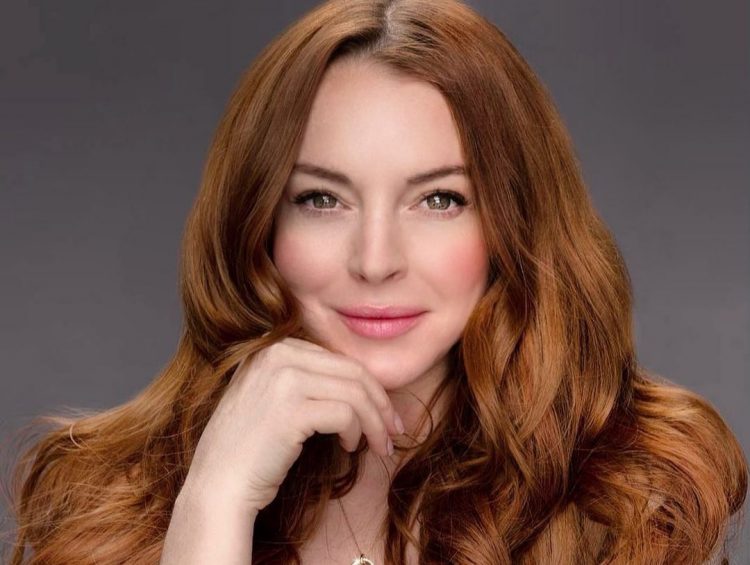 One notable physical feature of the actress from her heydays on TV screens is her natural red hair and freckles. She recently admitted that she’s still super proud of her red hair. As a kid, dealing with freckles was hard, but she has long come to accept it as her unique feature.

5. Lindsay Lohan Is Still Very Close to Her Family 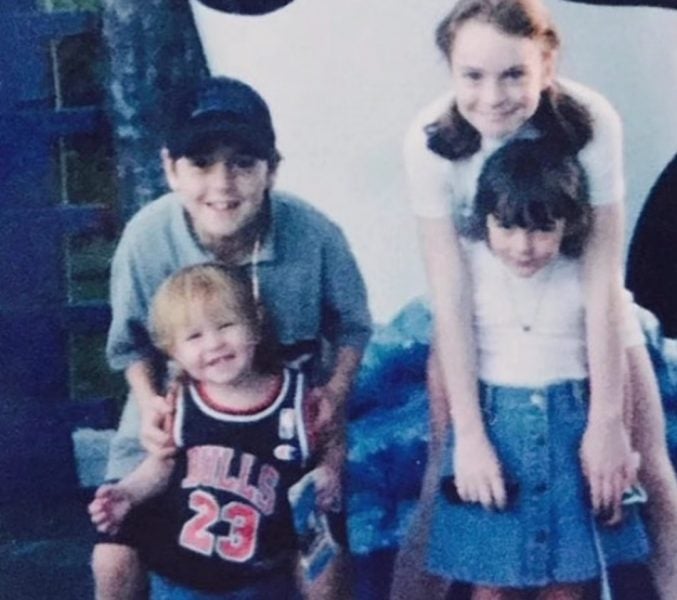 Few celebrities have had to survive the disgrace, demotion, and setback that Lindsay Lohan has had to deal with. Moreso, many blame her parents and family for not contributing and helping the actress stay grounded. However, in her recent Instagram throwback Thursday post, Conversations With Little Me, Lindsay Lohan says she’s still very close to her siblings, and still considers herself a mommy and daddy’s girl.

6. Lindsay Lohan Has Appeared in Numerous Top Television Shows Over the Years 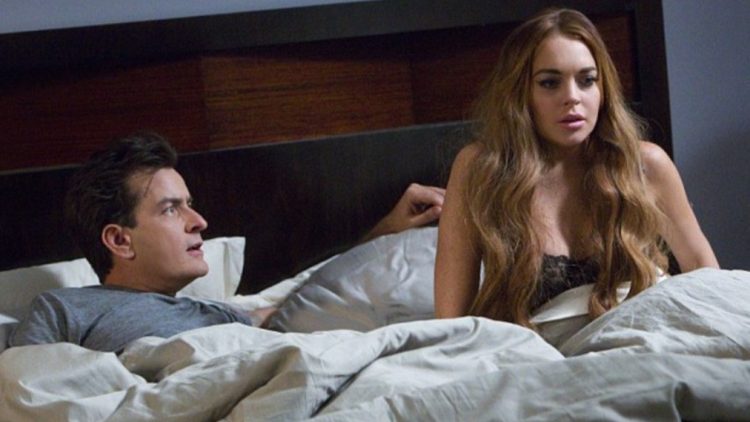 credit: Two and a Half Men

Lindsay Lohan may not have been in many films in the past decades, but she has made notable appearances in several top-rated TV shows. Good examples are ABC’s Ugly Betty, where she plays a recurring role as Kimmie Keegan in four episodes, Fox’s Glee which she comes on as a guest star in the episode, Nationals, as well as making an appearance as herself as a guest star in one of Two and a Half Men‘s episode, Charlie Gets Lindsay Lohan in Trouble.

At the peak of her success, Lindsay Lohan launched a leggings line in collaboration with Kristi Kaylor. Although the leggings line is now defunct, it later expanded to a full clothing collection.

8. What is Lindsay Lohan’s Highest Grossing Film Ever? 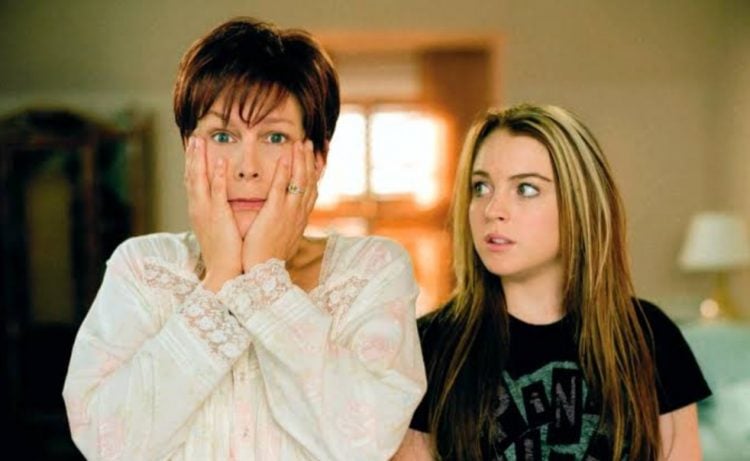 According to Box Office earning records, Freaky Friday (2003) has been Lindsay Lohan’s highest-grossing film in her entire career. With a production budget of $26 million, the movie earned a whopping $160.8 million at the Box Office.

9. Lindsay Lohan was a Judge on the First Season of The Masked Singer Australia 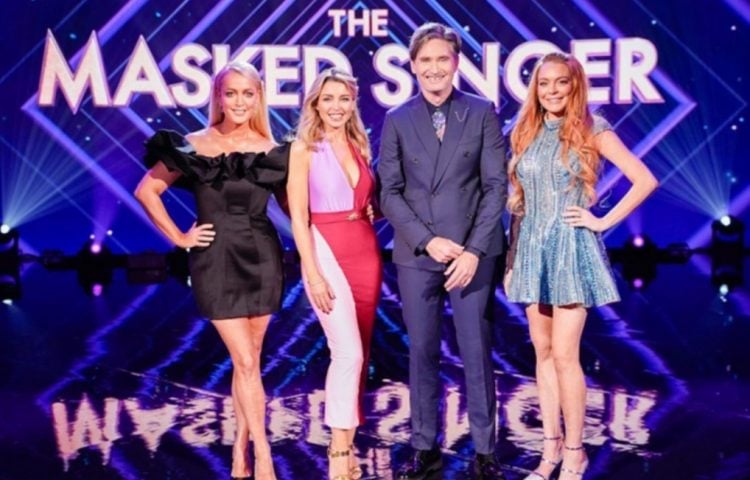 The Masked Singer Australia is a reality television singing competition show that premiered its first session on September 23, 2019, with twelve contestants across ten episodes. Lindsay Lohan sat as one of four judges hosted by Osher Günsberg. Other judges included Jackie O, Dave Hughes, and Dannii Minogue.

10. Lindsay Lohan Had Her Own Reality Show Called Lindsay 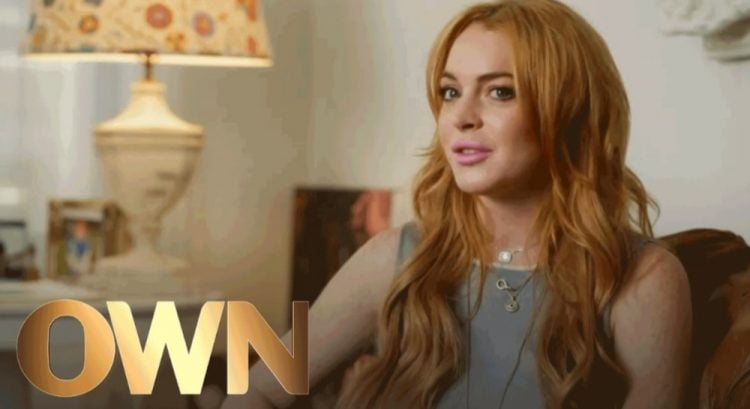 Lindsay was a documentary series that focused on the life of Lindsay Lohan after her rehab journey. The series premiered on Oprah Winfrey Network on March 9, 2014. However, the docuseries was received with mixed reactions. As much as friends and well-wishers hoped for the series to succeed, it was concluded on April 20, 2014, with ratings further dropping. 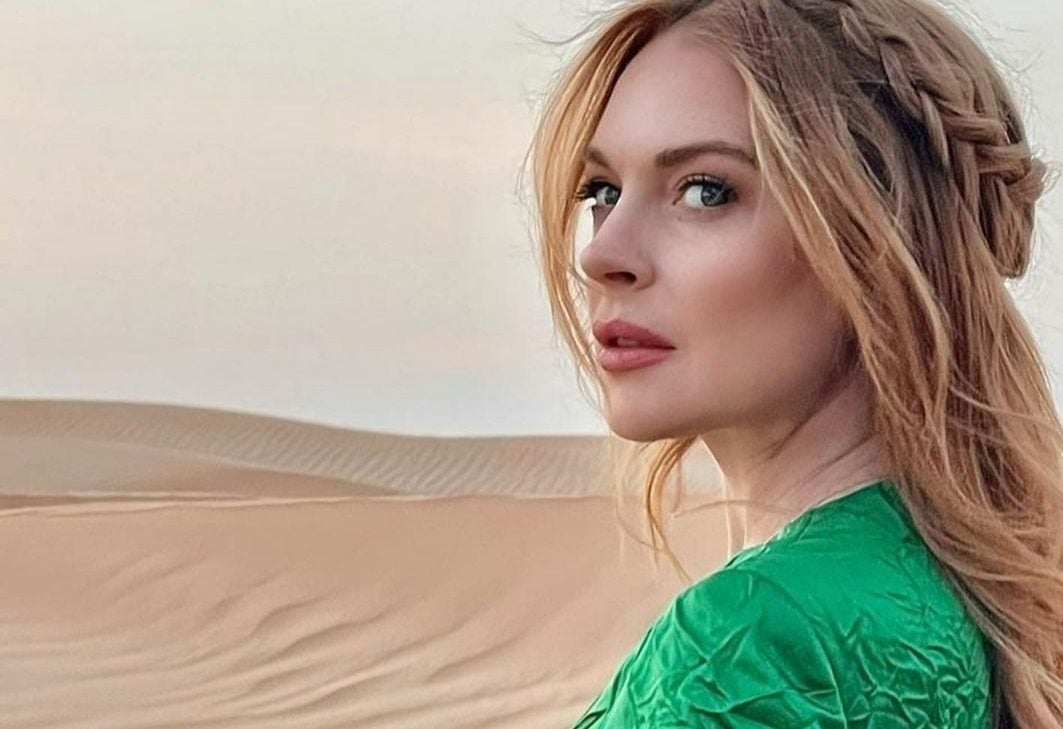 Lindsay Lohan became a regular on Hollywood tabloids with her continuous visits to rehabs and attitude on movie sets. In the heat of it all, and in a way to save her sanity, the actress packed her bags and moved to Dubai. This move became pivotal for many of her life changes. Away from the ever-watchful paparazzi eyes, the actress was able to reinvent herself. 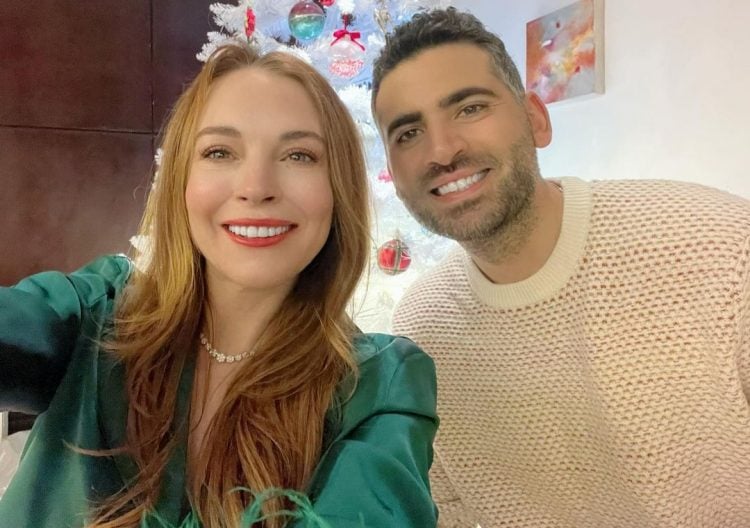 If you’ve been following the actress on social media, this shouldn’t come as a surprise. If you’re among those who have had a crush on her since she was young, it’s safe to say it’s time to move on. Although there had been speculations, the actress confirmed reports in November 2021 with an Instagram post announcing her engagement to Bader Shammas. Lindsay Lohan became Mrs. Shammas in a private wedding ceremony in July 2022. 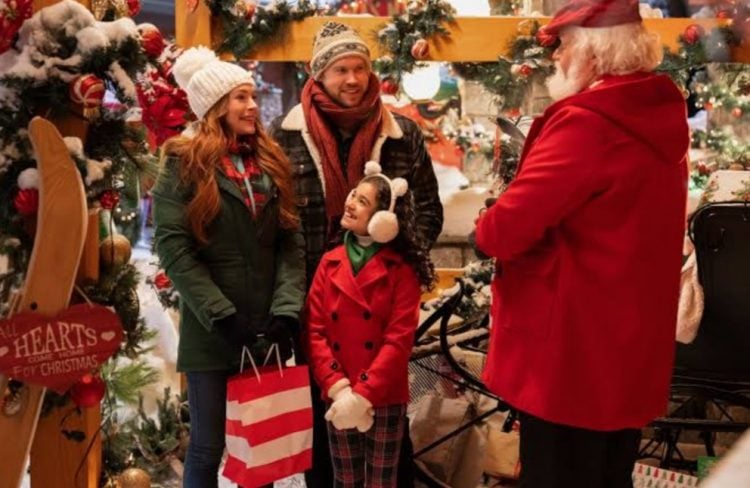 Fans and admirers of Lindsay Lohan’s acting had their wish granted with a Netflix deal that brought the actress back to the TV screens. The first film of the two-movie deal, Falling for Christmas, was released on November 10, 2022, as a Christmas movie special. Although no official release date has been announced for the second film, Irish Wish, the movie is currently in production.

According to Celebrity Net Worth, Lindsay Lohan has an estimated $2 million net worth. Undoubtedly, it is a far cry from what the actress was reportedly worth more than a decade ago. However, she has come a long way for someone making a conscious effort to return to her acting career. 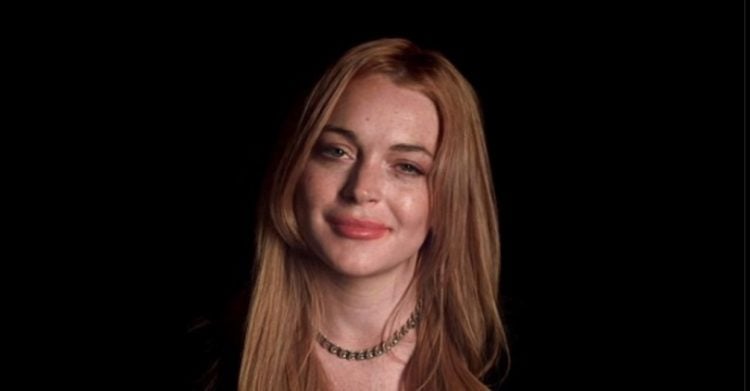 Definitely one with multiple talents, Lindsay Lohan doesn’t have films, TV shows, and TV commercials to her name; she has been featured in music videos by several award-winning musicians. Lindsay Lohan was featured in N.E.R.D 2008 lead single Everyone Nose (All the Girls Standing in the Line for the Bathroom), Lady Gaga’s V Magazine version of Applause, and Thirty Seconds to Mars’s 2013 song City of Angels, to name a few. 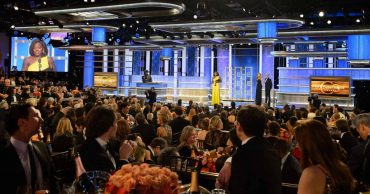 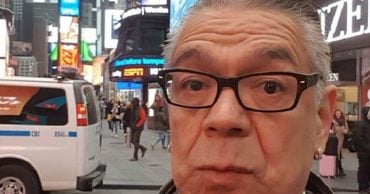 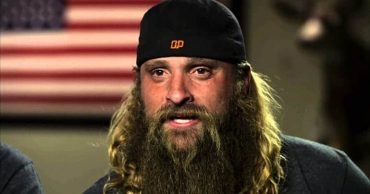 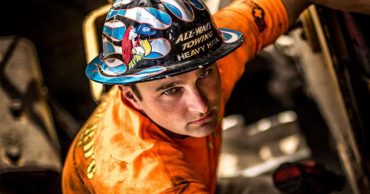 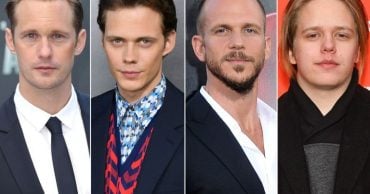 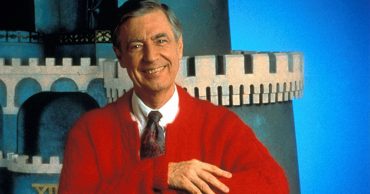