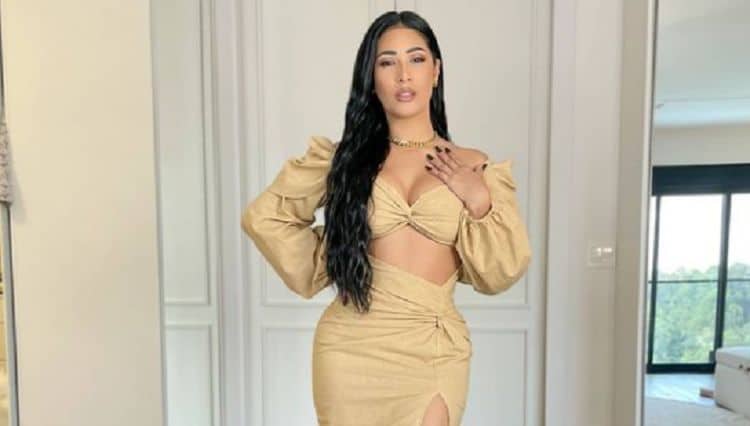 Simaria Mendes is a famous singer, and she’s had a long and successful career that’s kept much of her life in the spotlight. However, right now it is her marriage that is keeping her name in lights. She and her husband of more than 14 years announced in August 2021 that they are going their separate ways, and fans are distressed. The singer has had such a good life this far, and this is just heart

Simaria grew up in the 80s. she was born on June 16, 1982. She was born in Uibai, State of Bahia, Brazil. She spent her life there. She and her sister sing together, they grew up in Brazil together, and they have remained close their entire lives.

2. She is the Older Sister

She and Simone are quite famous together, and oftentimes their fans wonder if they are twins or if they are merely sisters. They are not twins, and Simaria is the older sister by two years. Simone was born on May 24, 1984, almost two years from the day after her sister was born.

Simaria and her husband, Vicente, have two children together from their 14-year marriage. Their kids are Giovanna and Pawel. She’s making it quite clear to her fans that while this difficult time is playing out in the press right now, it is not a new situation for them. She’s had time to work through this, to accept the future, and to find her happiness.

4. She Had Lovely Words

She made sure her fans know she is fine, but she did so with such grace. She said, “We are going to continue writing our lives, with beautiful stories, regardless of whether we are together or not,” and that is just the loveliest thing we’ve heard. They might not be together, but they do share two kids, and that means that they will have interaction for the rest of their lives.

5. She is Making Jokes

While the world is panicking for her and mourning the end of her marriage, we get the feeling that this is a long time coming and she’s had ample time to work through her issues and make herself all right. She makes a joke on her twitter page about it, and we think it means she’s good. She speaks of her impending divorce by asking who gets to keep the guitar and who gets to keep the dog, and we know after reading that…she is just fine.

6. She Thinks Fondly of Her Marriage

She is clearly a woman with a lot of wisdom. She doesn’t look back on her marriage with horror and anger. She is not regretful. She recognizes that while it did not end, there were many beautiful moments when they did work well together. She ended up with two beautiful children from her marriage, and that alone means she cannot and will not regret any of it.

7. She is Compared to Someone Famous

If you are wondering just how famous Simaria is in Brazil and why so many people are crying for the end of her marriage, it’s because she’s very famous. How famous, you might ask? She’s been referred to by more than one person on more than one occasion as the “Kim Kardashian,” of Brazil. Does that put her fame in perspective for anyone?

She is the master of keeping her life to herself. She shares her kids, she shares her marriage, and her personal life, but only to a very small degree. She is good about keeping as much of her life to herself as she can, and it’s done well for her. She’s a very private woman with a lot to offer, but she’s also been able to maintain an air of privacy in her life throughout her public persona.

9. She is Close With Her Family

Obviously, she is close to her sister. Their entire career was built together, but they are close outside of work. She is close to her sister’s husband, their family, and everyone else that helped raise them and bring them up. Family is important to this Brazilian singer, and it’s clear to us that she is going to continue to make that a point with her children even though she and her husband are going their separate ways.

Sure, being a famous pop star and multi-millionaire with tens of millions of people following along to see just a glimpse into your life each day might be wonderful, but it is not the best thing in her life. Simaria Mendes is a mom. Being a mom is the most important thing in her life, and she does not leave any room for anyone to doubt her on that one.