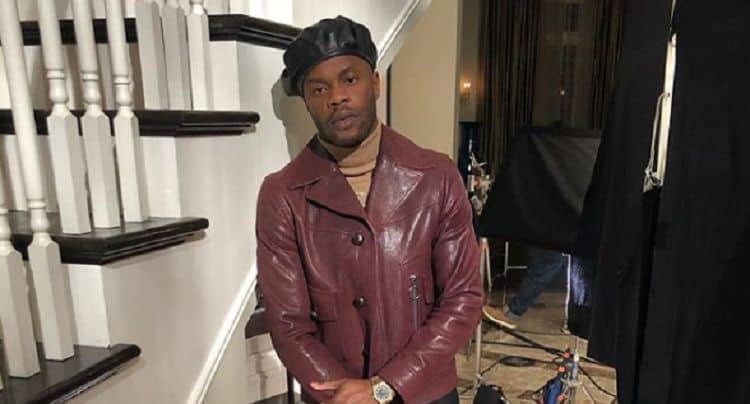 If you have watched “Dynasty,” you must have seen how Jeff Colby has transformed from being the man who would do anything for Fallon to a vengeful man determined to take down her family. The character is played by Sam Adegoke, who was born in Lagos but grew up in Minnesota. For a long time, Sam put aside his passion for acting to avoid disappointing his family; even when he decided to study theater, he could only do it in secret. Now the fruits of his labor are all over the globe for the world to see. Let’s look at how he became an actor despite having already started his climb on the corporate ladder.

1. He was afraid to pursue acting

Unless you want to be the black sheep in your family, you will strive to do what your parents want for you; hence, Sam wanted to get a “respectable” job like the rest of his siblings. He is the lastborn in a family of seven, and the rest are all doctors, so the pressure to measure up was always present. Besides, he had heard of people who tried their hand in acting and failed, and he was not ready to join that list, thus fear stopped him from pursuing his dream.

2. What made him take acting seriously?

As he told PopCityLife, the leap to acting was mainly due to two reasons. First and foremost, when he saw that his elder brother was breaking away from the family tradition and pursuing theater courses, Sam thought it was also worth a try. Secondly, his friend committed suicide in 2012, and it got Sam thinking about how fragile life is for one not to be living at their happiest. He realized he had to do what made him happy, and since in Africa, being emotional is a sign of weakness in men, acting presented the best platform to be vulnerable.

3. He requested to make the Colby family Nigerian

Some people will go to the grave denying their heritage but not Sam; he is proudly Nigerian and is not afraid to let the entire world know. Therefore when he landed the role of Jeff Colby, he requested the showrunner that they make his character a Nigerian. Consequently, the casting directors also have Hakeem Kae-Kazim, a Nigerian, play Jeff’s father. To further cement the Nigerian theme, Jeff not only wears some Ankara clothes, but he and his father also speak some Yoruba. For Sam, making the character his own was paramount in setting the reboot apart from the original.

4. He had a hard time growing as preacher’s child

“Preacher’s Kid” is only a movie that shows how children who grow up in a minister’s house try to balance the church life and social life. For Sam, it was his reality as a child; his parents were ministers, and they would ensure that Sam spent every free minute in church doing bible study, attending kid’s meetings, among other activities. Still, the need to socialize was necessary for Sam; hence he recounts an incident to Parle Magazine where he snuck out of the house to go to a dance. Unfortunately, his father showed up at the party, and Sam had to leave his date and go back home.

5. He did not watch the whole original series

Since the “Dynasty” remake is based on the 1981 original, Sam felt it was essential to watch it and get enough information before the filming of the reboot began. However, as much as he loved getting to see what the new series would be based on, he still checked himself and did not watch the whole original show. Sam reasoned that he needed to make the character his own, and if he saw how Jeff in the original series acted, he would have been influenced o be like him.

6. What sparked his interest in acting?

Despite wondering why he had to spend all his time in church, Sam still loved some of the activities. They used to have plays some based on the Bible and other fictitious stories with Christian teachings. The actor loved dressing up and embodying different characters, which made him want to pursue arts in high school and enrolled in an art course while in college. Unfortunately, nobody supported his vision; hence he thought business school would make his family happy.

7. He does not mind going against the rules

As much as Sam was brought up in the church, he does not find it a problem to go against the grain. Therefore even in church plays, he always played the people with undesirable habits, for instance, Judas Iscariot and Barabbas. By the time he was a teenager, Sam’s need for defying tradition also led him to save up and buy a motorcycle, something that his parents were against, but fortunately, his father did not get angry with him.

When Sam applied to be in ABC Discovers Digital Talent Completion, he was doing it for fun without thinking about taking home the prize. Still, with his natural artistic talents, he found himself competing against the 15,000 applicants and passing each round of elimination to become the winner. As announced on ABC Casting Facebook page Sam got a one-year, $25,000 deal with ABC. He also received a chance to be in the talent showcase either in Los Angeles or New York. With that, Sam’s acting career took off.

9. His advice to anyone afraid of pursuing their dream

Sam believes that whatever sets your soul on fire is what you are meant to be seeking; thus, you should fearlessly go for it. He opines that destiny always has a place for everyone, but only if you are willing to do the work needed so that the stars will align in your favor. He advises that no one should ever put out someone’s flame because the gut never steers a person the wrong way.

10. Why he studied menswear at the Academy of Art

Sam had always loved being creative; therefore, when he got a job at General Mills, he was content that he was in an environment that allowed him to explore his creativity. However, the corporate environment only offered him the chance to be creative internally, yet he was looking for external creativity. As a result, Sam resigned and cashed in his 401K to study menswear and theater.